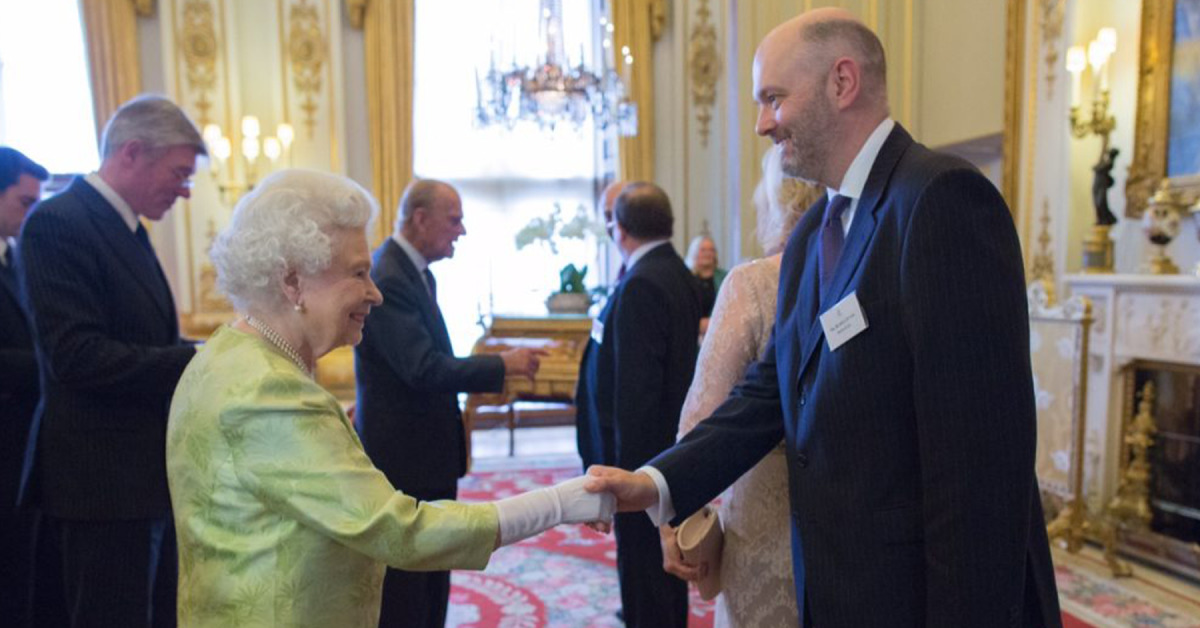 Russell Evans, CEO of Primeast, meeting the Queen in 2015 when the company won the award for the first time.

A Harrogate company that operates around the world has today won a Queen’s Award for Enterprise for the second time.

Primeast, which is based at Cardale Park, was founded in 1987 by John Campbell. It provides training and development in more than 40 countries.

The company, which was named in a list of 205 award winners, employs 30 people in Harrogate and now has a team of four based in its US office.

The business also won a Queen’s Award in 2015, as seen in the above picture.

Founded 55 years ago, the Queen’s Award is widely recognised as the top business accolade in the country.

The focus of this year’s awards was ‘promoting opportunity through social mobility’.

Coronavirus restrictions make it unlikely for winning businesses to get the customary invite to Buckingham Palace to accept the award.

A representative of the Queen will present the award at Primeast’s Harrogate office, later in the year.

“This is such fantastic recognition for the entire team who’ve worked with such commitment and passion and the clients who continue to support and partner with us.”

“In the last 12 months, British businesses showed the entrepreneurial spirit that this country is renowned for.

“They are continuing to drive social mobility, find new markets to export to and produce innovative products and services.”