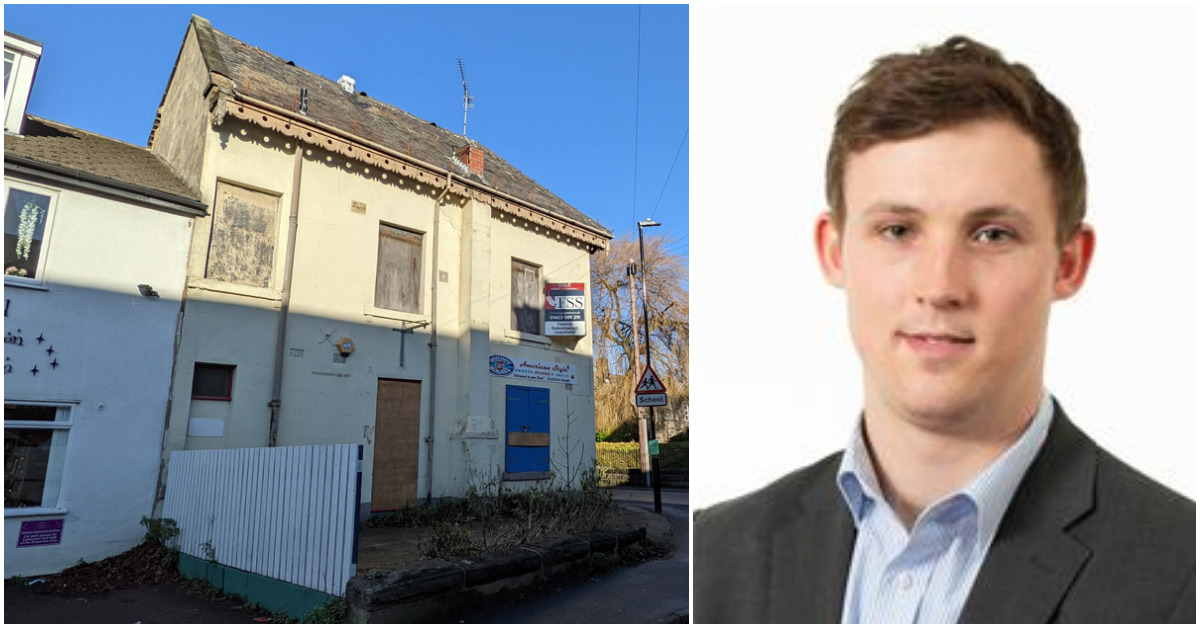 A Harrogate borough councillor has been encouraging residents to submit their views on a proposed mosque.

Harrogate Islamic Association has submitted plans to build what would be the district’s first mosque on the corner of Tower Street and Belford Road.

However, the two wards will join after May’s local government elections.

Cllr Gibbs, who is also the constituency agent for Chancellor and Richmond MP Rishi Sunak, asks in the leaflet whether people support the application and for additional comments.

Some people have raised concerns on social media about a councillor canvassing views on the subject.

However, Cllr Gibbs told the Stray Ferret he had only “circulated a leaflet – a neutral information piece that reported the details of the development factually”.

“As a local councillor I am aware that residents do not always realise when a development is submitted in their area.

“I also believe a good councillor does what they can to raise awareness of things that will affect residents.

“I do this regularly for planning applications. It is what good councillors do and it is certainly not unusual for me to do localised surveys on a wide variety of issues.

“This is about making it easier for residents to have their say and ensuring no one is disenfranchised.”

Cllr Gibbs has forwarded copies of replies sent to the local Conservative Party office on East Parade, Harrogate to the case officer dealing with the planning application at Harrogate Borough Council.

Residents have until this Sunday to have their say on the mosque. So far 80 people have written in support while 60 people have objected.

Households across Harrogate reported receiving anonymous leaflets encouraging them to oppose the plans with a guide on how to word the objection. Those leaflets had nothing to do with Cllr Gibbs.

“We appreciate that our application has drawn significant attention and have pledged to respond to any concerns.

“But we’ve also had people misrepresent us before through leaflets to residents and we’d ask anyone concerned to speak with us directly. We have nothing to hide.”

The HIA was established in 2011 and has been looking for a permanent place to convert into a mosque for years. Other attempts to find a home have fallen through.

Around 100 worshippers currently meet in the Quakers’ Friends Meeting House on Queen Parade.

“The council has a Planning Code of Good Practice for members and officers. Elected members are entitled to take an interest in planning applications outside of their ward.”