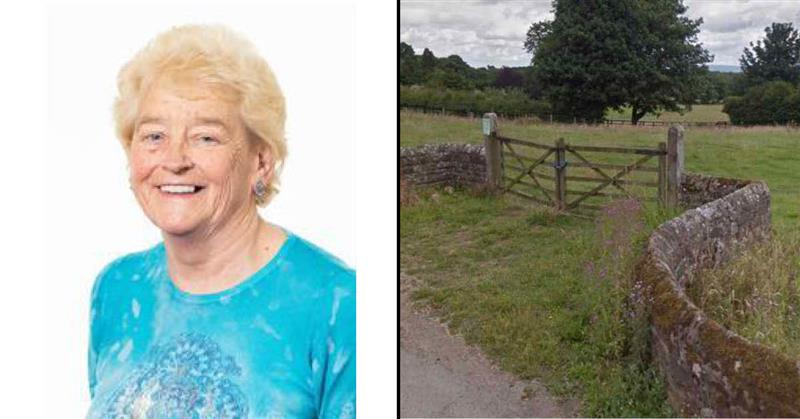 A Harrogate councillor’s second attempt for final permission to build a countryside home has been deferred because she could not prove why it needs to be so big.

Conservative cllr Margaret Atkinson was first granted outline permission to build the four-bed property opposite her existing home in Kirkby Malzeard in 2019 and has since made two failed attempts to secure a final go-ahead under a reserved matters application.

This is because the proposed home is classed as an “agricultural workers’ dwelling” which brings with it rules on size to ensure it can be affordable to any future owners. Cllr Atkinson’s plans include four bedrooms, a living room, dining room, kitchen, sunroom, an office, storage and two-bay car port.

A report from council planning officer Emma Howson said the plans were “considerably larger” than guidelines allow and that no evidence had been provided as to the 276 square metres of floorspace is needed.

This, however, was contested by an agent for cllr Atkinson who at a meeting last week accused the council of being “overly oppressive” in recommending the plans for refusal.

The recommendation was not supported by members of the planning committee who instead voted for a deferral to allow time for more information to be brought forward.
Cllr Zoe Metcalfe told the meeting last Tuesday.

“We need to have the whole picture,.We need to know exactly why they need a larger dwelling and come back to committee with that information.”

Cllr Stuart Martin, the mayor of Harrogate, also said he was “disappointed” that all of the facts were not brought forward for committee members to make a final decision. He said:

“I’m certainly not opposed to turning these plans down once I have the full facts in front of me but I would like to see the information and justification first.
“If the information doesn’t stack up, I will absolutely vote against it.”

“If we allow this to go through we will cause all kinds of problems in the future and it will look even worse when we know who the applicant is.
“There are so many policies against this that I do not see how we can actually approve it.
“If we are going to say there is a need for this then let’s make sure what is built there is an agricultural dwelling, not something that is much larger and grander.”

Cllr Atkinson – who represents the Fountains and Ripley ward – is a member of the planning committee but is not allowed to debate or vote on her own proposals.

Her plans will be brought back to another meeting in the coming months.