0 Items
Harrogate Discount Store to close this month
by 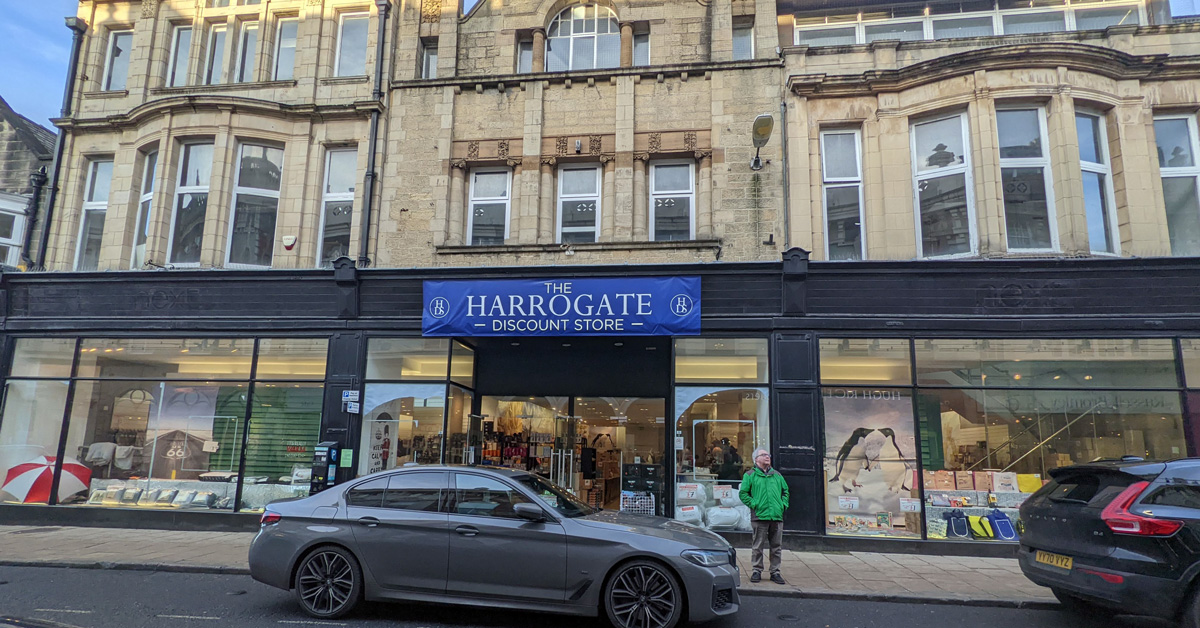 The Harrogate Discount Store has been a prominent feature on James Street for two years.

A discount shop which has operated in Harrogate for the last two years is set to close its doors at the end of the month.

The Harrogate Discount Store took on prime retail space on James Street on a temporary basis after Next moved to the Victoria Shopping Centre.

It will close on Tuesday, January 25 but the owners hope to find smaller premises elsewhere in the town centre.

The company moved in when the landlord wanted a business to fill the space while seeking planning permission for a renovation.

Harrogate Borough Council approved the renovation works, which include refurbishment of the shop front and the addition of separate access for the upper floors of the building, in December.

In the planning documents, the landlord said the proposal would improve the chances of attracting a “quality long-term tenant”.

Gavin Broadbent, who runs the Harrogate Discount Store with another employee on behalf of the owners, told the Stray Ferret:

“As far as I am aware, the landlord just needs the place back. We were only meant to be here for three months but that was two years ago.

“We have been on a rolling deal and have done quite well out of the place. We have been really busy so we are going to try and find somewhere a bit smaller in a couple of months.

“It has been great. We have really built it up to be quite well liked. It might not be everybody’s cup of tea being on a posh street in the middle of Harrogate but people like a bargain.”