Councillors gather on the steps of County Hall in Northallerton.

Harrogate district councillors are supporting the campaign to make York the home of Britain’s railways.

York is among six short-listed locations chosen by the government as potential locations to be the headquarters of Great British Railways.

The other shortlisted locations include Birmingham, Crewe, Derby, Doncaster and Newcastle.

Conservative, Liberal Democrat and Green party councillors from across the Harrogate district joined other North Yorkshire County Councillors in a cross-party show of support at County Hall in Northallerton for York’s bid.

Cllr Carl Les, leader of North Yorkshire County Council, said York’s selection would “be of huge benefit not just for York, but for the whole of the region as well”. He added:

“The bid by York is ambitious and shows the intent in both the city and across North Yorkshire to bring real economic benefits and the prospect of hundreds of new jobs, and could prove to be a defining moment for the region.

“York has a long and proud heritage connected to the railways dating back to the Victorian era, and it would be fitting for the city to be at the forefront of attempts to reform the nation’s rail network in the 21st century.

Great British Railways will be a state-owned public body that oversees rail transport from next year.

Analysis has shown that the new headquarters would add an estimated £110 million to York’s economy, creating 1,600 new jobs with 320 of those roles in the 700 most deprived communities within an hour’s train journey of the city.

York is already one of the biggest rail centres in the country, with 5,000 employees linked to the industry and major train operators based in the city.

The city is also home to the National Railway Museum, and the York Central project, which is one of the largest brownfield sites in the country, is centred around the city’s railway station. 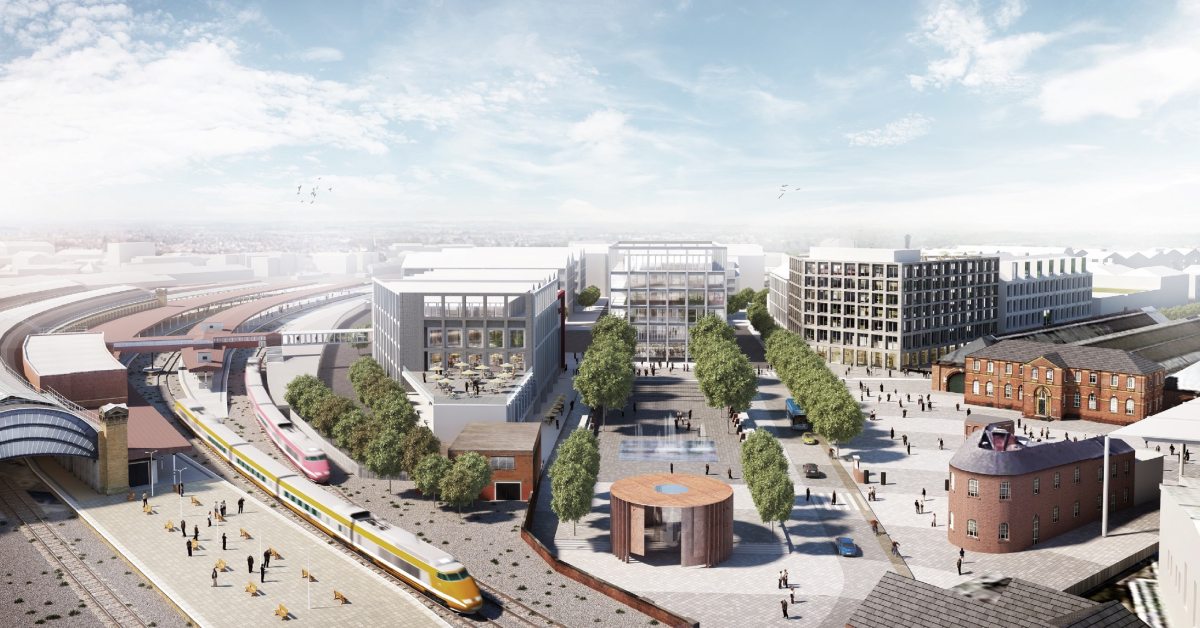 An artist’s impression of the proposed York Central development.

City of York Council leader Cllr Keith Aspden, said having Great British Railways’ headquarters in the city would open up opportunities across the whole of the region. He said:

“With 700 of the most deprived communities in the UK within an hour of York, the jobs created by locating Great British Railways in York could have a hugely positive impact on the levelling up agenda.

“Our rail heritage, expertise and skills from across the region and strength in innovation makes York the obvious home of rail.

People can vote to choose the town or city they would like to see host the new organisation but the final decision will be made by Transport Secretary Grant Shapps later this year.