0 Items
Tributes paid across Harrogate district for Harry Gration
by 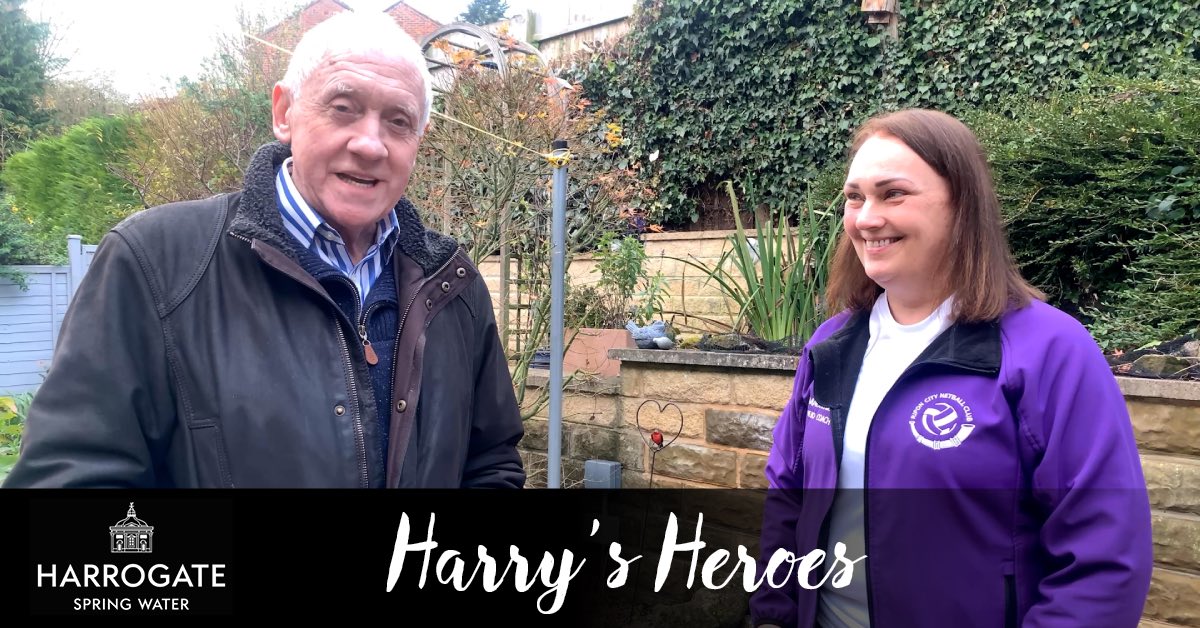 People across the Harrogate district have been paying tribute to Yorkshire broadcasting legend Harry Gration, who died suddenly on Friday.

Helen Mackenzie won Harry’s Heroes last year — a Stray Ferret  competition in partnership with Harrogate Spring Water and Harry to find the people in the district doing exceptional things to help others in the community.

Helen won for her role in starting Back to Basics in 2019 in Ripon, which gives families ingredients and instructions on how to make meals.

“I was so shocked and saddened to hear of Harry’s sudden passing.

“As Harry’s Heroes last summer I had the pleasure of meeting him in the flesh when he presented my award. It’s so lovely when you finally meet a celebrity and he turns out to be just as nice as he is on the telly.

“I was honoured to be the first Harry’s Hero. I am devastated that I am also the last. Hopefully this wonderful accolade can still be kept alive by Harry’s colleagues in his memory.

“My love and prayers go to his wife and family. Rest in Peace, Harry.” 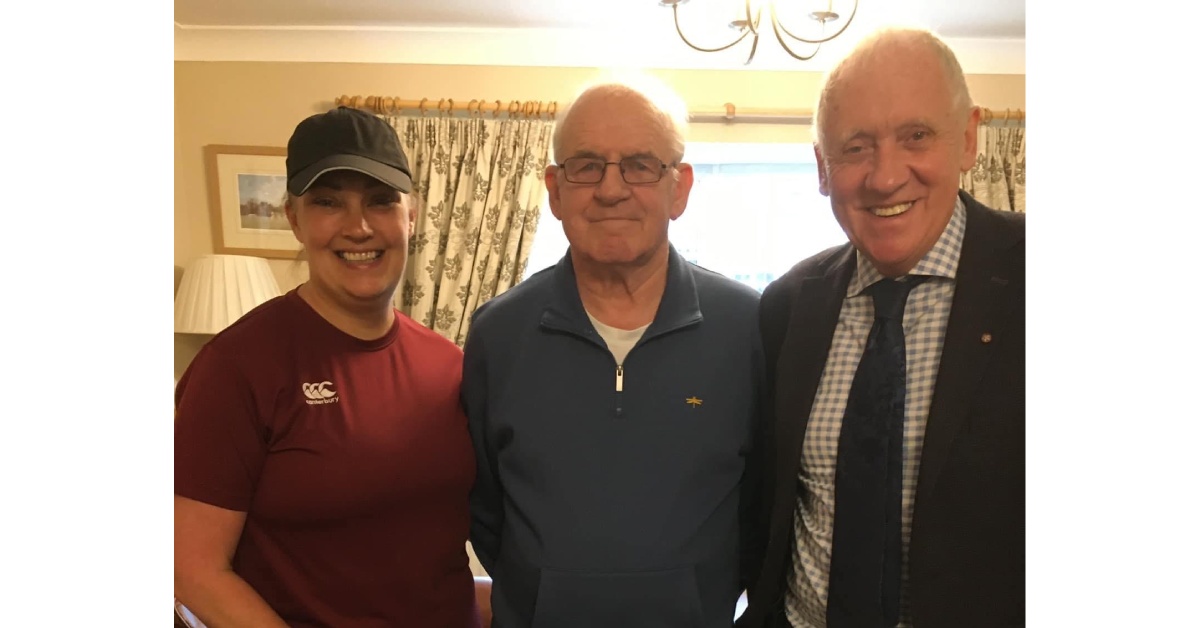 Harrogate Spring Water described Harry as a “true gentleman” in a tweet.

We were honoured to have worked with Harry on our Harry’s Heroes campaign. What a true gentleman. RIP Harry. https://t.co/Qat66Km7ne

“Together with Yorkshire, I am still in shock at such sad news. Can’t believe I was only sat listening to him last Saturday 18 June at the Harrogate Brigantes Rotary Dinner. So funny, entertaining and interesting. Always a supporter of local charities.

“Lovely memory of a news story we did with him on our meals service at Harrogate Neighbours. Was a pleasure to meet him on several occasions through the work I do as a member of the ICG board.” 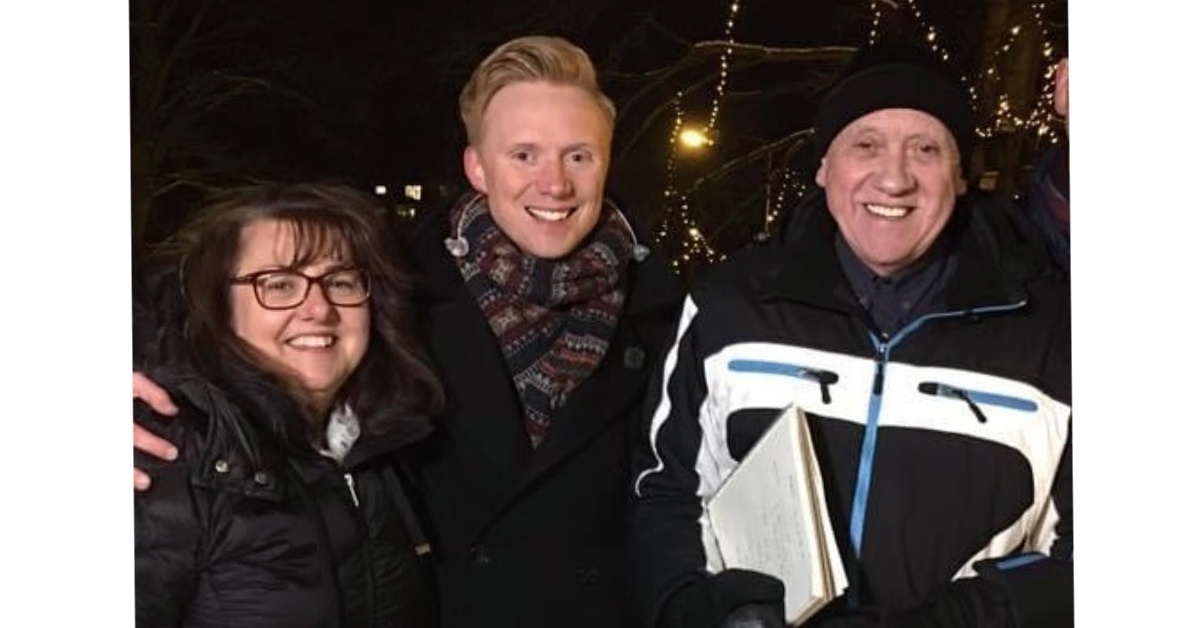 Artist Caryl Hallett designed the stained glass monument in Harrogate’s Montpellier district that was commissioned by Harrogate Borough Council to celebrate the town hosting the Tour De France Grand Depart. Harry came along to support when it was unveiled.

“He was interested, inquisitive, friendly, helpful, and charming.
“Hopefully, Caryl’s piece will be enjoyed by many for years to come and will help to represent a legacy that has been steadily building in terms of local cycling participation.
“There can be no doubt that Harry’s legacy as a journalist, presenter, and reporter of the very highest quality is firmly cemented in the hearts and minds of Yorkshire people. “ 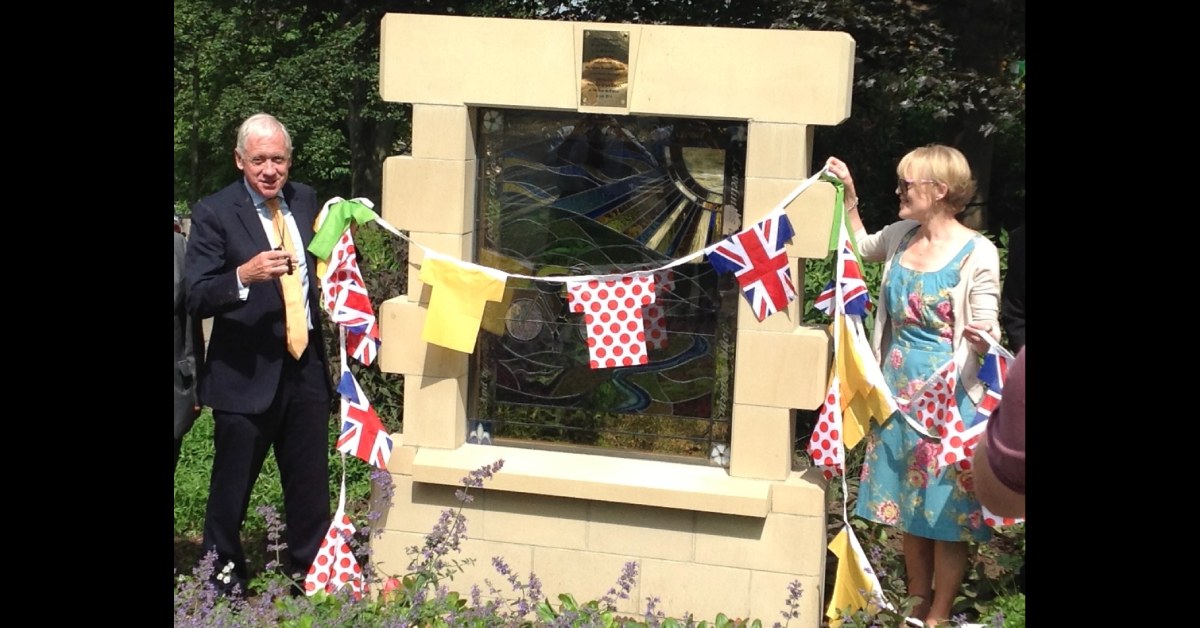 Caryl Hallett with Harry in 2014