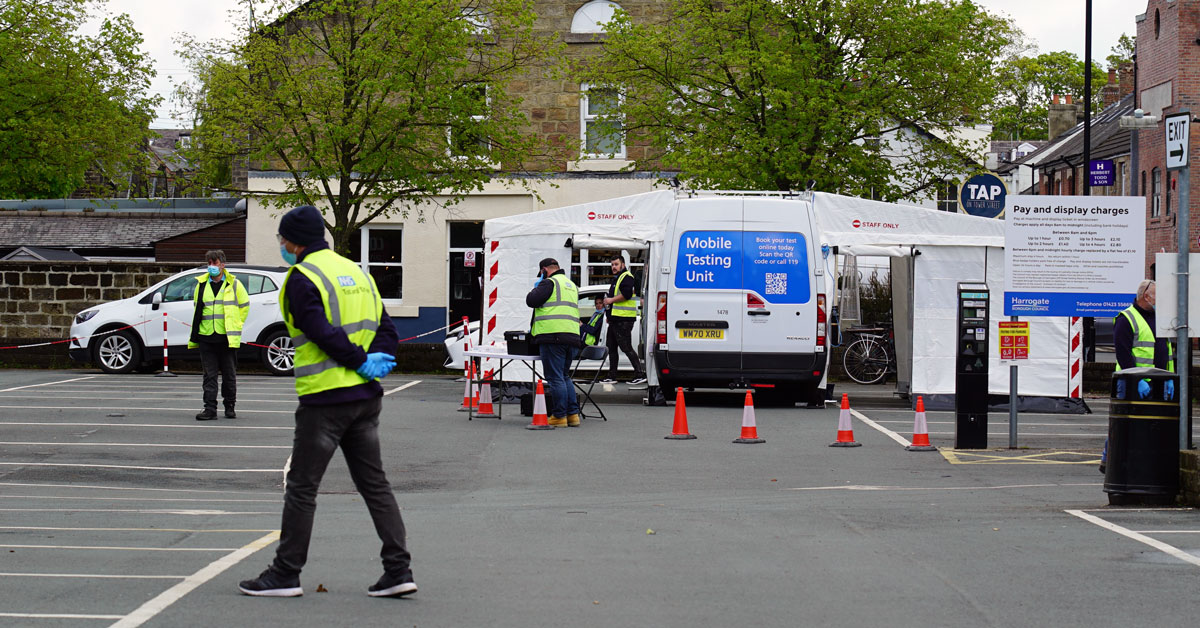 The mobile testing unit in Harrogate.

The Harrogate district’s covid infection rate has returned to levels not seen since March.

The news comes ahead of tonight’s expected government announcement that the planned June 21 unlocking will be delayed by four weeks.

The Delta variant first identified in India was confirmed to have arrived in North Yorkshire last month and Harrogate’s weekly infection rate has since more than tripled.

However, there were no covid patients in Harrogate District Hospital as of last Wednesday and it has been two months since it recorded a death.

Public Health England figures show the latest infection rate for the Harrogate district is 52 cases per 100,000 people – up from 16 this time last month.

The latest figure is also above the North Yorkshire average of 41, but below the England average of 70.

Meanwhile, more than 111,000 people in the district have now received their first covid jab and over 92,000 their second.

Under the roadmap out of lockdown, England was due to move to stage four on June 21 when events and venues, including nightclubs, would be allowed to operate without capacity limits, and the cap on guests at weddings would also be lifted.

But many scientists have called for a delay to enable more people to be vaccinated and allow more time for work on whether vaccines are breaking or weakening the link between infections and hospitalisations.

Speaking at a meeting on Thursday, councillor Carl Les, leader of North Yorkshire County Council, said with hopes of lockdown restrictions lifting now fading, “the race is on” to vaccinate as many people as possible as the spread of infections gathers pace.

“The light is still there but the increase in Delta variant transmissions is worrying. The trend is going upwards, hospitalisations are increasing and it also seems to be spreading into younger people who until recently seemed to be relatively immune.

“The race is on to vaccinate all of us as soon as possible. This is not over yet and we just have to be careful still.”