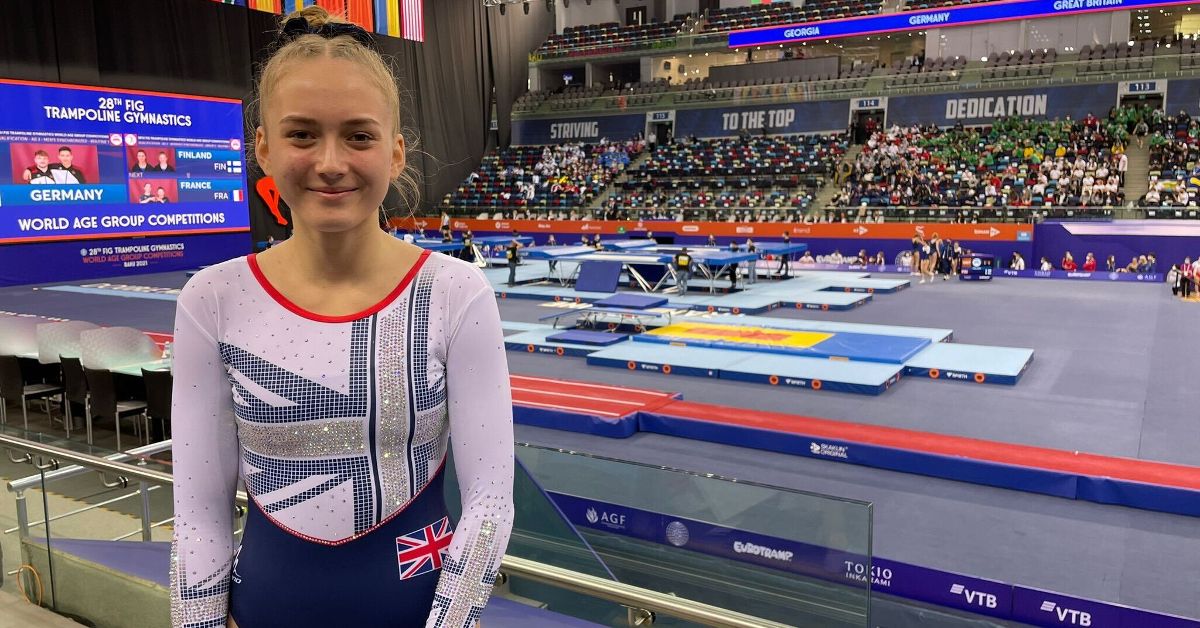 A young gymnast who trains in Harrogate will represent Team GB in the final of an international competition tomorrow.

Emily Lock, 15, will compete in the under 16s female category of the double mini trampoline at the Scalabis Cup in Portugal.

One of a team of three, she hopes to see off competition from seven other teams across two stages in the final, having already won a team gold this week. She said:

“I’m a bit nervous but mostly excited about the final.

“In my first class, I landed on the side pad so it wasn’t my best, but the warm-up didn’t go great which wasn’t the best preparation and I went into the class not feeling confident.

“I’ve been watching the videos back so I know what I need to do to get it right tomorrow.”

It hasn’t been a smooth journey to the competition for Emily.

Earlier this year, she landed awkwardly in training at Harrogate Gymnastics Club and sprained her ankle, forcing her to take five weeks off.

She missed important competitions and was concerned she wouldn’t be ready to travel to Portugal, but with a lot of hard work and support from coach Amy Clemitson, she made it. 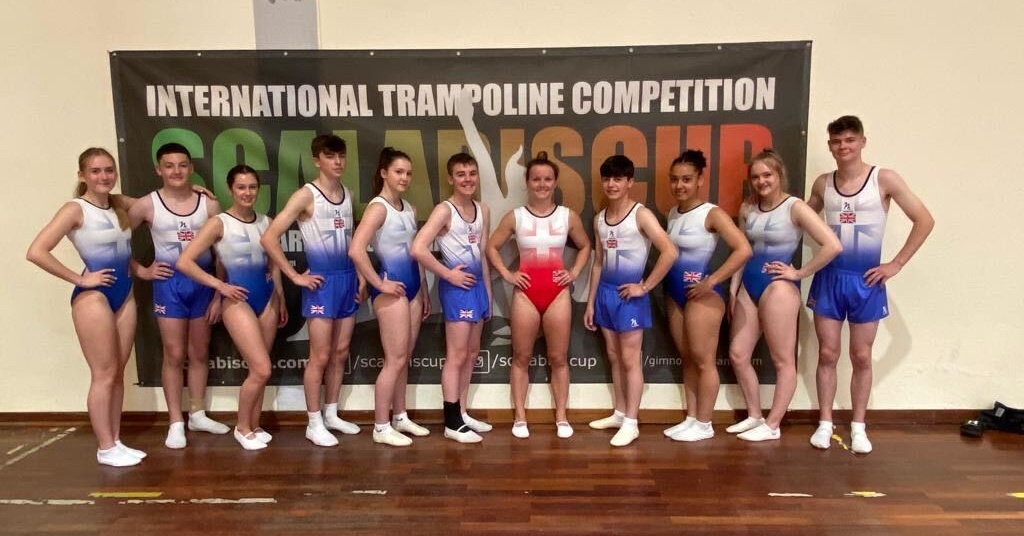 “Emily worked really hard and was determined to get there. It’s exciting when our gymnasts get chosen for competitions and we’re proud of them for the work they put in.

“They commit anything from three to five times a week after school and having to fit homework in around it too.

“These kids are brilliant – they put in the hours, they work hard and listen to all the feedback so they can improve.”

Aspiring young gymnasts from the club do most of their training in Harrogate.

If they are selected for Team GB, they travel to Lilleshall National Sports Centre in Shropshire a few times a year to meet their teammates and work with the coaches.

For Emily, who attends Tadcaster Grammar School, training has to be balanced against revisions for her GCSEs, which she will complete next year.

“It gets hard in competition season because you have to train hard. I have to fit in revision because I’ve got tests coming up.

“But I really enjoy competing so I want to keep doing it.”

The final of Emily’s competition will be available to watch live on YouTube tomorrow from 3pm.