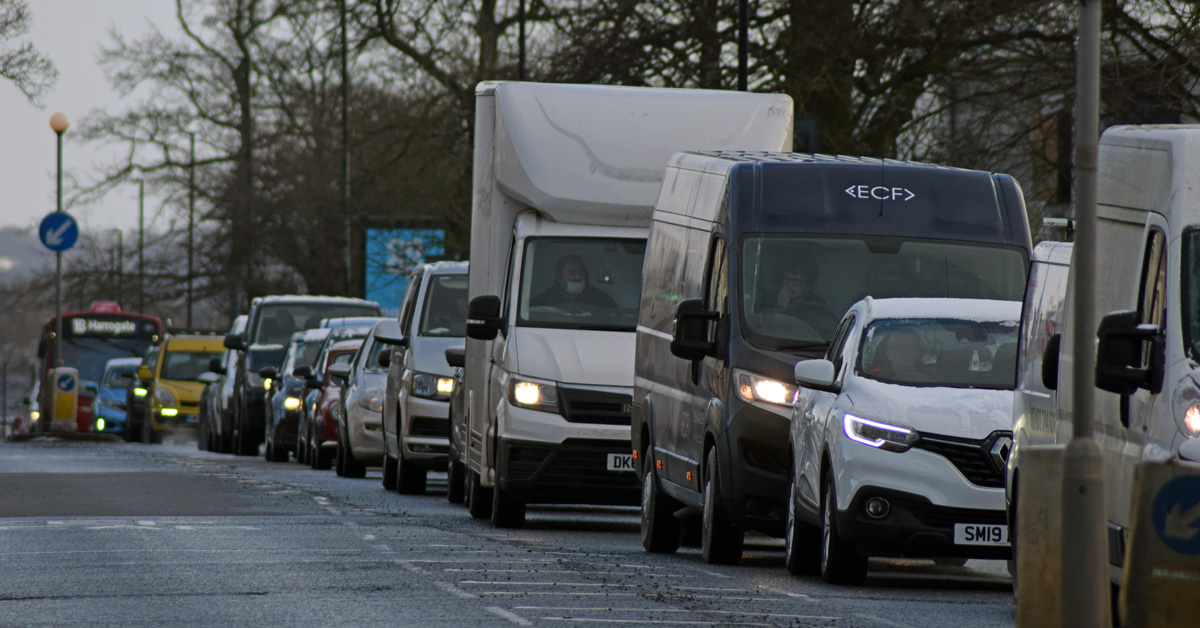 International charity Friends of the Earth says the Harrogate district has much more to do to tackle climate change.

It found that Harrogate is falling behind other areas when it comes to green transport, renewable energy, and housing emissions.

Friends of the Earth’s research found 31% of homes are well insulated in Harrogate which it said represents “a shocking and avoidable waste” of energy.

Currently, Harrogate produces 66,048 megawatt hours of renewable energy per year but the charity says at least seven times this amount is needed.

Regarding transport, it suggested that 23% of commuter journeys could be taken on a bicycle every day, yet only 2% are at the moment.

York performed much better where 12% of commuters cycle to work.

Rod Beardshall, transport lead for Zero Carbon Harrogate said the research shows that North Yorkshire County Council should “accept the scale” of climate change and invest in better cycling infrastructure for the district.

NYCC has been in the eye of the storm this week in over its six-month closure of Beech Grove, which provoked a fierce debate around the future of transport in Harrogate.

Harrogate fared better with waste. The research found the district reuses, recycles and composts 41% of its household waste, slightly higher than Leeds on 39% and Scarborough on 36%.

However, the charity says the figure needs to be closer to 70% if it’s to make a meaningful difference.

Whilst the charity said Harrogate has made average progress in tackling climate change it said there is potential to create over 3,000 local green jobs in areas such as heat pumps, insulation, and renewable energy.

Kirsty Hallett from the Harrogate District Climate Change Coalition welcomed the data and said it provides meaningful evidence on what needs to be prioritised in the district’s battle to improve the environment.

The government has a target for the UK to bring all greenhouse gas emissions to net-zero by 2050.

Friends of the Earth says to avoid “climate breakdown” we need to make deep cuts in emissions by 2030.

Researchers at the Tyndall Centre have published a detailed carbon report for every local authority and say that Harrogate should reduce its emissions by at least 13% per year.

A Harrogate Borough Council spokesperson said itself, North Yorkshire County Council, and individuals, all have a part to play in cutting emissions.

“The latest figures show the Harrogate district has had a 29% reduction per person in CO2 emissions over the past ten years which is positive news.

“However, we have ambitious targets and have agreed a package of measures that form part our climate reduction strategy. This strategy outlines an action plan for a number of priorities with an overall vision of having net-zero carbon emissions by 2038.

“The most effective projects for achieving our ambitious targets are not going to happen overnight but we are committed to working hard to we implement the right measures in the best way possible.”