0 Items
Harrogate History: The harsh reality of life in Harrogate during the war and the people’s resilience
by 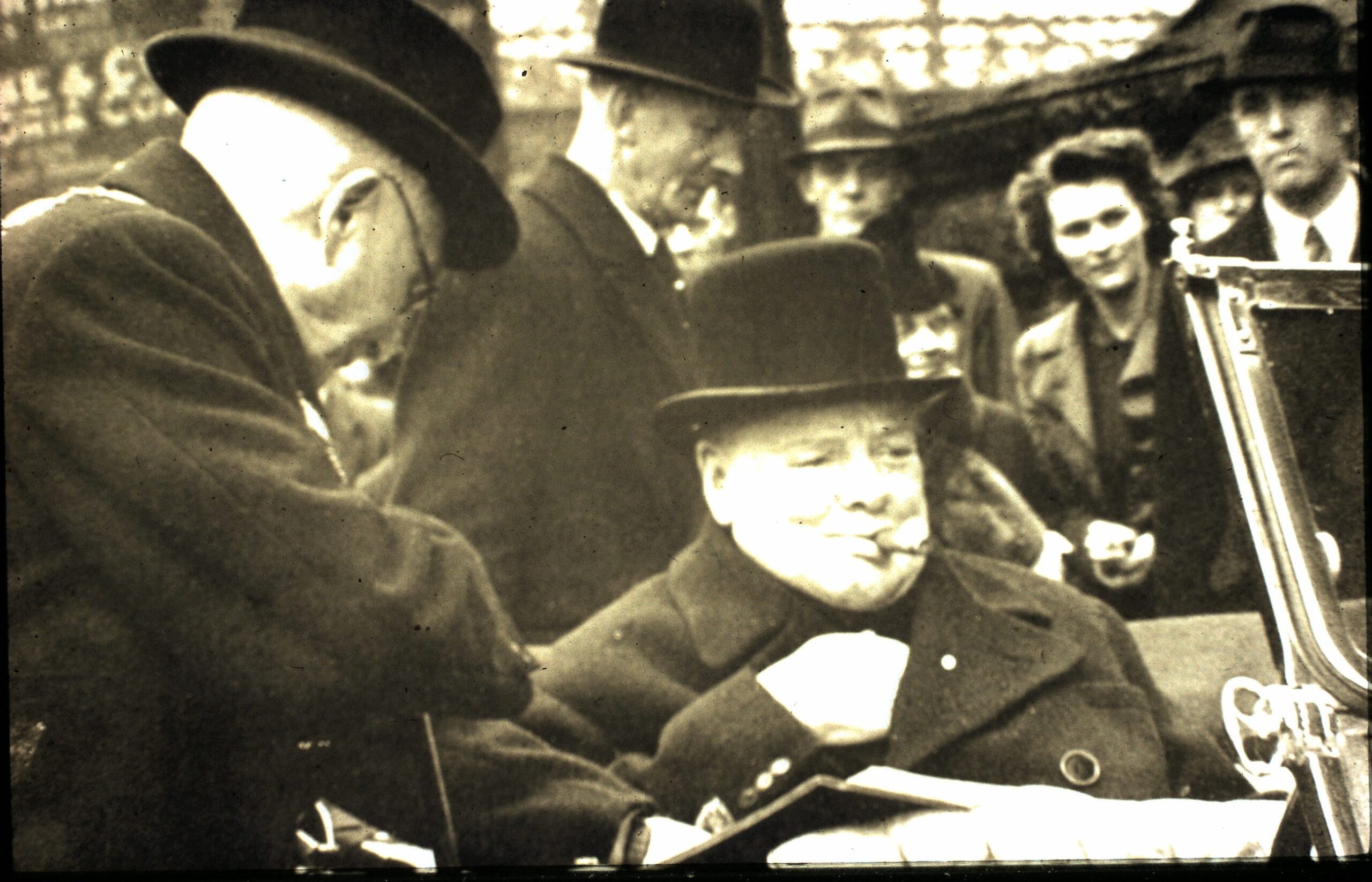 At the outbreak of war on 1st September 1939, Harrogate’s population experienced the greatest transformation of its history. There was a big influx of evacuated civil servants and their families from London and other major cities which the government feared would immediately be subjected to mass bombing. In addition, hundreds of evacuated children were billeted in the town. And then, within weeks, the town was made the centre for the allied pilots training scheme, whereby hundreds of pilots and other airmen – British, Australian, Canadian, New Zealanders, Indians, French, Polish etc. – eventually received training in the struggle against Hitler. Within weeks, Harrogate was crowded, the air being filled with often strange accents, some recognisable, others unfamiliar.

Then there were the new norms to be observed. Strict rationing of food, fuel and power, and the disappearance of many valued consumable objects from the shops, where queuing became an unwelcome practice. Conscription emptied the town of its young men, and so many of its young women took on new and unaccustomed work roles that the older generation predicted a social revolution after the war.

Harrogate’s schools were provided with air raid shelters, and staff and pupils drilled in what to do in case of an attack.  All children had to carry gas masks, as the horrors of the First World War were still within living memory. 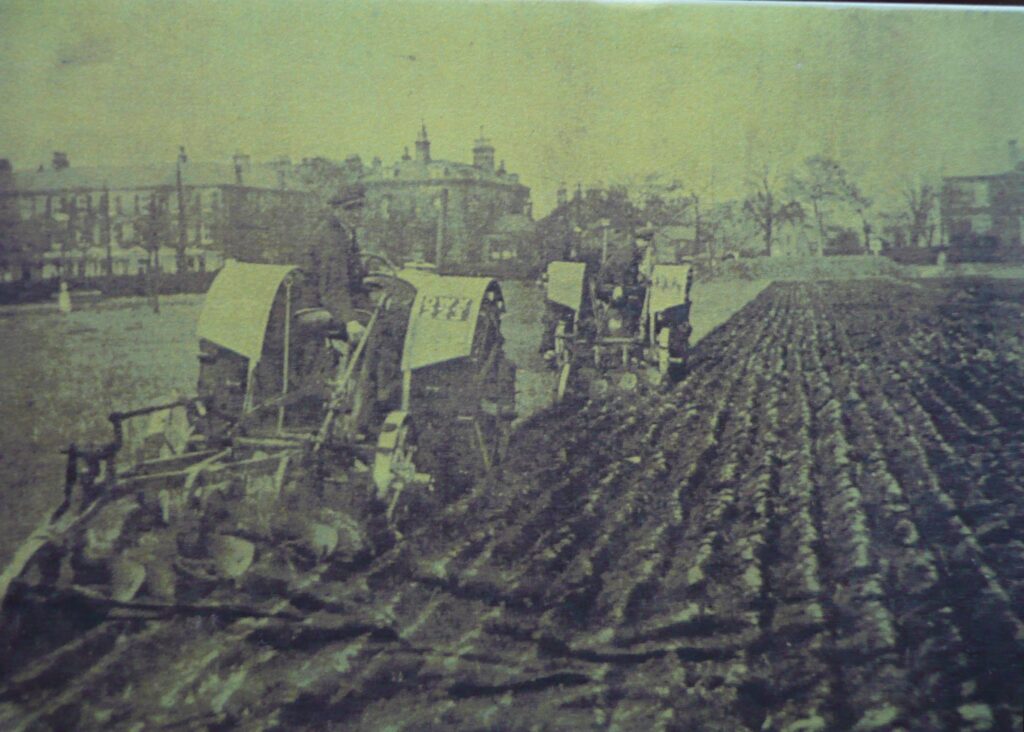 Ploughing on the Stray 1941

Within a month of the start of hostilities, the Stray was used to graze sheep, but in June 1940, the Council agreed to plough 102 acres to grow crops. The Valley Gardens flower beds were converted into vegetable plots, but as the local dogs caused too much damage, the beds were planted with annual seeds instead. Land throughout the town was used to provide allotments, including areas of the Stray at Leeds Road, the railway sides, the Granby and Empress. Several huge water tanks were put up around the town to fight fires, with one of the biggest located on the Stray opposite Victoria Avenue.

Salvage was collected assiduously, with most of the town’s ornamental railings being torn up and carted away. Pig bins became a common site, and even the grandest of houses kept a bin where scarp food was stored for weekly collection, although these soon became a source of complaint as they became smelly.

The town received a visit from a solitary Nazi bomber on 12th September 1940 when bombs were dropped on the Hotel Majestic, destroying the hotel’s great Wintergarden, a house in Swan Road, and blowing out nearly every shop window in the town centre. Naturally this only stiffened morale, which received a great boost when Prime Minister Winston Churchill and Field Marshall Montgomery visited Harrogate in 1944, where they were photographed with the Mayor at the railway station. 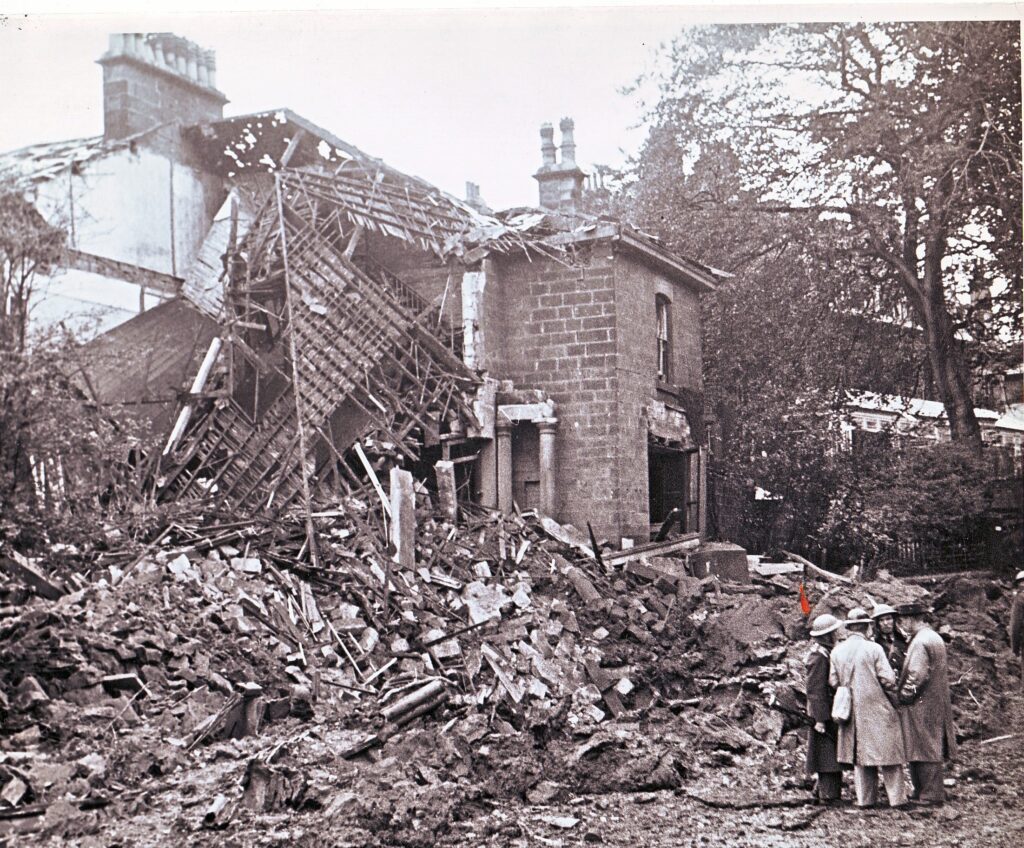 The bombing of Swan Road Villa 1940

Although the Royal Hall and the town’s six cinemas were all closed at the outbreak of war, due to fear of mass bombing, they soon reopened and provided much needed entertainment throughout the conflict. Many local amateur groups flourished, as did groups from the evacuated civil servants and the various military forces stationed in the town. At the highest of professional levels, all the big London theatres sent their shows to Harrogate, and in 1941 alone, visits were made by the Royal Opera House, Sadler’s Wells, The Royal Ballet, the Old Vic, and the London Symphony Orchestra.

Humour thrived, and the British Restaurant chain became the butt of many jokes about gristle, bone and lumpy custard, Harrogate’s British Restaurant being housed in Wesley Chapel’s School Room. At an official level, the Council agonised about the future of the Spa, and everyone knew that things would never be the same again when peace was declared. 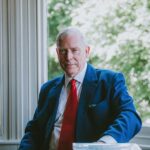 This is the first time Malcolm has written for The Stray Ferret- and we will be publishing much more from him in the future as he has kindly agreed to write many histories of Harrogate for us in the coming year.  We hope you enjoy reading them.