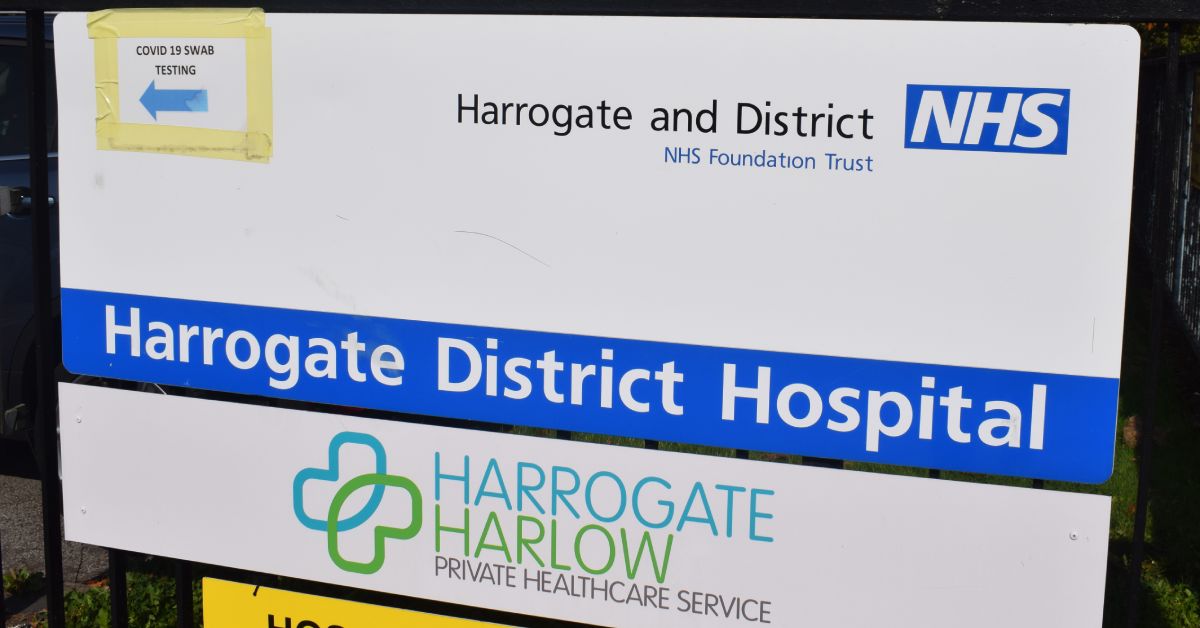 The number of covid patients at Harrogate District Hospital has almost halved in two weeks.

There were 14 patients at the hospital on Tuesday – down from 25 on 8 November. The figure has been falling since the start of the month, although the hospital has still been reporting Covid-related deaths.

The latest death of a patient who died within 28 days of testing positive was on 18 November, with the hospital’s death toll since the pandemic began standing at 198.

This comes as the Harrogate district’s weekly infection rate of 551 cases per 100,000 people remains above the England average of 427. The rate has also climbed above the North Yorkshire average of 546 after dipping below it at the weekend.

In an attempt to prevent a surge of infections before Christmas, government guidance has this week been updated with a focus on more lateral flow tests.

People are now advised to take these rapid tests if they expect to be in a “high risk situation” that day, such as spending time in “crowded and enclosed spaces”.

“We continue to promote testing before attending events, which fits in with the new government announcement promoting lateral flow tests before high risk events including Christmas events and shopping.

“Hopefully this will encourage more people to take a test before attending events.”

Meanwhile, booster vaccines are now available for everyone aged over 40.

Sixteen and 17-year-olds initially offered a single dose can now also book a second after a recommendation from the government’s scientific advisers who concluded it was safe and effective.

These can be booked online or by calling 119, however, there are still no walk-in sites available in the Harrogate district.

NHS officials previously said they would open these sites “as soon as possible”.