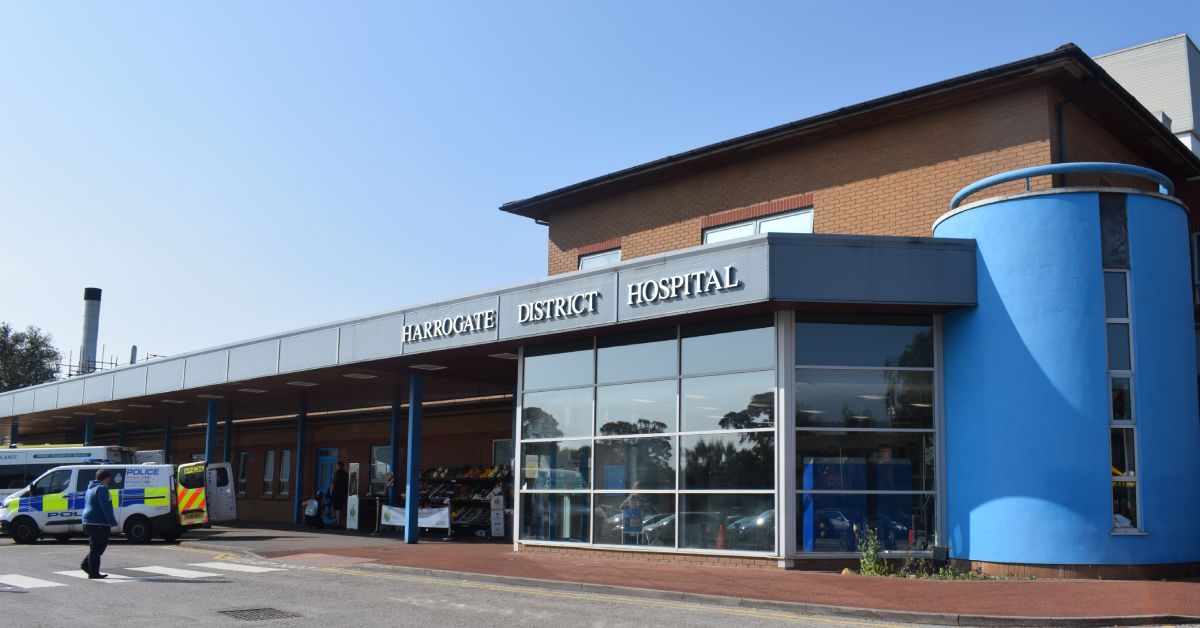 Harrogate District Hospital recorded an increase in heat-related illnesses during this week’s record-breaking temperatures as it also warned of extra pressures from a further rise in covid patients.

The hospital saw a 10% increase in visitors with conditions such as heat exhaustion or heat stroke, while covid patient numbers have tripled to 33 since the end of June.

Dr Matt Shepherd, deputy chief operating officer at Harrogate and District NHS Foundation Trust, said demand on services was “higher than we would typically expect” for summer and that there is “no doubt” much of this was due to the pandemic.

“We need to ensure that the people in our care and our staff are not unduly affected by increasing temperatures and we have severe weather plans in place to address any issues.

“Waiting times to be seen during these times can also be longer than usual due to demand.”

Temperatures are easing today after approaching 40 degrees in the district yesterday when North Yorkshire Fire and Rescue Service declared a ‘major incident’ on the hottest day ever recorded in the county. It said today it had ‘stood down’ this status.

Gosh it was a hot one yesterday! ☀️ As you know we, like most other fire services around the country, declared a major incident due to the level of demand. The good news is we have now stood down this status and have returned to expected levels of demand.

As well as causing a surge in demand for emergency services, the heatwave also led to cancellations for train services and forced some schools to shut.

The forecast for today is still warm, but cooler on Thursday and Friday with highs of 19C in Harrogate.

Covid infections and hospital admissions have been creeping up since the end of spring and after the emergence of the BA.4 and BA.5 sub-variants of Omicron.

Dr Shepherd said while most patients are not falling seriously ill with the virus, it was still causing pressure for the hospital which is battling long backlogs.

“Since we emerged from lockdown, our priority has been to reduce the backlog for operations and treatment.

“The increased number of planned operations being performed has added to the pressures, but it has meant we have been able to reduce our waiting lists and no longer have any patients who have been waiting over two years for treatment.”

The Harrogate district’s weekly infection rate has been climbing steadily over the last few months and currently stands at 288 cases per 100,000 people.

The latest figure is up from 52 in May, but well below the previous peak of 1,007 in March.

The increase comes as the government has announced that everyone aged 50 and over will be offered a booster vaccine this autumn to top up their immunity.

Younger people at high risk from covid, as well as health and social care staff, will also get the booster.

“Covid vaccinations have been extremely successful in reducing the severity of the virus, however, the highly infectious nature of the new variants is having an impact at our hospital.

“Thankfully, most patients who have tested positive are here for other medical issues or surgical procedures rather than having acute covid symptoms.

“However, in most cases it does mean that their treatment cannot be progressed until they test negative, which increases the time they need to stay in hospital and reduces the number of beds we have available.

“Whilst we are much better prepared at treating covid than we were two years ago, this virus has not gone away and it still has a significant impact on the hospital and is still a threat to people’s health – particularly vulnerable or unvaccinated patients.”