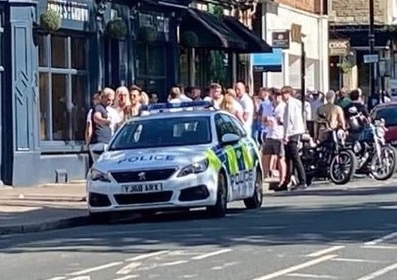 The owners of Three’s a Crowd and the Coach and Horses on West Park Stray said they followed government guidelines when they opened over the weekend to sell take-out beer.

On Saturday afternoon crowds outside the two pubs led Harrogate police to urge the public to stick to social distancing as people blocked the pavements and were not keeping 2 metres apart.  It led to a large amount of concern on social media that people are giving up on the rules.

John Quinlan of Three’s a Crowd told The Stray Ferret that safety was their priority:

We worked with the North Yorkshire police to monitor social distancing and they were supportive and helpful throughout. Helping us maintain the safety of our guests within the boundaries of our pub.
The majority of our guests were sensible and followed the social distancing measures set out with only a few that decided to ignore these. With the Stray being closed directly opposite and people beginning to congregate we decided to close early and stop serving, asking people to disband.

Mr Quinlan said his staff had cleaned up the street and public bins of any litter afterwards. Three’s a Crowd did not open on Sunday. 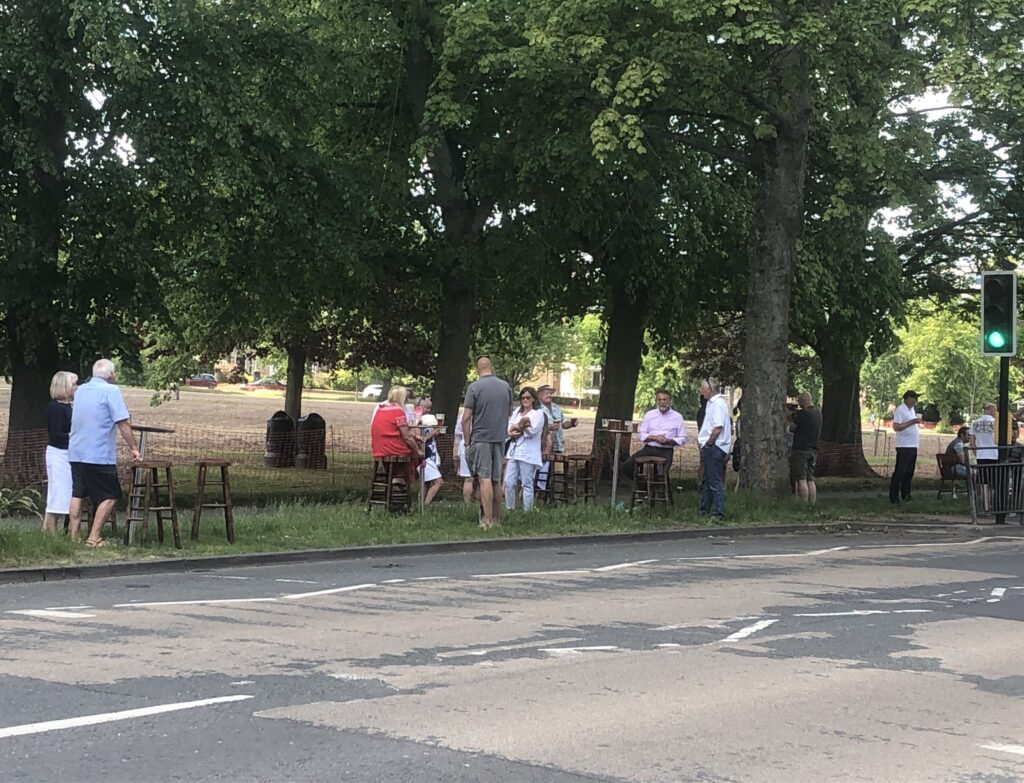 At the Coach and Horses, owner John Nelson, said the pub had opened up as a garden centre selling plants and refreshments with all proceeds going to local charity, Horticap. Mr Nelson opened the pub again on Sunday. Inside dozens of plants lined the one-way system that snaked through to the bar where staff served behind a plastic shield. Mr Nelson said:

“You can go to Waitrose and buy a can and sit on the Stray and drink it or you can come here and buy a drink and do the same thing. The only difference is that every penny we take is going to Horticap. Saturday was the first day and a one point it did get crowded outside. You learn – today we’ve put chairs up on the other side of the road so that the pavement outside is free and we’ve put an extra barrier outside.
I have a licence to sell beer either on and off the property- what rules am I breaking?”

Whether Mr Nelson will be allowed to keep his chairs and tables on the other side of the road though, remains to be seen.