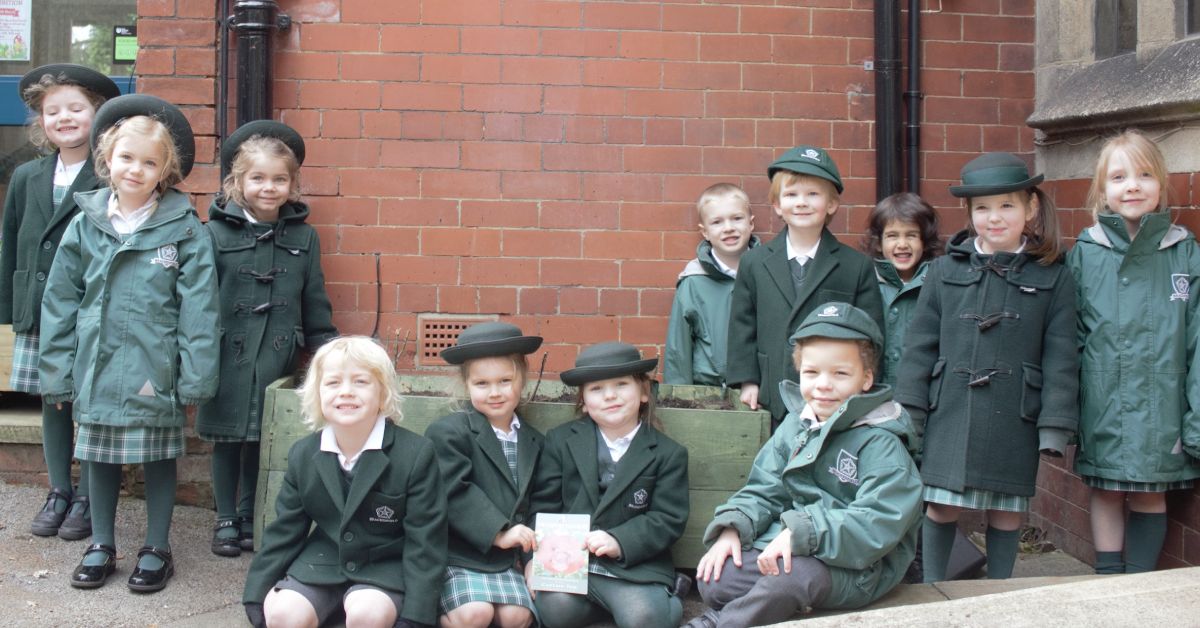 Children at Brackenfield School in Harrogate have planted a rose garden in memory of their hero Captain Sir Tom Moore.

The reception children at the independent school followed Captain Tom’s journey during the autumn term.

They admired his determination and positivity and even adopted his inspirational quote “tomorrow will be a good day” as a daily mantra.

Captain Tom red roses, a variety named in memory of the war veteran, were planted where the children will see them grow on their way into school each day.

“Sir Captain Tom Moore has made a profound impact on the entire nation, including our young children at Brackenfield, who were greatly inspired by his outlook on life.

“The pupils thoroughly enjoyed creating our new rose bed, providing a space for our entire school community to reflect and a fitting tribute to Sir Captain Tom.”

The war veteran became a national treasure during the first lockdown when he began walking 100 laps of his garden at the age of 99 to raise money for the NHS.

By the time he’d finished he had raised over £30 million.

He died on February 2.