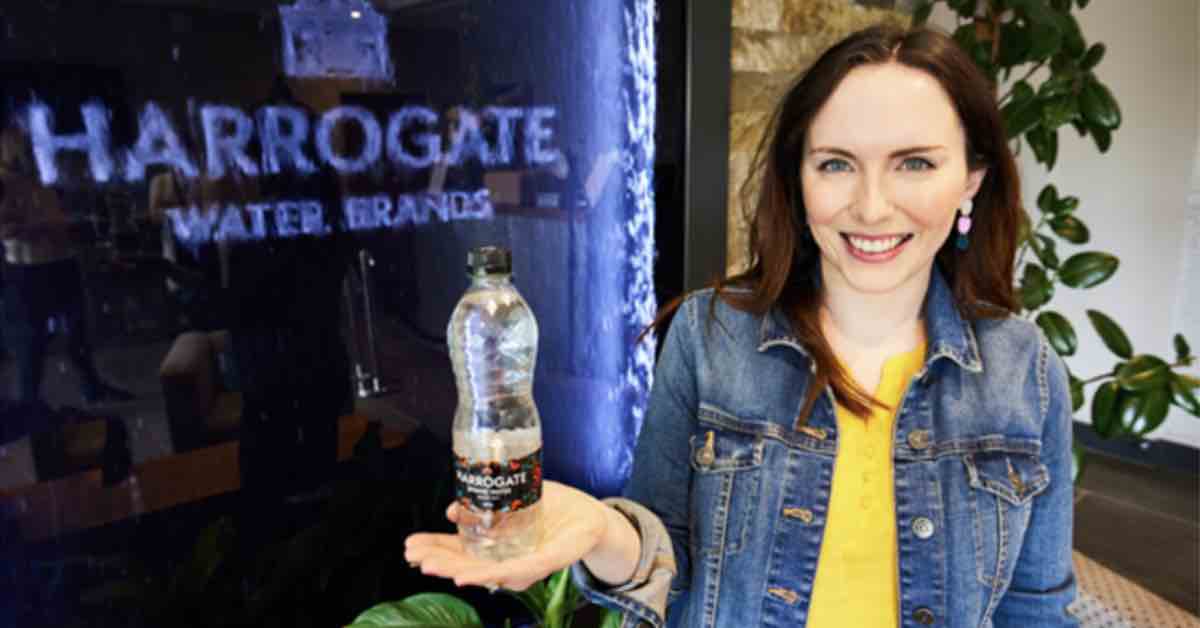 A local designer has won Harrogate Spring Water’s international competition to design a new label for its water bottle.

The brief was to create a design celebrating the diverse culture of the Royal Albert Hall as it reaches its 150th birthday.

The winner of the competition was Jane Katherine Houghton, 30, from York. She studied graphic design at Northumbria University before relocating to London for work, but has recently moved back north to Harrogate.

Ms Houghton said she’s “over the moon” that her design won. She plans to use the £4,000 prize money to support her small stationery and greetings card business.

“I first saw the competition advertised on Instagram. I didn’t expect to win, it was only something to add to my portfolio.

“Being originally from Yorkshire and having lived in London for several years, it was truly an honour to be able to create a design that fused together the love I have for my two homes.”

The managing director of Harrogate Spring Water, James Cain OBE, said he was “overwhelmed” by the quality and number of designs submitted to the competition.

“(Ms Houghton’s) design had the perfect balance of our two brand identities, fused together with a beautifully clever kaleidoscope pattern, which felt suitably celebratory.

“The design was both a nod to our Victorian heritage, but with a contemporary edge that looks ahead to the future. Simply put – we loved it.”

The bottle will be available for the next two years from the Royal Albert Hall and selected retailers.