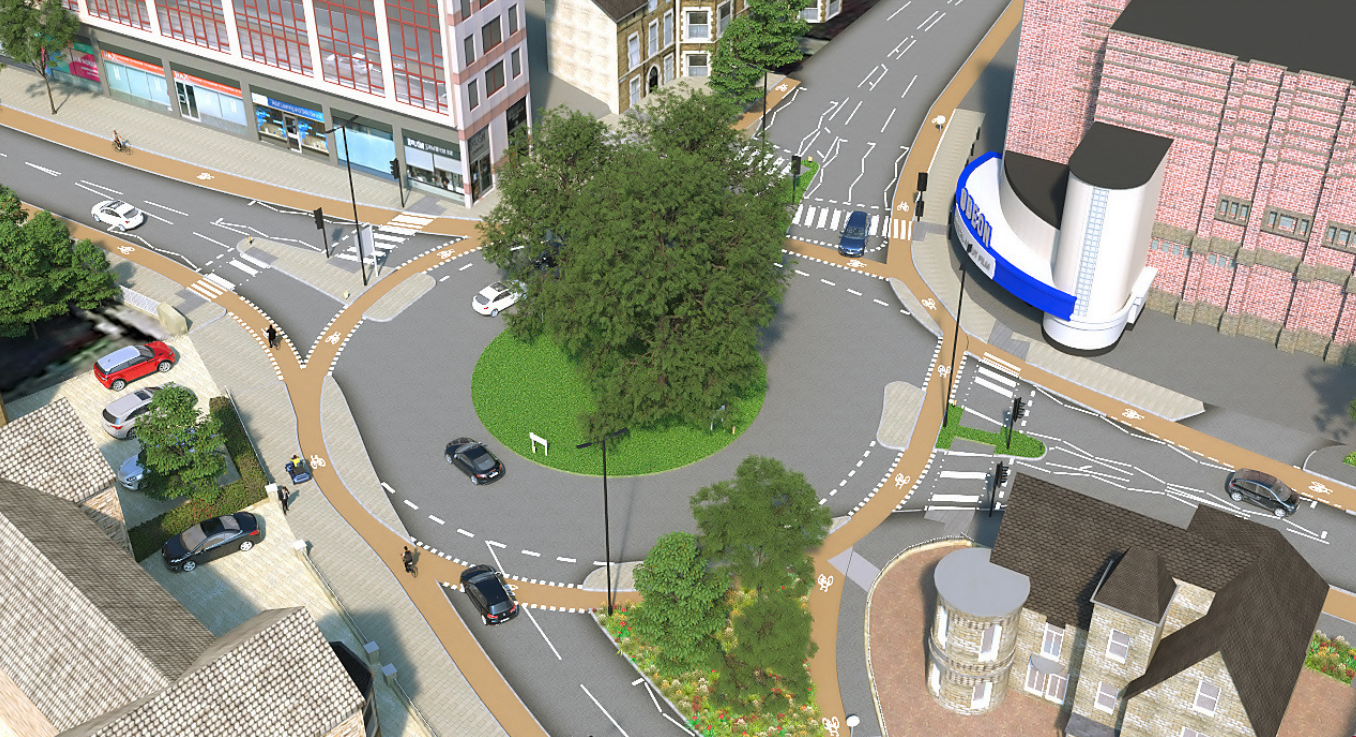 The roundabout near the Odeon would be made more cycle-friendly.

Councillors look set to give the green light to the £10.9 million Harrogate Station Gateway in just over a fortnight’s time.

Work on the scheme, which aims to make the town centre more attractive to cyclists and pedestrians, is then likely to begin in spring or summer.

The designs are not expected to be amended significantly despite considerable opposition from residents and businesses.

North Yorkshire County Council, which is the lead partner, is set to make a decision on the gateway at its executive meeting on January 25. 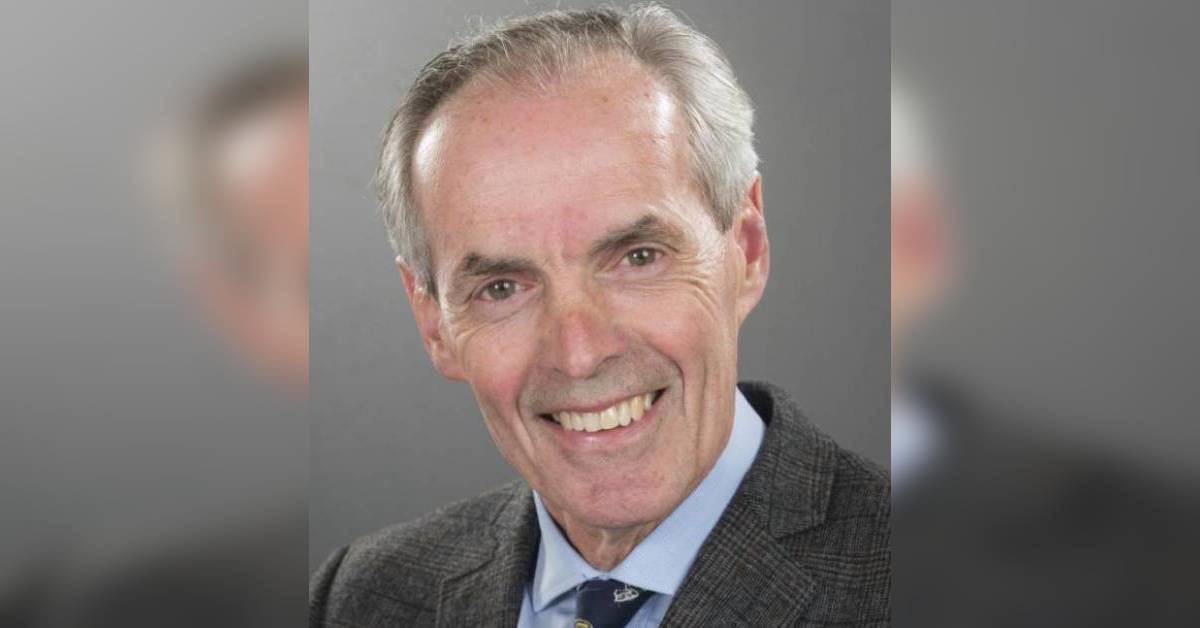 Don Mackenzie, executive member for access at the county council, told the Stray Ferret it was “likely” the initiative will be recommended for approval. He said:

“I am indeed expecting that the executive will be asked to make a decision on the Harrogate Gateway scheme at its next-but-one meeting on January 25.

“It is likely that a report will be presented with recommendations to proceed with the project.

“I do not expect the design to differ to any great extent from that which has been consulted upon last year, although we may give authority for minor changes as progress is made, should they be required. That is not unusual in such cases.

“All of this is dependent upon a positive decision to proceed.”

Last week the county council rejected a 714-signature petition by Harrogate Residents Association calling for the project to be halted.

The petition followed the publication of consultation responses, which revealed that of 1,320 people who replied to an online survey, 55% feel negatively, 39% positively and five per cent neutral towards the scheme. One per cent said they didn’t know.

Anna McIntee, co-founder of the group, accused the authority of “ploughing ahead” with the project without listening to concerns. 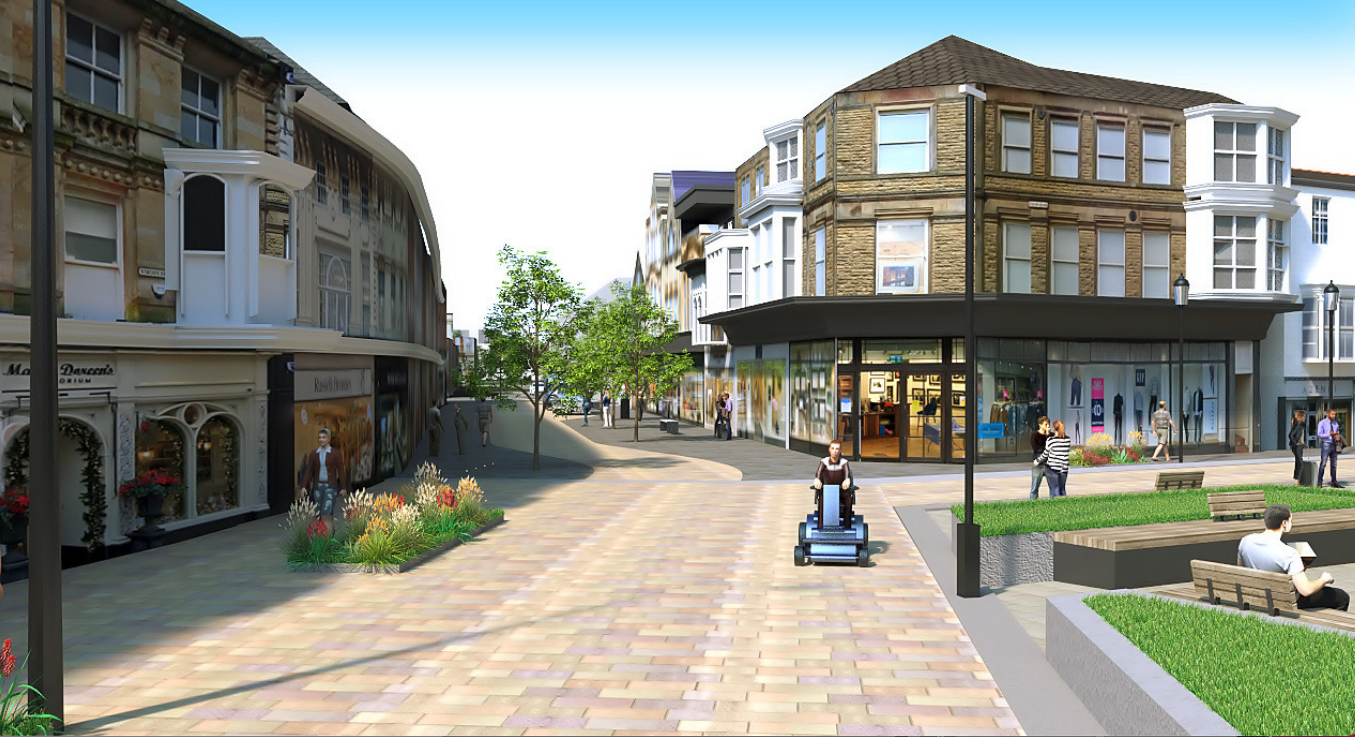 How James Street would look.

But Harrogate District Cycle Action said in a statement at the same meeting that the gateway would be a “big step forward” towards a greener future.

Key proposals include reducing traffic to one lane on some of Station Parade and part-pedestrianising James Street to encourage cycling and walking.

Last month Harrogate District Chamber of Commerce, Harrogate Business Improvement District and Independent Harrogate, accused those behind the project of ignoring criticism and urged them to “put the brakes on”.

Businesses in Harrogate, concerned about the scheme’s impact on trade, are considering a legal challenge.

They had hoped a challenge could either stop the scheme or delay it long enough to jeopardise funding. 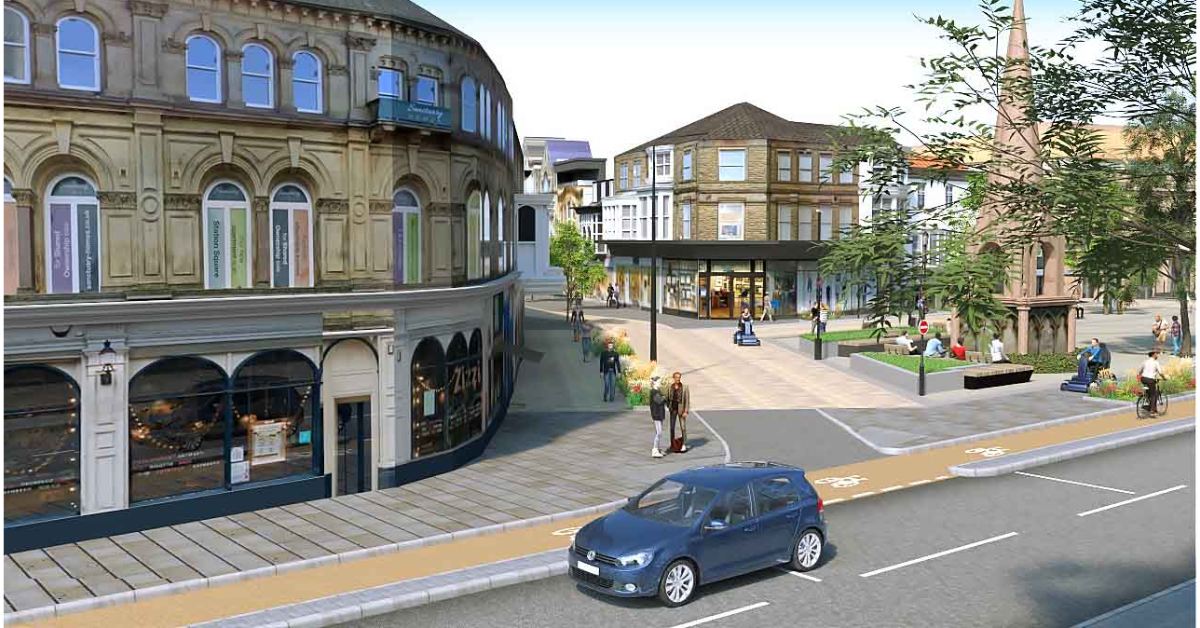 New cycle lanes would be built on Station Parade.

North Yorkshire County Council and partners Harrogate Borough Council, and the West Yorkshire Combined Authority have previously said that the Department for Transport, which is funding the Harrogate scheme and similar ones in Selby and Skipton through its Transforming Cities Fund, requires the projects be completed by March 2023.

But Cllr Mackenzie suggested this was not necessarily the case. He said:

“A contractor would need to be chosen before the start of construction. I am guessing that work would get underway in late spring or summer.

“Furthermore, I am confident that the initial deadline for completion of all the gateway schemes in North and West Yorkshire of March 2023 would be able to be extended.”

Staff placed a cone at the entrance to deter drivers from blocking the road as traffic backed up on Wetherby Road. https://buff.ly/3bGSNTV