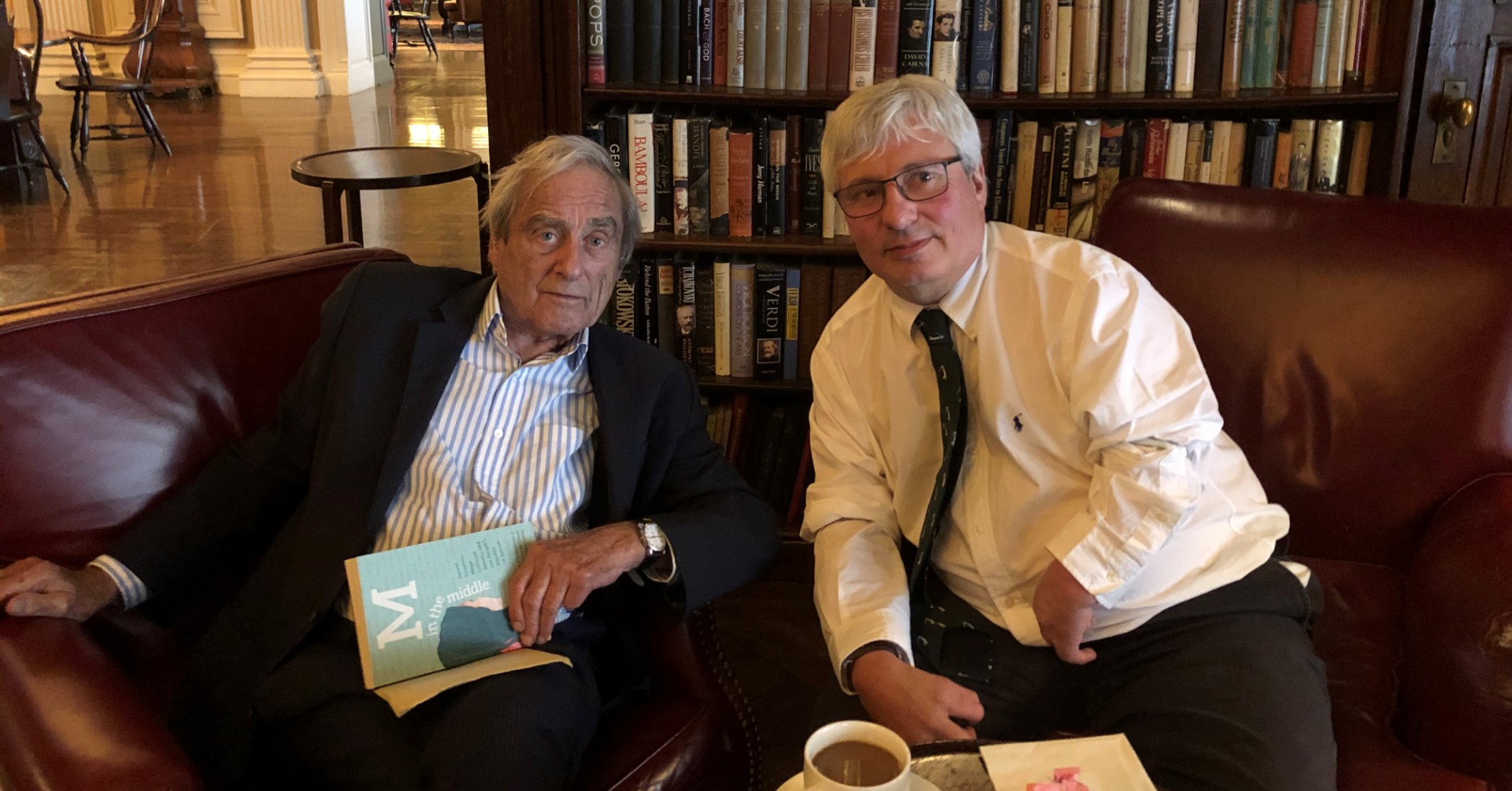 A leading Thalidomide campaigner from Harrogate has paid tribute to Sir Harold Evans, the newspaper editor who championed the cause of the drug’s victims in the early 1970s.

Sir Harold – known as Harry – a former editor of the Northern Echo and the youngest editor of the Sunday Times, has died at the age of 92.

He was instrumental in exposing the Thalidomide scandal, which saw thousands of babies in the UK born with severe disabilities after their mothers were given the drug to cure morning sickness.

Thalidomide victim Guy Tweedy, who lives in Harrogate, became a good friend of Sir Harold, and last saw him at his New York club in July 2019. He said:

“I am very sadden by the news of the passing of my dear friend.

“He was an icon. The world’s greatest journalist, and Harry was, and will always remain, a hero of Thalidomiders worldwide.

“What he did for Thalidomide survivors and their families in the UK was enormous. He trod where no one else did. If it wasn’t for him fighting against the establishment, and having the courage to expose this horrendous scandal, we would never have got any justice at all.

“We owe him a huge debt of gratitude that sadly we will never be able to repay. I hold him up in complete veneration and consider him one of the greatest men of all time. My thoughts are with his wife, Tina, and his family at this very sad time.

“I lit a candle to his memory, which is standing in front of a portrait that I had commissioned of him a few years ago. God bless you, Sir Harry.”