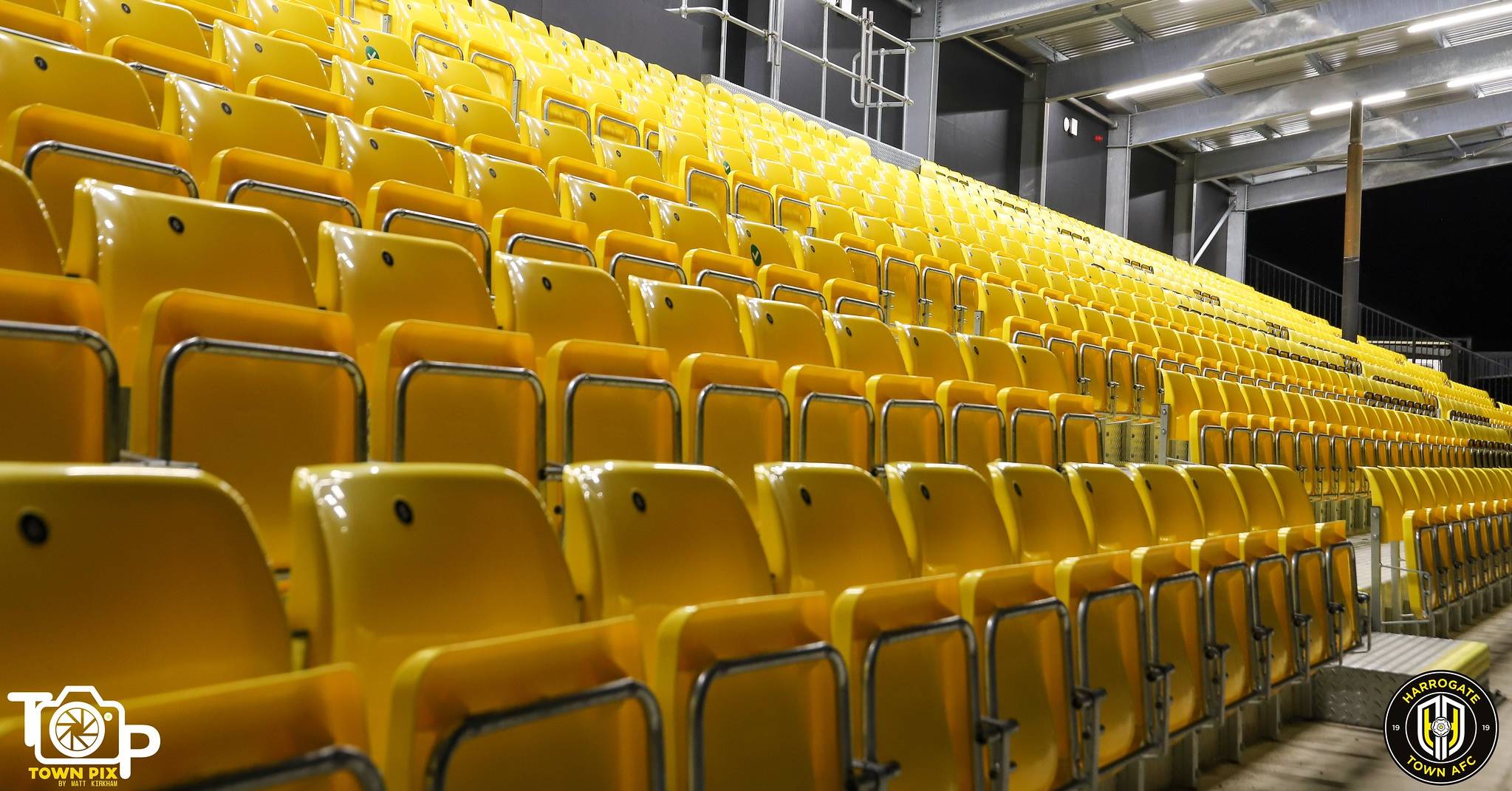 Harrogate Town have released a statement after some fans raised concerns about the number of people allowed in the club’s home ground to watch the team play.

With spectators banned from attending matches due to covid, many fans currently pay £10 to watch a livestream of the game’s fixtures through the club’s website.

As reported by the Stray Ferret last month, some fans have complained on social media about what they considered to be an excessive amount of people in the stands.

Although fans are not permitted to attend fixtures, club directors and staff, media and match volunteers, such as ballboys and girls, are allowed in.

One said it’s “not fair on the fans” and another described it as a “kick in the teeth”.

The club has now released a statement that clarifies who is allowed into the EnviroVent Stadium and urges everyone connected to the club to “stick together”.

“In these difficult times, we all rise to the challenge and we stick together, players, supporters and staff.”

“These restrictions are frustrating for everyone, supporters and players alike. However, there is a bigger picture and we all have our part to play in controlling the spread of this virus – sport included.

“This includes employees and contractors of the sports ground, for example safety management and facilities management teams, ground staff and catering. EFL guidance states essential personnel permitted to attend matches is also extended to Directors from each Club.

“This also covers accredited media staff, including TV, radio, press, photographers – numbers of which are set by the EFL guidance. We take great care in ensuring that all of the requirements, guidelines and directives are adhered to.”

In an interview with talkSPORT yesterday, sports minister Oliver Dowden raised the prospect of fans returning to football matches before Christmas in areas where coronavirus infection rates are low.