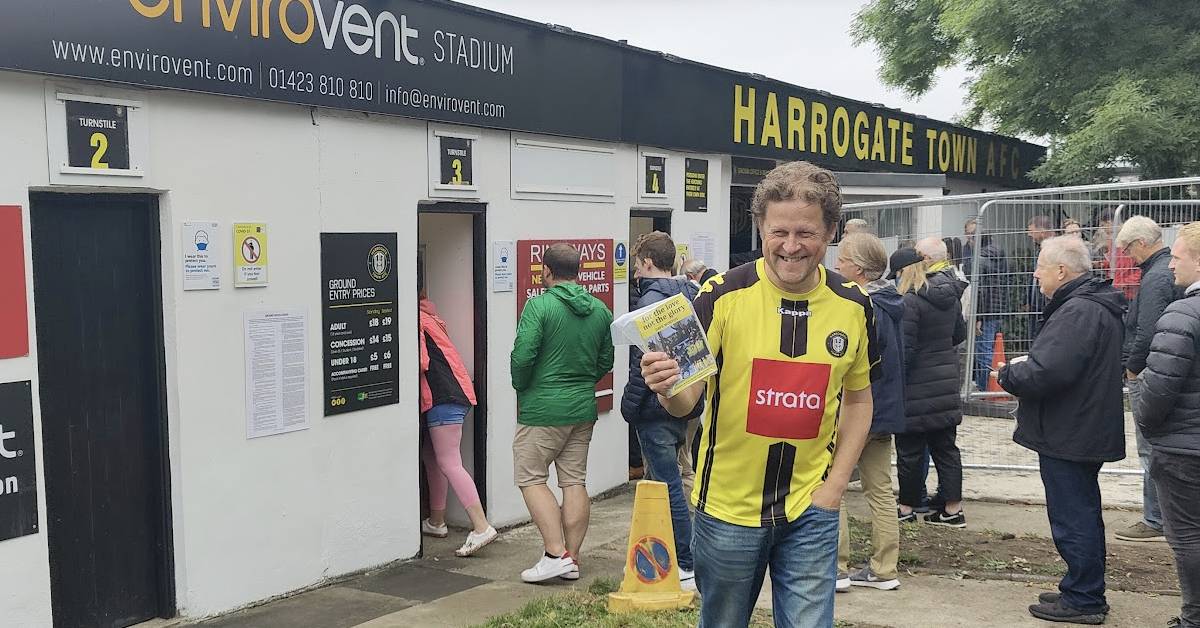 Harrogate Town‘s EnviroVent Stadium is to undergo a £3.5m upgrade, which will include a new seated stand, match day bar and improved ticketing facilities.

Chairman Irving Weaver is footing the bill, which the club said in a statement will help the board’s ambition of creating a “sustainable and thriving club, for future generations to enjoy”.

The new stand will increase the ground’s capacity above the current limit of 5,000 fans. It will replace the Myrings Terrace and will be able to hold 2,000 fans.

A new bar will please fans, who have been unable to get a drink at games since they were promoted to the English Football League in 2020. This is because away fans are now segregated in the Myrings Terrace, which includes the 1919 bar.

Also planned is an extension of the corporate hospitality area, with more space for diners.

The ground on Wetherby Road has been home to the Sulphurites since 1920, but in recent years it has struggled to keep pace with the club’s rapid rise up the divisions into the English Football League.

Fans were banned from a pre-season friendly against Sunderland last summer after North Yorkshire County Council found 17 “unacceptable risks” at the ground, which were related to fan safety.

Problems with the ticketing system also left some fans unable to attend a home match against Stevenage in September.

Chief executive Sarah Barry said the club had listened to feedback from fans, which has helped to shape how the money will be spent.

She added that she hopes the investment, which will include an improved ticketing system, will improve the matchday experience.

“This is a really exciting time for our club.  It’s now two years since we were promoted to the EFL for the first time in our history. As we come out of the pandemic and get back to regular fixtures and crowds, the time is right for us to invest in our future.

“Our proposals stem from listening to feedback from fans in a number of areas.  Easier ticketing, better flow through turnstiles and an improved refreshments offering are some of the suggestions that have been made and have been taken on board.

“We want to enhance the match day experience for our loyal and dedicated supporters who make this club.  We’ve seen bigger crowds, welcomed more young families and teenagers to the EnviroVent Stadium lately and we want to sustain and grow this, retaining and attracting our committed supporters of the future.”