0 Items
Harrogate vegan cafe opening delayed due to covid
by 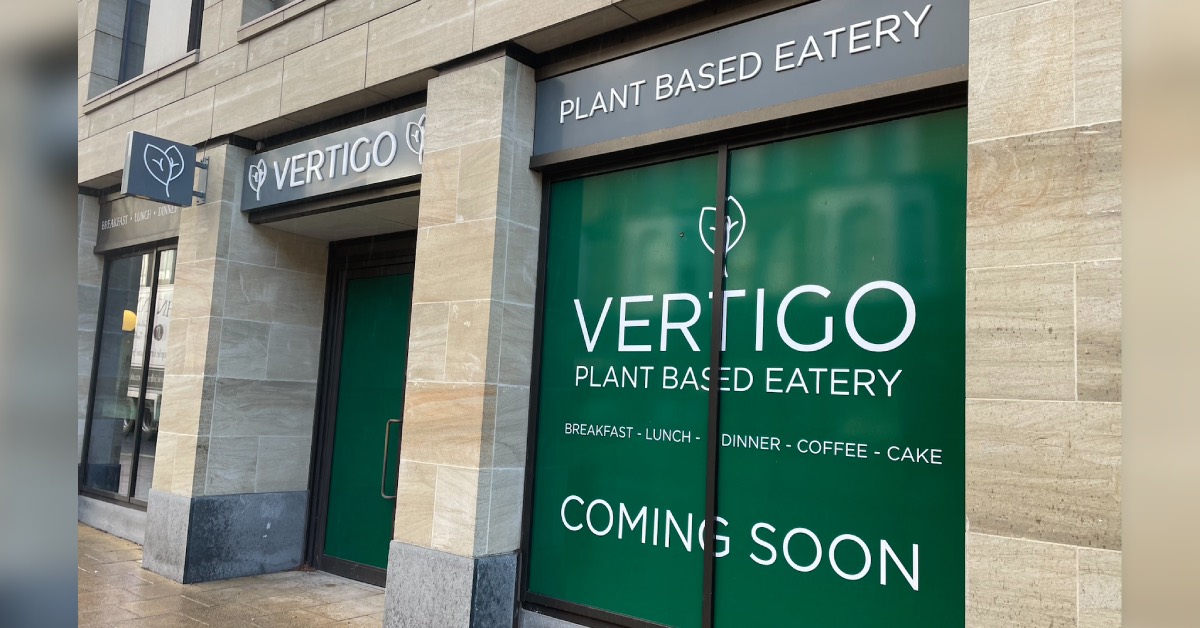 A Harrogate vegan cafe has had to delay its opening due to covid uncertainty.

Vertigo, which describes itself as a “plant-based eatery”, was set to open its fourth venue for chain on Station Parade. But its opening date was unclear, with the company saying it would be “very soon”.

The cafe is set to be based in the former Stevie’s Bar unit under the Everyman Cinema on Station Parade. However, it seems there has been no further work done since the initial advertisement was placed in the windows in July.

In a statement the eatery said:

“Due to ongoing uncertainty with covid we can’t fully comment on when the site will be opening sadly. We’re trying our best to get a timeframe.”

When open, the new venue will have 55 seats and be open for breakfast, lunch and dinner.

It is also believed that it will be the only dedicated vegan restaurant in Harrogate, with other restaurants including vegan options on their menus.