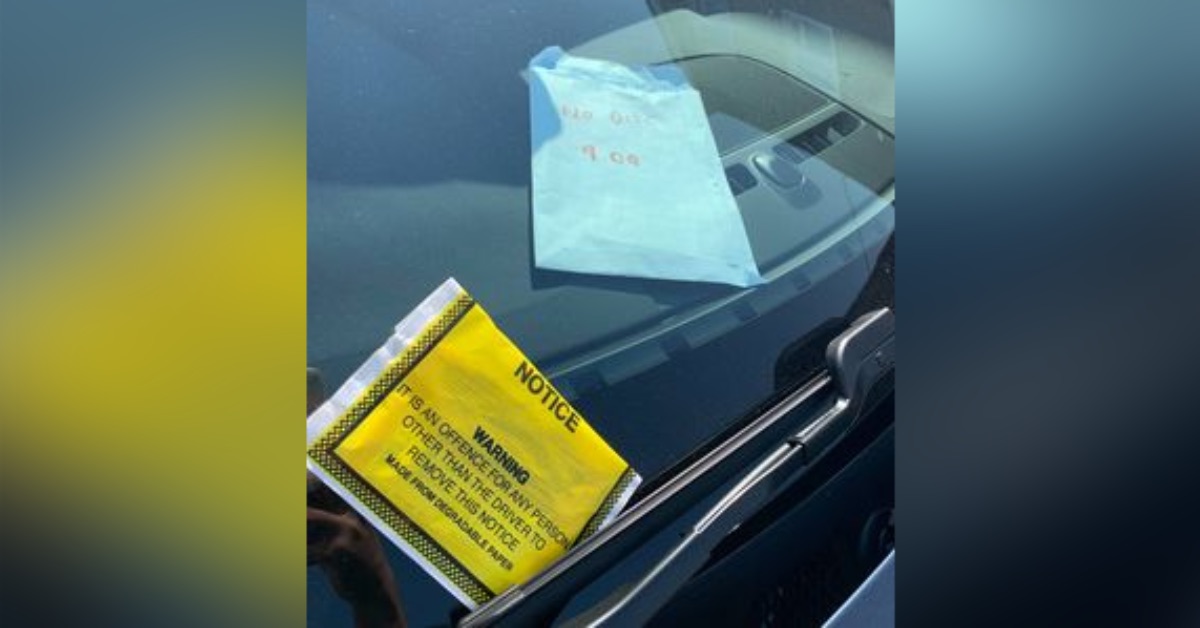 Laura Vance put a note on her dashboard.

A Harrogate woman has sent an appeal to Harrogate Borough Council after a parking warden fined her for parking in a disc zone area.

She had left her disc, which entitled her to park for free for two hours, in another car so wrote a note.

The note, which she left on her dashboard, stated that Laura had parked at 9am.

She headed to a shop to pick up another disc after dropping off her son but when she returned to her vehicle 40 minutes later she found she had received a penalty notice, which gave her 14 days to pay a reduced fine of £25 or £50 if she leaves it for up to 28 days.

Ms Vance, who is waiting for a reply from the council, told the Stray Ferret:

“I thought that because I left a note that would be enough for the parking warden. I do think it is quite unfair.

“What is the difference between my note and the disc? Both just say what time it was when you parked up.

“It is just a bit rubbish. It’s not going to put me off going to Knaresborough because I love it there but I can see how it might put some people off.”

Disc parking is common in the Harrogate district. The discs are free and entitle users to park for free for a period of time stated on the street.

“If a customer believes that have received a penalty charge notice in error then they should follow the appeal process provided.”