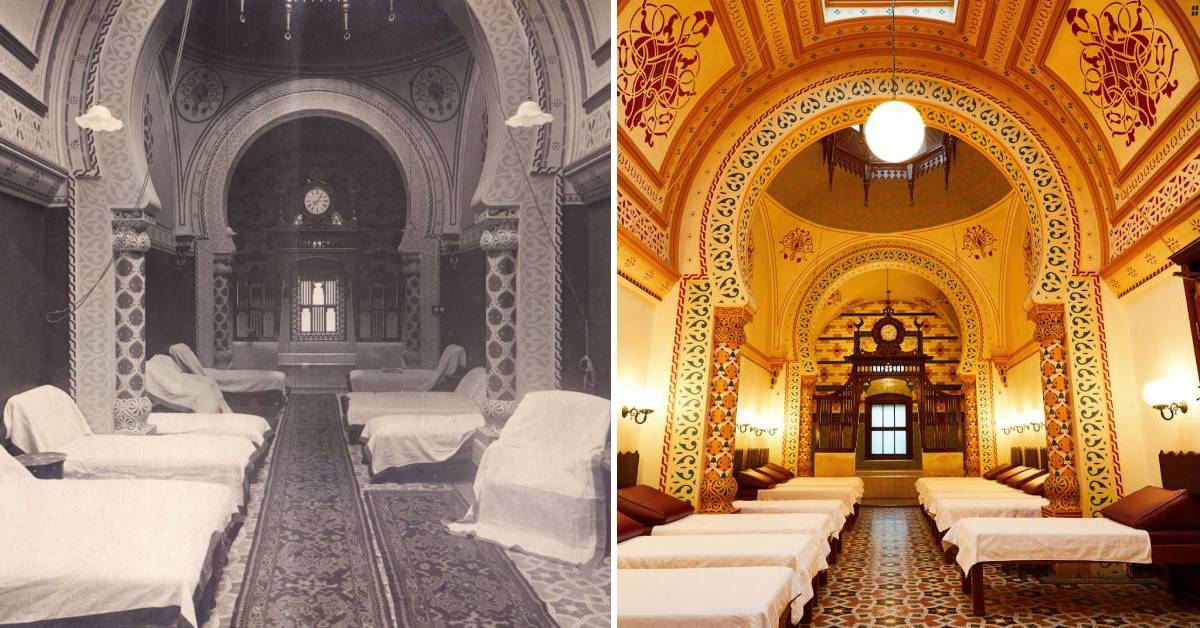 Harrogate’s Turkish Baths will celebrate its 125th birthday this weekend.

The Harrogate Borough Council-run leisure facility was opened on July 23, 1897 by Duke of Cambridge Prince George and cost £120,000 to build.

In its early days, water was pumped to the baths from several different springs, with treatments for conditions such as rheumatism, arthritis and sciatica being offered.

The baths were popular with members of royal families from around the world and a particular favourite of Queen Victoria’s granddaughters – Princess Alix and Princess Victoria of Hesse and by Rhine.

Although Turkish baths were common in Victorian times, only seven remain that date back to the 19th century.

To help celebrate the baths’ 125th birthday, heritage experts will be at Victoria Shopping Centre all this week from 10am until 3pm.

They will be sharing archive images and fascinating details about the original Victorian relaxation and health treatments, as well as information about the baths experience and treatments available today.

“In a year of celebration, it’s fantastic that Turkish Baths Harrogate has reached such a significant milestone.

“It truly is a jewel in Harrogate’s crown, and each year tens of thousands of people visit us to enjoy a unique journey of heating, cooling and cleansing treatments, just as our Victorian ancestors did.

“And following our investment in 2018 and our ongoing commitment to the baths, customers can continue to enjoy both traditional and modern wellness experiences in such a historic setting.

“Here’s to another 125 years perfecting the art of relaxation in Britain’s most fully restored Victorian Turkish baths.”