Malcolm Neesam is a celebrated local historian and Harrogate treasure. Malcolm was born in Harrogate and left the University of Leeds with the qualifications of a professional archivist and librarian, and subsequently worked all over England including as North Yorkshire’s County Music and Audiovisual Librarian.

Over the decades he has worked extensively to develop an image archive of the town. His books include Harrogate in Fifty Buildings, A-Z of Harrogate, and Music over the Waters, which tells the story of Harrogate International Festivals.

In 1996 Harrogate Borough Council awarded Malcolm the Freedom of the Borough for his services as the town’s historian.

The Victorian spa town of Harrogate is brimming with elegant charm and grand buildings, each with its own intriguing history to tell. Join Malcolm on two guided walks to discover the glory days of Harrogate’s Victorian spa era and the growth of the town centre.

How to complete the walks

Choose from one of two circular walks: the Golden Age of the Victorian Spa Walk, or the Heart of Harrogate Town Walk.

We’ve devised two circular walks. Each walk takes you to various locations, where you listen to an audio history about the building you are looking at. There are also directions to the next stopping points. We recommend that you follow the guided walks to get an overview of the history you are hearing about. 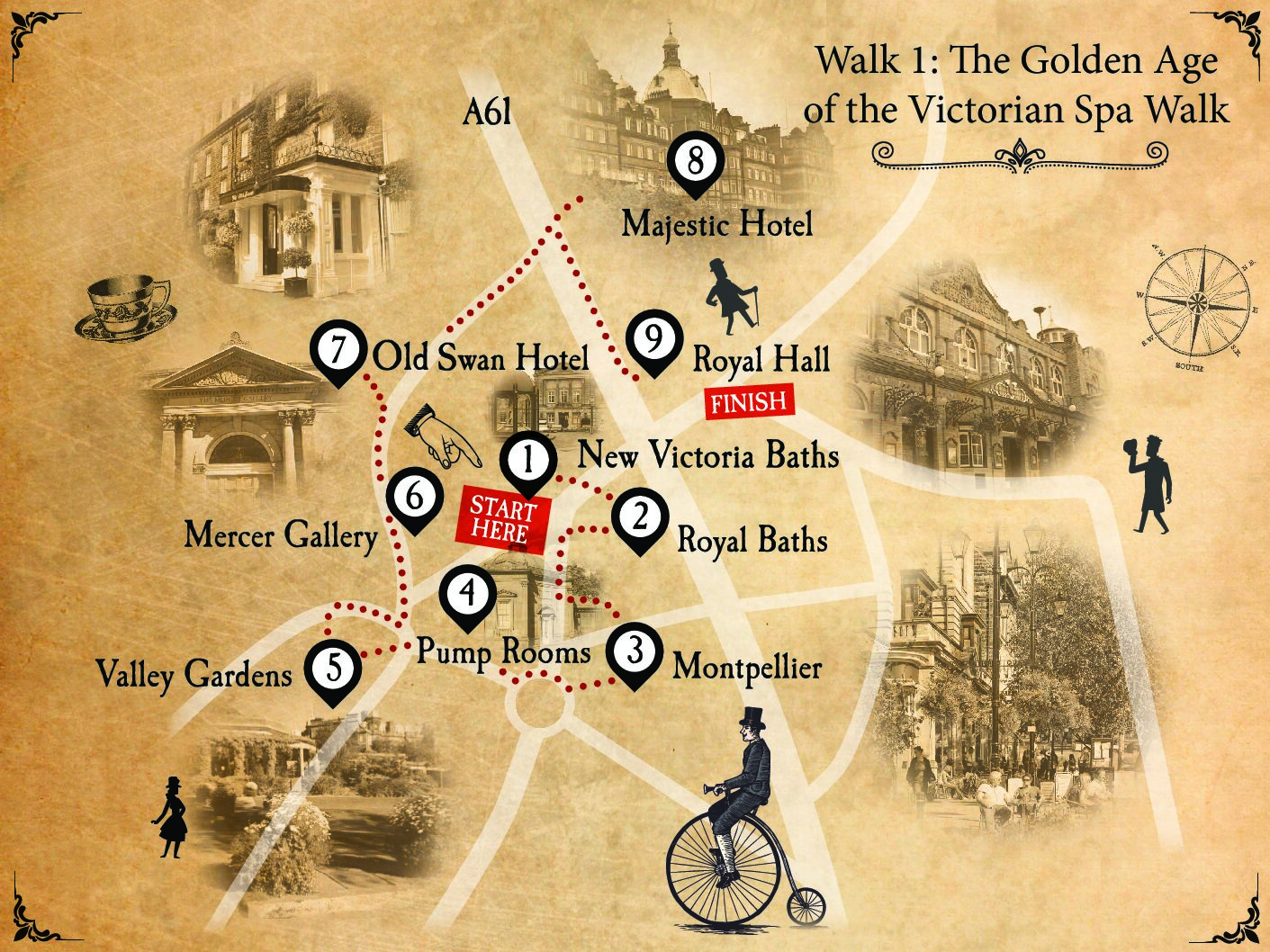 The Golden Age of the Victorian Spa Walk

Harrogate’s spa experience boomed in the 19th century. On this walk, you will learn about how it all began and the grand treatment rooms that brought thousands of visitors to the town.

This walk will take approximately 1 hour to complete.

There are public toilets at Crescent Gardens and Valley Gardens. 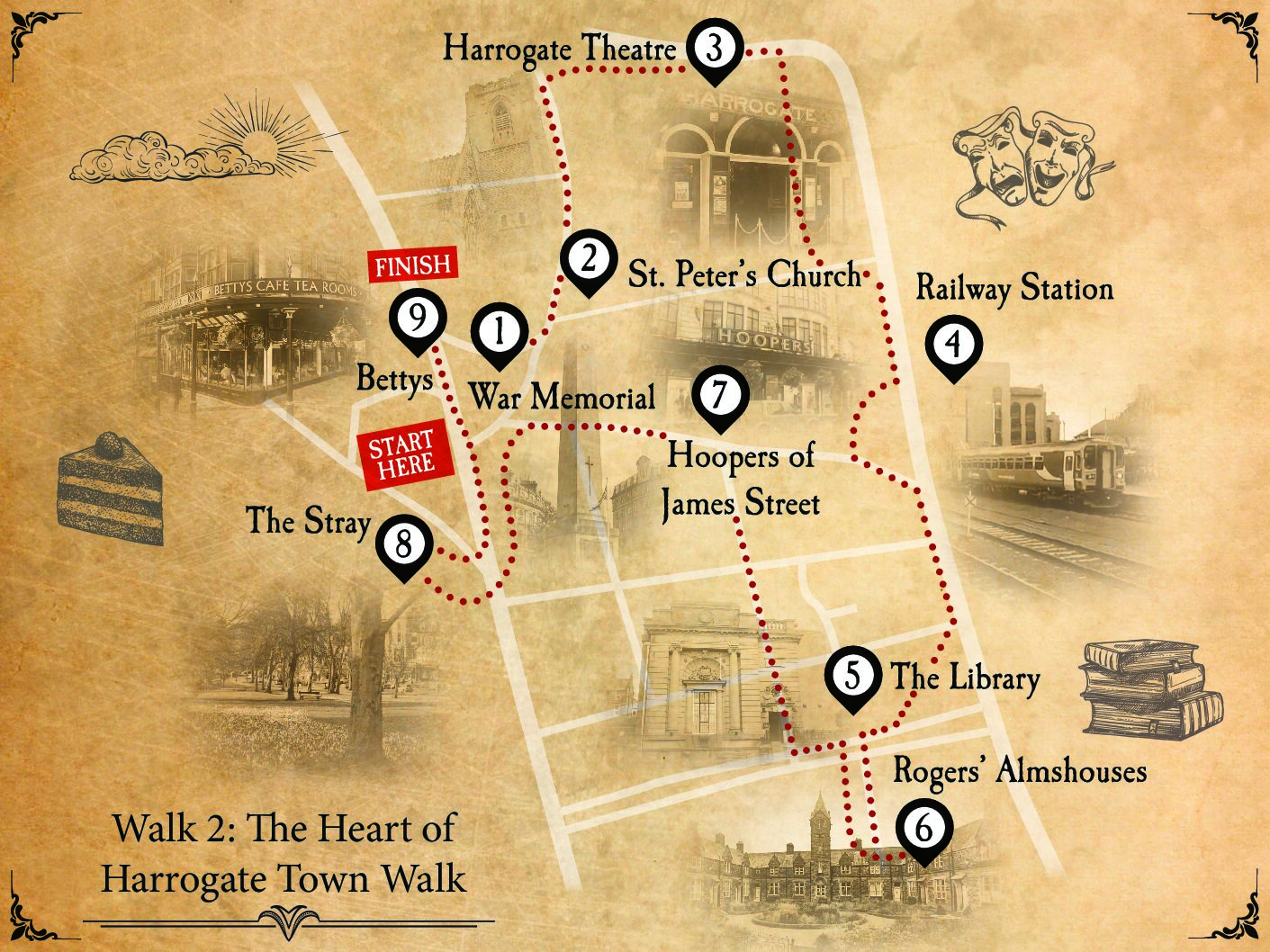 The Heart of Harrogate Town Walk

The centre of Harrogate was once open countryside, until the early 1800s when visitor numbers expanded. The arrival of the railways changed everything, and more and more commercial development occurred.

This walk will take approximately 1 hour to complete.

There are public toilets at the Library Gardens.