0 Items
Hot Seat: the Ripon auctioneer bringing a modern edge to antiques
by 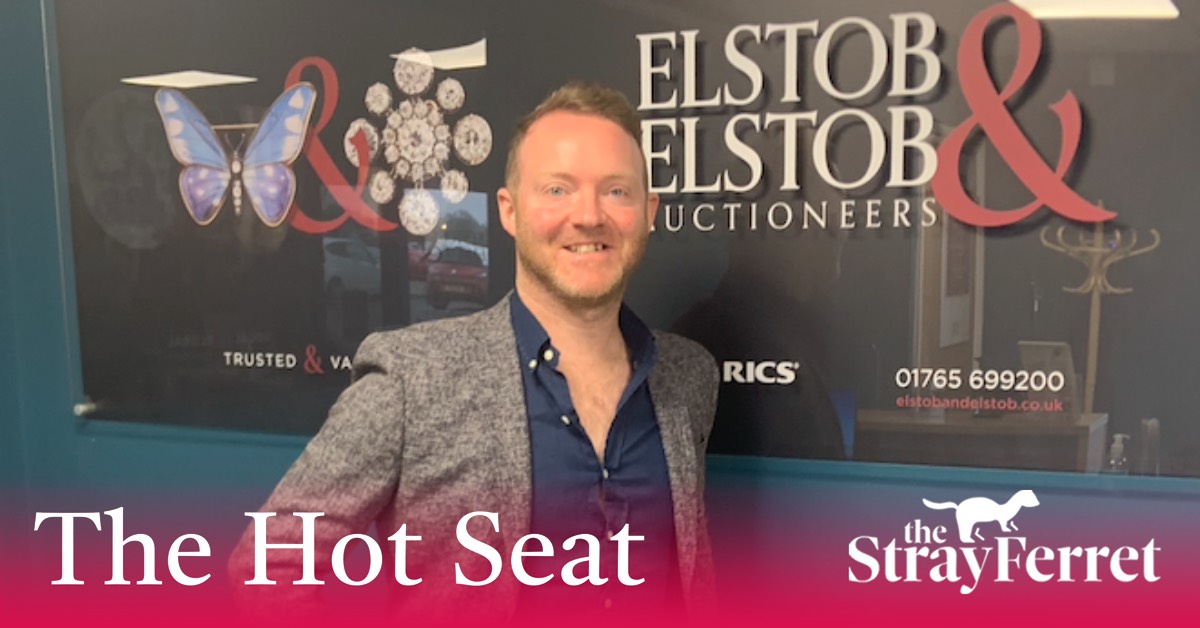 Three years ago, David Elstob had the urge to open his own auction house. It was an ambitious idea for a 34-year-old with a large mortgage and a toddler, but he felt it was now or never.

After cutting his teeth at a site in Bedale, he relocated to Ripon Business Park where he now hosts auctions every four weeks, specialising in fine art, antiques, and silver and jewellery.

It has been quite a journey. Mr Elstob opened in Ripon in December 2019 — three months before the first national covid lockdown.

But although covid decimated many start-ups, it has had a more favourable impact on auctions by hastening the transition to online bidding and more modern digital approaches, which suits a man who is considerably younger than many in the trade. 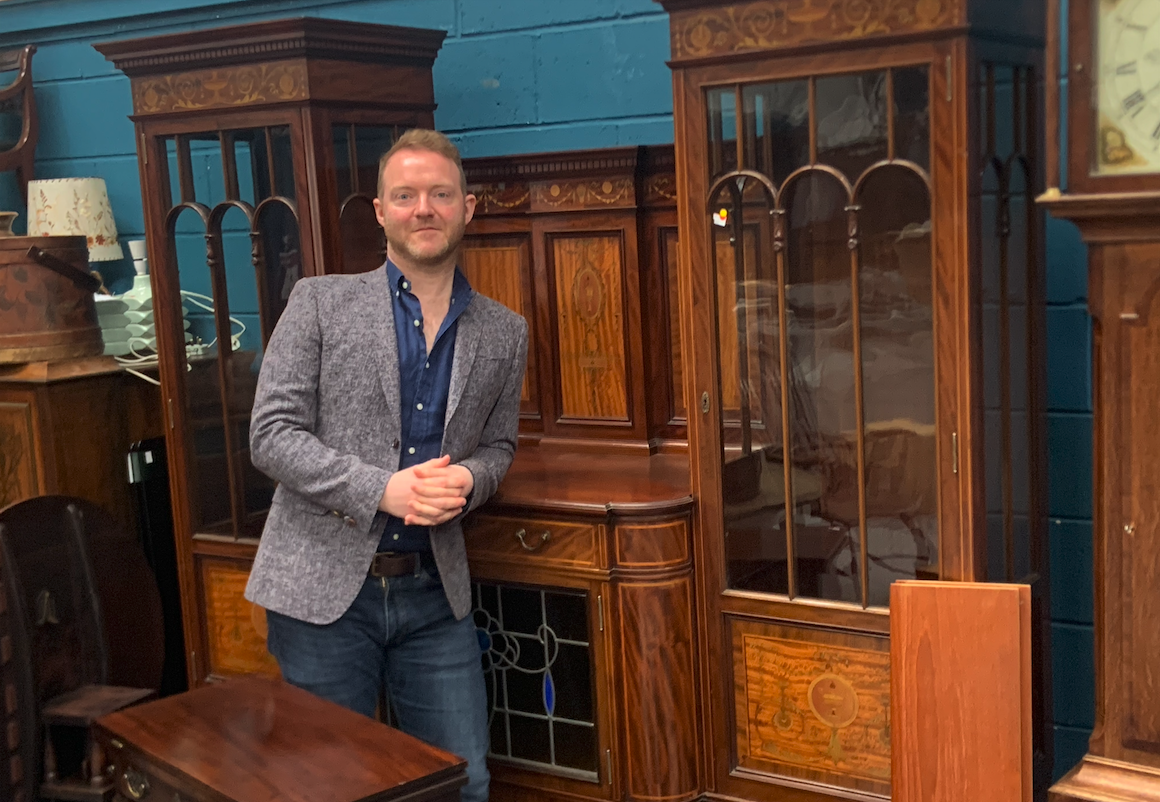 At 37, David Elstob is younger than most auctioneers.

Elstob and Elstob allows bidders back in on sales days but whereas 100 people may have turned up pre-covid, there’s unlikely to be more than 20 these days. Fortunately this is more than offset by the number of online and telephone bidders.

“We’d love a room full of people again but I don’t think we will ever go back to that.

“Covid has moved things on 10 years. It’s made us work differently — it’s so easy to bid online now.”

As with many things in life, the thrill of live bidding has moved online.

Mr Elstob recalls with infectious excitement hosting the only online auction in Europe one day during the first lockdown in April 2020, when thousands of bidders worldwide competed for 600 lots. Instead of finishing by mid-afternoon as usual, the bids kept coming long into the night.

“It was a phenomenal sale. I don’t think I will ever experience anything like that again. People in Australia started logging on when it got dark over here. I brought the gavel down on the last lot at 9.45pm.”

A Tiffany orchid brooch sold for £50,000, adding to the frisson.

Like Morphets of Harrogate and Tennants Auctioneers in Leyburn, Elstob and Elstob focuses on high-end collectables rather than general items, like Thompsons Auctioneers in Killinghall and Harrogate Auction Centre, which specialise in house clearances.

His most unusual lot? A bull’s scrotum that had been made into a handbag. It fetched £30. Nostalgia-fuelled 1960s and 1970s furniture is currently fetching good money and the market for Chinese porcelain and art remains strong.

Mr Elstob, who is originally from Bishop Auckland and has a master’s degree in antiques, initially planned to “go down the surveying / estate agent route and quickly realised that wasn’t for me”.

He headed up the sales room team at Addisons of Barnard Castle in County Durham before becoming director at Thomas Watsons in Darlington. 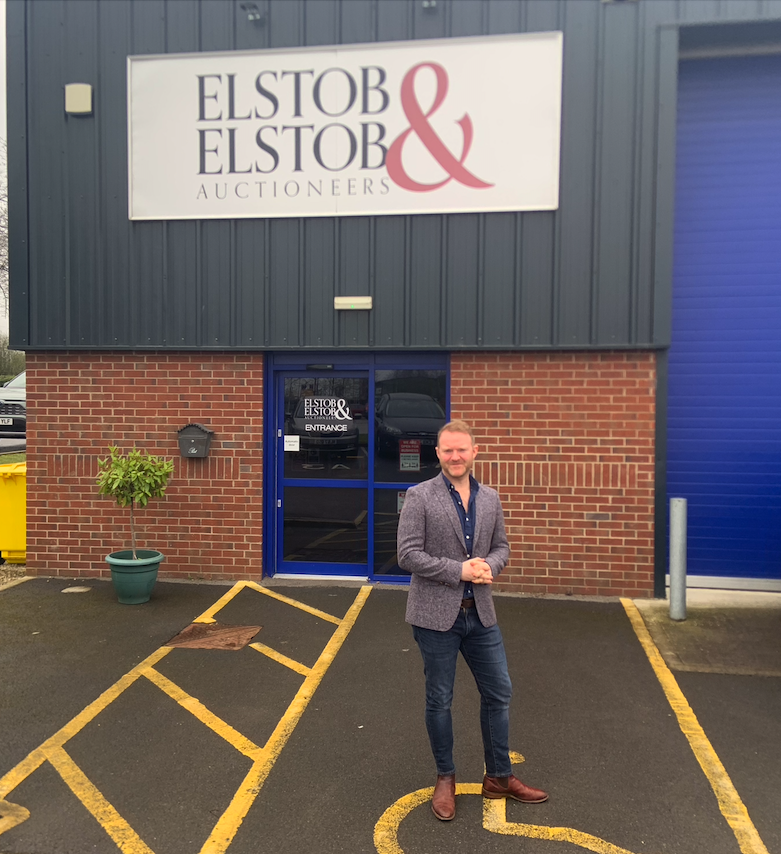 Outside the sales room in Ripon.

A specialist in 20th century design, particularly the work of Robert ‘Mouseman’ Thompson, who was part of the 1920s arts and crafts revival, he is nevertheless a general valuer, who can call on a range of experts for help.

“It’s like being a GP. I might not be able to give you a figure for everything you bring in but I will be able to say if it’s authentic and point you in the right direction.”

Often solicitors get in touch asking him to conduct probate valuations. One such coin collection in Southport was worth £50,000.

At 37, his youthful vigour makes him well placed to capitalise on the changes to auctioneering. But he remains steeped in the traditions of the trade and the thrill of discovering what lurks in the attic:

“My favourite part of the job is being out on the road. You never know what you will find in someone’s home.”