0 Items
Hot Seat: ‘We are a proud school, independent-minded’
by 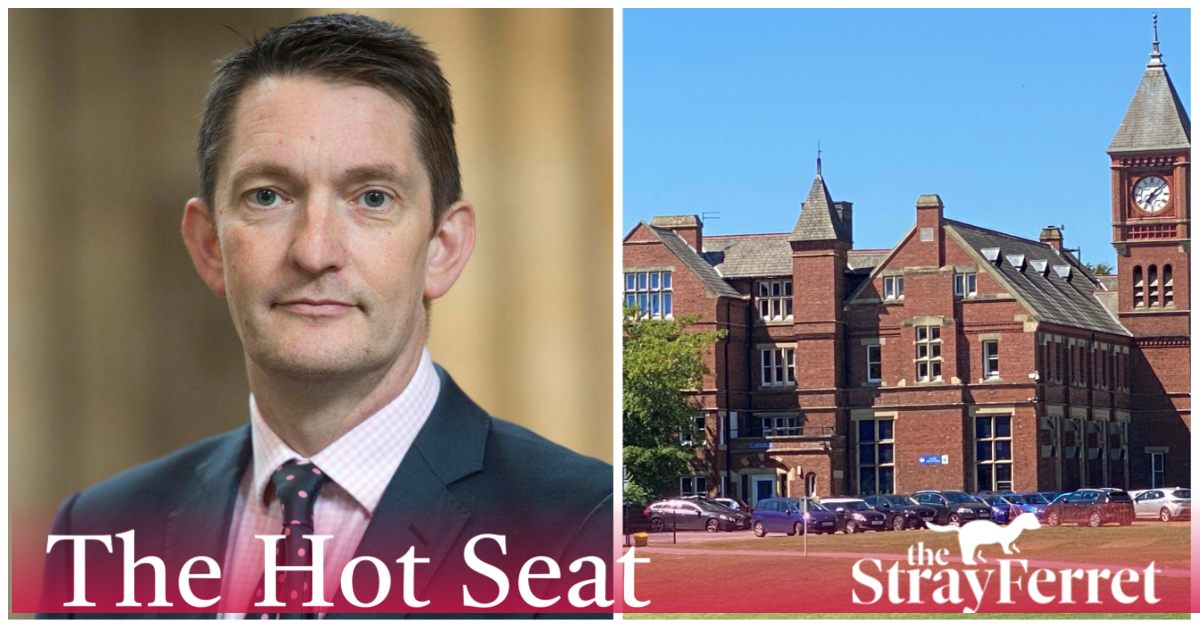 As an opening bowler for Ouseburn Cricket Club, Jonathan Webb has sent down a fair few short pitched deliveries over the years.

But as headteacher of Ripon Grammar School, he must sometimes feel he spends his entire professional life dodging bouncers.

Ripon Grammar is one of 163 UK grammar schools, and Yorkshire’s only state only state boarding school.

Founded in 1555, it is a unique and successful institution but even it is feeling the winds of change.

Mr Webb says the last academic year, which ended on Friday, was “less disrupted” by covid than the previous one but the ongoing aftermath is, in some ways, even more damaging. He says:

“Academically our students did relatively well during covid although some did struggle. Where things have been more challenging is the socialising and, dare I say it, the civilising aspect of school.

“By not having that daily interaction with their peers they have got out of that rhythm.”

Many young people were struggling with the corrosive impact of social media and mobile phones even before covid increased their sense of isolation. Mr Webb says:

“A lot of things young people have to deal with, we never had to deal with. Even mobile phones have changed the way students interact with each other and they extend the school day.

“Mental health is a huge issue. But children are much more willing to talk about it. When I was at school the phrase ‘mental health’ wasn’t even coined.” 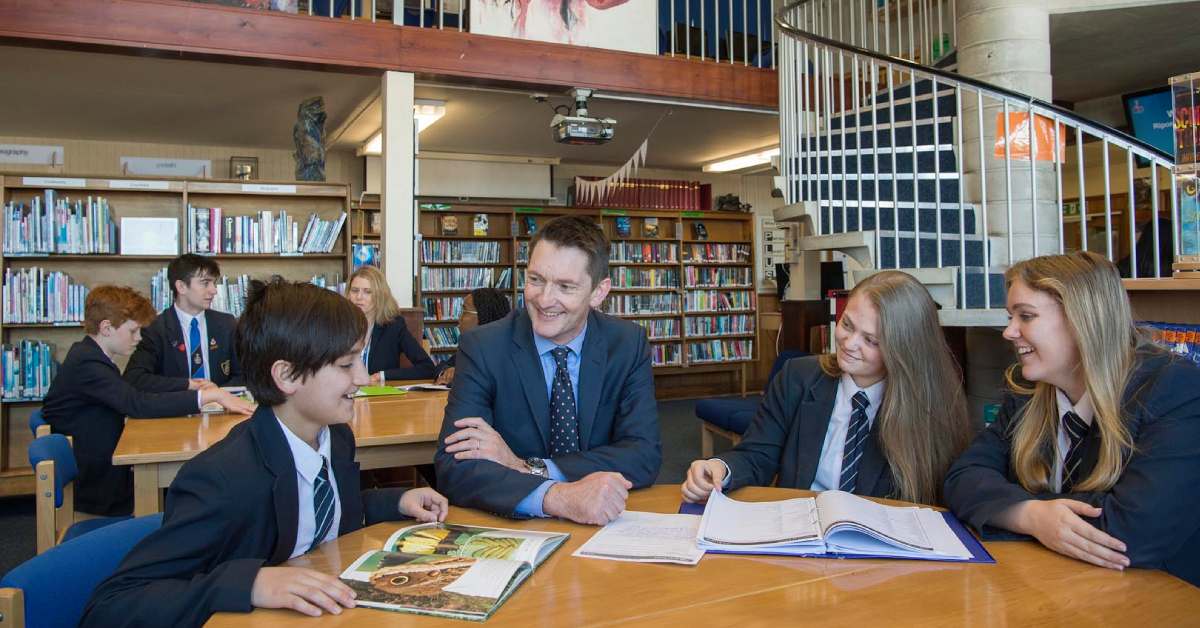 With students at Ripon Grammar School.

Are schools being asked to fill gaps caused by under-funded services?

“It feels like that. There is a big pressure on schools now. Increasingly we can’t just be establishments of education in the old fashioned sense of the world. We have an increasing and growing responsibility in terms of mental health practical support and safeguarding as well.”

Mr Webb was educated at Batley Grammar School and has a history degree from Cambridge. Friendly and approachable, he was deputy head at Durham School for five years before moving to Ripon in 2017.

When he joined, he talked about there always being room for improvement. What does he think has been achieved?

Looking ahead, he says pastoral care will remain a priority but there’s plenty else to ponder over summer, such as updating the school’s “pretty antiquated” heating system at a time of soaring energy bills and preparing for a visit from Ofsted.

Ripon Grammar hasn’t had an Ofsted inspection since 2012 when it was rated ‘outstanding’ although its boarding school was assessed to be ‘good’ this year.

“We’ve been ready or aware since January that an inspection is imminent.”

There’s also the looming prospect of being forced to join an academy, as part of government’s plans for all schools to go down this route by 2030.

For a school that has excelled in splendid isolation for 450 years, this isn’t an entirely welcome prospect. Heavily oversubscribed at 11+, in 2021, 72 per cent of pupils achieved 9-7 at GCSE and 60 per cent achieved A*/A at A level. At least 85 per cent of students stay on for the sixth form and the over 60 per cent go to Russell Group universities.

There doesn’t seem to be a great reason to change but Mr Webb acknowledges  “academies are the direction of travel”, adding:

“We are a proud school, independent-minded. Inevitably joining a trust involves joining with other schools. However we have to accept it’s going to happen and embrace the benefits.” 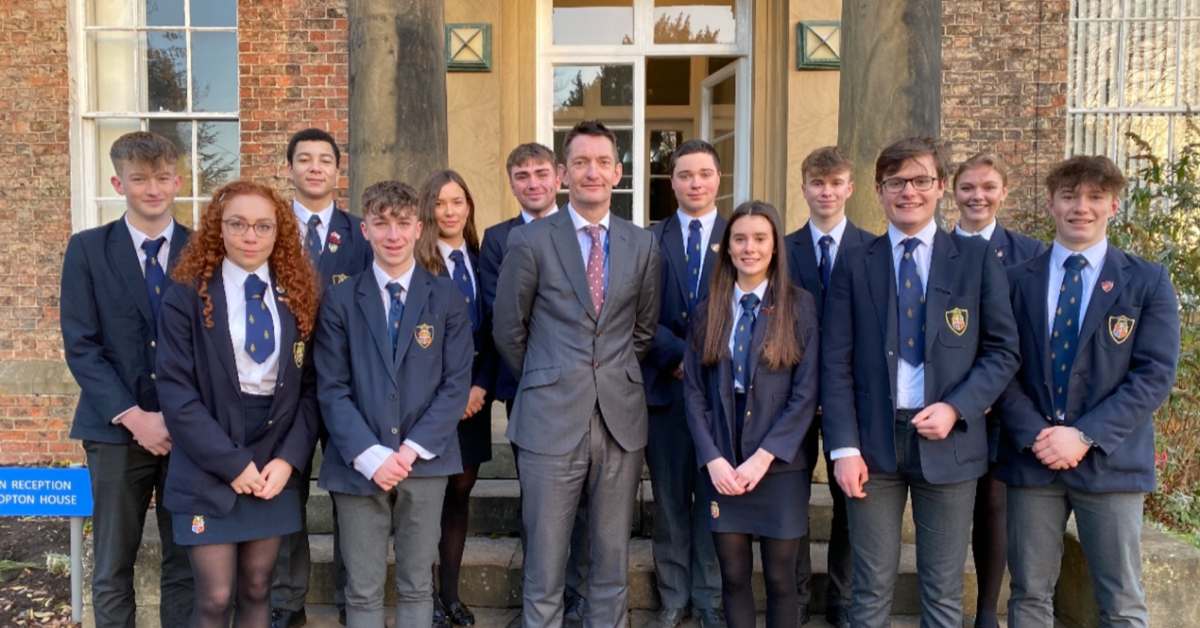 Ripon Grammar, which moved to its present 23-acre site in 1874, is free for day pupils. Boarding costs about £11,000 to £12,000 a year, which is about a third the price of independent alternatives.

Mr Webb says there is a renewed focus on high quality teaching and learning. He’s particularly keen on oracy or, as he puts it, “developing the way students speak in an erudite and informed manner”, adding:

“It’s a life skill that never leaves somebody.”

The school is also embedding new subjects such as GCSE PE and A-level politics into the curriculum.

Mr Webb, who lives with his wife Helen and two sons near Ripon, has now spent as long at Ripon as he did at Durham but intends to continue. He says:

“I love this school and I love the job. I live very locally and both of my boys are here. They are doing well and enjoying it so I don’t see any need to move on at this stage.”