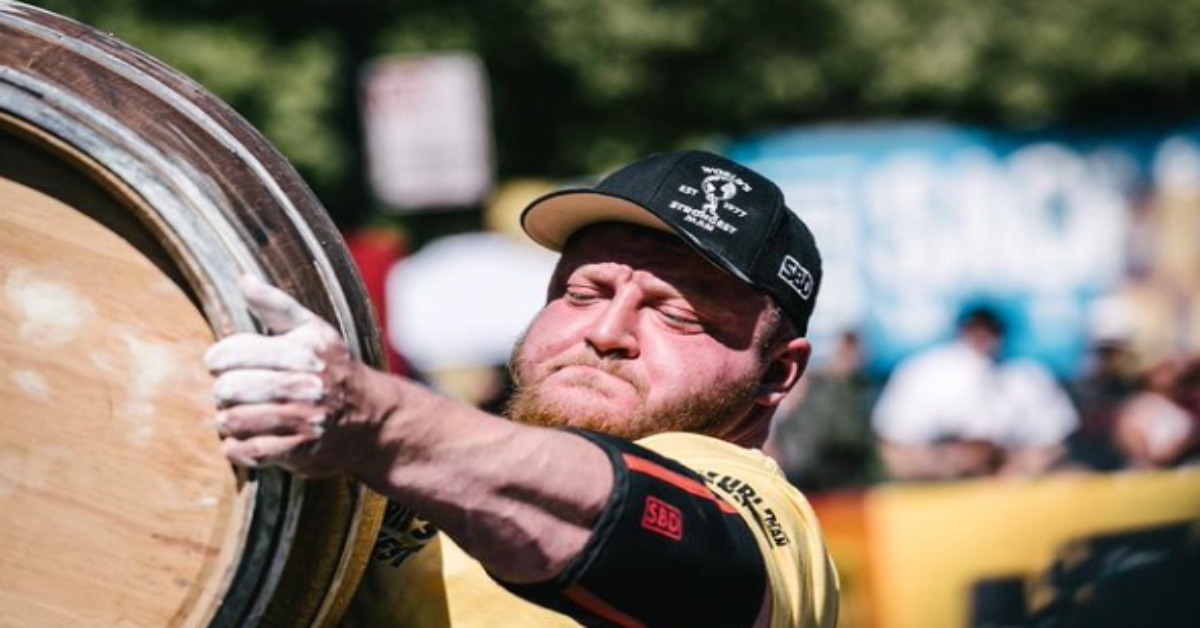 Harrogate behemoth Luke Richardson’s bid to become the youngest ever World’s Strongest Man has been ended by injury.

Luke, who weighs 330 lbs and will be 24 years old on Sunday, tore his biceps on the first day of heats yesterday in Sacramento, America.

He finished ninth last year and had high hopes of improving after good preparation.

But he was injured in the first event, a loading medley, which involved lifting and loading numerous heavy items.

“Unfortunately my World’s Strongest Man appearance this year was pretty much over before it even started with what seems to be a distal bicep tendon rupture.

“Obviously gutted as I felt in a really good position to improve on last year’s performance but it was not to be this time.

“Just a bump in what is going to be a long road but excited to test myself against a new challenge and grow closer to the athlete and person I am destined to be.

“Thank you all for your show of support and especially my loved ones and the guys here at WSM, you’re proper gents.”

Luke, a former lifeguard at Starbeck Baths, was crowned Europe’s Strongest Man last year and he will be hoping to defend his title in Leeds on September 4.

He has also been invited to compete at the first strongman event at London’s Royal Albert Hall in 120 years on July 24.

A post shared by Luke “The Future” Richardson (@lukeerichardson)