0 Items
Investigation: Harrogate targeted for development during planning chaos
by 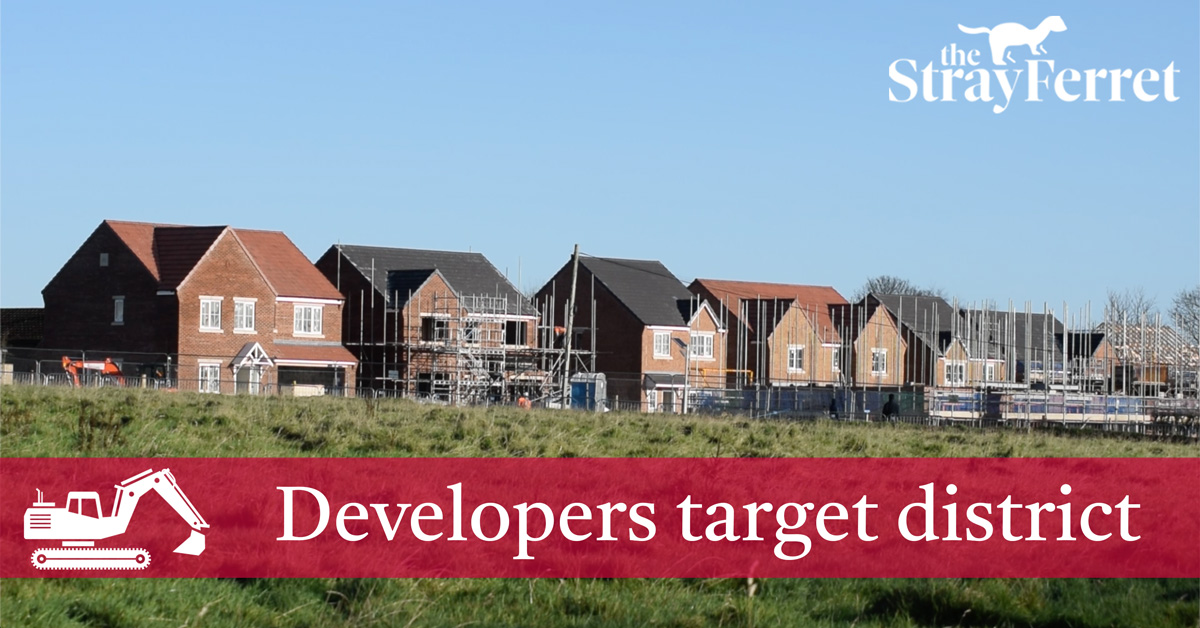 An investigation by the Stray Ferret has uncovered how some of Britain’s biggest land promoters deliberately targeted Harrogate to exploit cheap land and high property prices.

Between 2014 and 2020 the district’s planning system was in disarray.

These failings made it easy for developers to get controversial housing schemes approved. The developers, knowing this, made speculative applications for thousands of homes across the district.

All this week, the Stray Ferret looks at the impact of six years of planning failings: thousands of extra cars on the roads, large detached houses prioritised over much-needed affordable homes for local people, and a lack of sustainable, environmentally friendly building.

Today, we examine how the Harrogate district became a target for opportunistic developers .

The draw of Harrogate

The Harrogate district is a prime place for money to be made in property.

It’s one of the most desirable places to live, often coming top in national property surveys. Just last month, Harrogate was named the ‘chic capital of the North’ by Tatler. It makes it very attractive to developers.

The latest figures put the average home at almost £360,000 – a whopping 13 times the average income for the district.

It is, according to the Harrogate Borough Council Housing Strategy 2019-2024, the least affordable area in the north of England.

It means home owning is out of reach for many low to middle income families caught in the Harrogate housing trap. There are more than 2,000 families in the district on the Housing Register living in unsuitable accommodation.

It’s not a question of Harrogate building too many properties. Rather, it’s too few of the right homes, in the right places, at the right price to meet local people’s need for affordable homes.

In 2014, the Planning Inspectorate advised Harrogate Borough Council  to withdraw its version of the Local Development Plan (or LDP 2014-2035).

The LDP sets out the council’s priorities and policies for land use. It defines where and how many homes can be built, where employment sites are located and what our town centre will become.

For a plan to be approved, it must demonstrate that it is well evidenced and meets local need. The plan must be in accordance with the National Planning Policy Framework and a raft of legislation, practice guidance and regulations.

Harrogate Borough Council withdrew its draft LDP at its first hearing on April 24, 2014, upon advice from the planning inspectorate.

The failed plan – years in the making – was deemed ‘inadequate’.

A letter from the Planning Inspectorate to Harrogate on April 29, 2014 explained that the evidence used in the plan was too out of date to be meaningful.

Harrogate was forced back to the drawing board.

Prior to its submission, Liberal Democrat leader councillor Pat Marsh had told the Yorkshire Post:

“I do not have confidence in anything to do with the plan, whether it be the actual allocation of homes, whether there is the necessary infrastructure in place to cope and how members will be able to decide on the final proposals which are still being finalised. I have been a councillor for 22 years, but I have never experienced anything quite like this. It is a complete shambles.”

Conservative councillor Alan Skidmore, who was appointed cabinet member for planning at HBC in 2012, publicly defended the plan at the time. Yet speaking to the Stray Ferret this year, he said he knew the plan that had been prepared was “absolute rubbish”.

“I was astonished. I delayed it as much as I could, much to the chagrin of certain planning officers. We were forced to submit it in the state it was in, because if we didn’t, the government would have taken steps against us.” 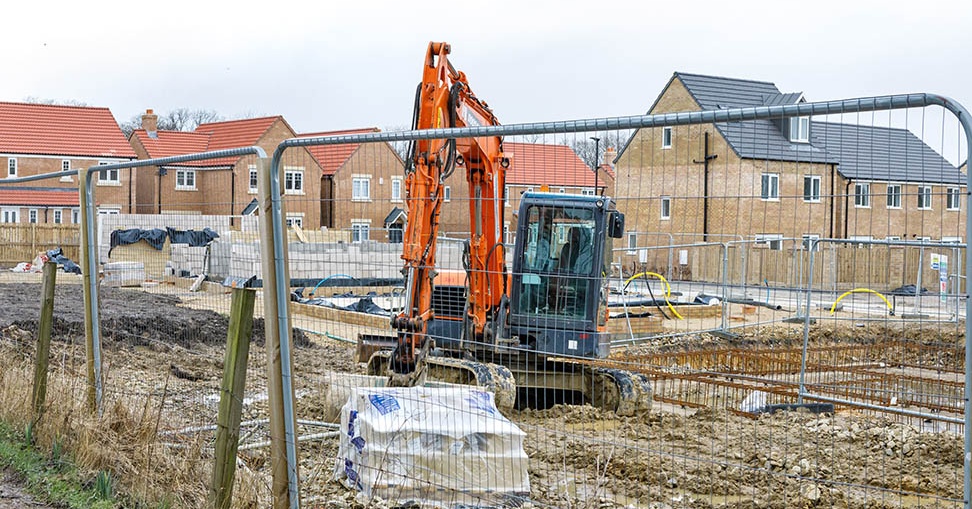 Harrogate failed on another critical requirement. Councils must show that they have a supply of specific deliverable sites enough to provide five years’ worth of new housing (plus an appropriate buffer).

This is called the five-year land supply (5YLS).

In 2014, the council had more than two thousand families on the housing register.

The figure had to be revised, and Harrogate employed a consultant, GL Hearn.

To meet the 5YLS, Harrogate had to find enough developers with land to deliver 1,050 completed homes a year.

As a result, the land earmarked for development within the plan was insufficient.

Without an approved local plan and evidence of a five-year land supply, a condition called the ‘tilted balance in favour of presumption of approval’ was triggered which prioritised building houses.

In 2013, the Campaign for Rural England warned local government that a

But the Federation of House Builders disagreed, saying:

‘‘Fears that the lack of a (local development) plan will lead to the untrammelled destruction of the countryside are overblown. Even where there is no Local Plan, development must still conform to the NPPF, which clearly sets out that development must be well located, well designed and sustainable.”

Harrogate Borough Council planners advised councillors from 2014 to 2018 that there was a ‘tilted balance’ in favour of approval on almost every major development regardless of whether the site was well located and sustainable.

The planning committee did turn down some applications during that time, though, and the council successfully defended its decision at appeal.

A district vulnerable to promoters

Enter the land promoter: land promoters seek out land which could be ripe for housing and help the owner get outline planning permission before managing the onward sale to a developer.

In the Harrogate district, a hectare of agricultural land will fetch around £25,000 at the farmers’ auction.

As a development site with outline planning approval, the same land will realise between £1.2 and £2.3 million.

The promoter then takes a share of the land’s increased value when it’s sold.

Gladman Land is the promoter behind applications for nearly 1,500 properties in the district since 2014, including Harrogate, Boroughbridge, Killinghall and Knaresborough.

“We normally only target local authorities whose planning is in relative disarray and… either have no up-to-date local plan or, temporarily, they do not have a five-year supply of consented building plots.”

Even if the council refuses the application, it’s of no consequence.

Gladman Land stated that going to appeal was part of its business strategy, with a success rate of over 90%. They advertise themselves as one of the most successful land promoters in England.

It’s completely legal and was essentially a standard practice within the land promotion industry.

In 2016/17, Harrogate received the highest number of planning applications since records began. 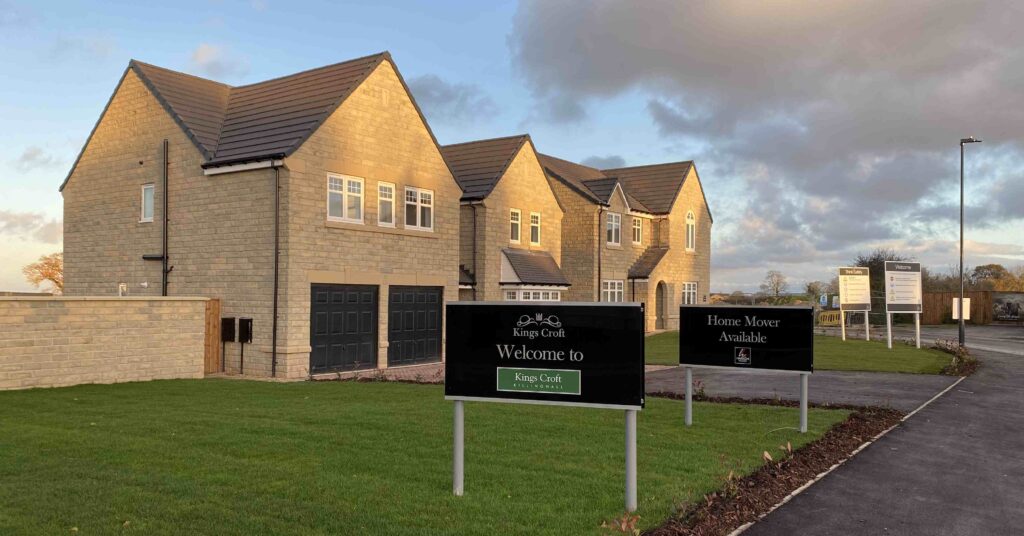 The development at Crofters Green, Killinghall, was one of those passed at appeal. Click here to read more.

By January 2019, Harrogate could demonstrate a robust 5YLS which tilted the balance in a different direction.

The debate ran over several hours with councillors struggling to reach a consensus, despite officers’ recommendation to approve the proposal. Eventually, the committee deferred the application to planning officers to approve, subject to some details being finalised.

But just nine months later, on September 9, 2019, the same application returned to the planning committee who refused it against the advice of officers.

The advanced state of the local plan and a healthy 5YLS gave the planning committee the confidence to reject the proposal.

The local development plan was finally accepted by the planning inspectorate and adopted by HBC in May 2020 affording further protection against harmful development in the borough.

But the damage has been done to the fabric of our communities, and over the next week, the Stray Ferret will look at the impact that six years of planning dysfunction has had on the lives of local people.

All this week, we look at the impact of a planning system in disarray.