0 Items
Jack Laugher’s mum: ‘He’s achieved so much but supports me too’
by 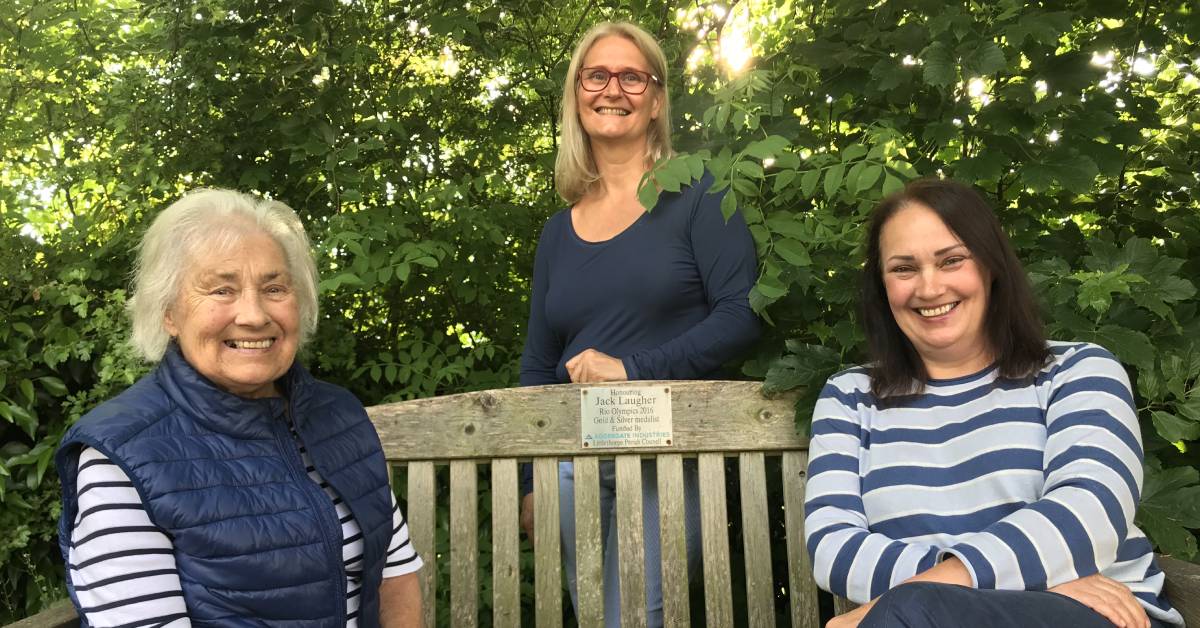 Jackie Laugher (centre) is pictured with Sylvia Grice and her daughter Helen Mackenzie at the bench installed in Littlethorpe in honour of Jack's Olympic Gold.

In the golden glow of Olympic glory, Jack Laugher told BBC television viewers that his favourite place in the world is “back home in Littlethorpe”.

For those who know him best, that came as no surprise.

The sporting role model has never forgotten his roots in the Ripon area and he continues to give back to the community where he was raised.

In the same week that he heard he had been selected for the GB’s Tokyo Olympic team, Jack agreed to sponsor the Roosters – Ripon’s newest netball team.

His mother Jackie, who will play in the a team for players aged 50 and above, told the Stray Ferret:

“While achieving so much in his sport, Jack has always been a loving son, supportive of what I’m doing. 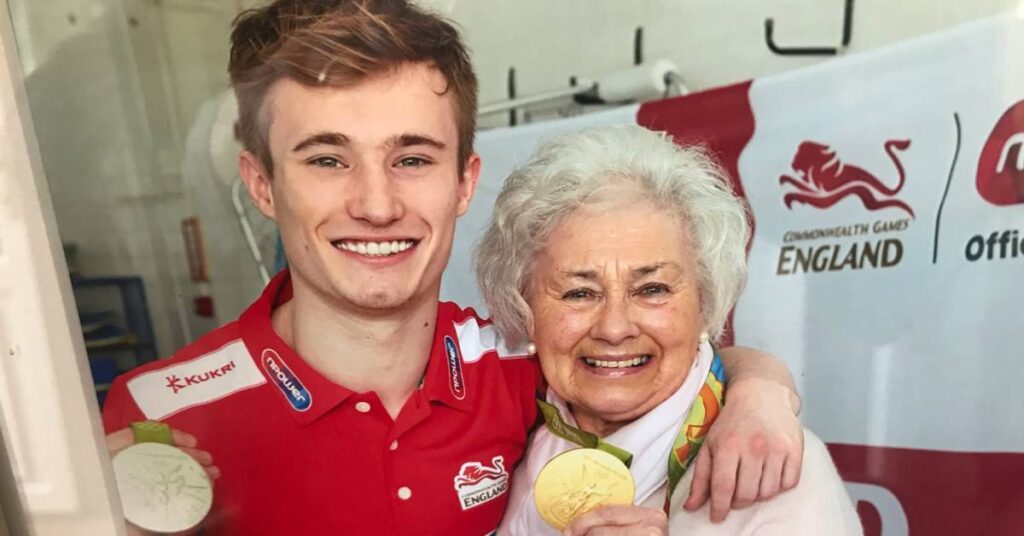 In addition to his Olympic gold and silver, Jack was a multiple medallist at the 2014 and 2018 Commonwealth Games. He is pictured here with Sylvia Grice.

A Transdev 36 double-decker bus is named in his honour and a bench installed by Littlethorpe Parish Council bears his name.

He was also one of six GB Olympic competitors supported by ALDI whose shoppers in Ripon and across the country could see his face on posters. 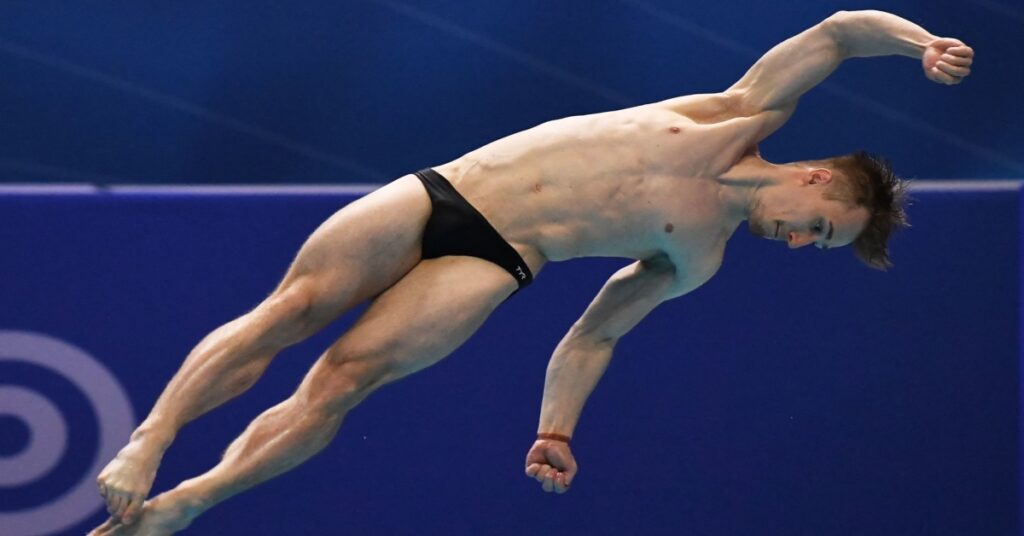 Jack in action at this year’s European Aquatics Championships, where he won silver. Picture: British Swimming

Jack’s mother Jackie and her best friend Helen Mackenzie were at the Maria Lenk Aquatics Centre in Rio to witness the winning springboard-propelled synchronised twists and turns, which denied the China team a clean sweep of the 2016 Olympic diving golds.

Back in the UK, a third woman shared in this triangle of triumph, watching on television in the lounge of her Littlethorpe home.

Sylvia Grice, who was made an MBE for teaching an estimated 250,000 children how to swim, saw her former water babe become an Olympic champion.

Jack, who started with his first splash at Ripon’s Spa Baths when he was three, now had gold around his neck.

“Even at that age, he had the confidence and control to swim under water and that proved to be a good omen.”

Helen, who is Sylvia’s daughter and has followed in her mother’s slipstream as a swimming teacher, also teaches PE at Ripon Grammar School, where Jack’s academic and sporting prowess was developed.

She will also join the new Roosters netball team, and said:

“Jack is such a special person – a giver, not a taker.

“After donating a buddies bench to Ripon Cathedral School, he turned up at his old primary in his GB Olympic kit to present sports day prizes, pose with children and parents for photographs and sign autographs.”