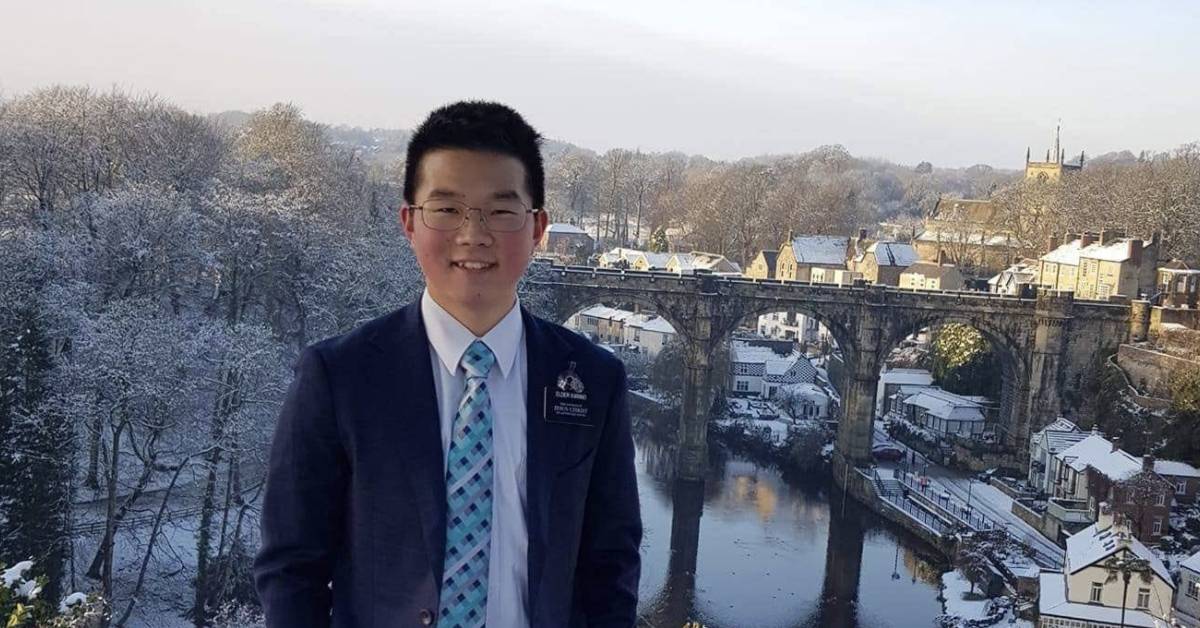 Chikara Karino is on a mission from Chiba, Japan to the Harrogate district to spread the word of the Church of Jesus Christ of Latter Day Saints, commonly known as Mormonism.

The 19-year-old has spent the last three months in Harrogate as part of a two-year trip away from his home to teach people in the UK about his religion and convert them to the faith.

The missionary said he’s enjoyed his time in Harrogate & Knaresborough so far and feels at home due to our Christian tradition. He first came to the UK last summer when travel was allowed.

“The UK and Japan have very different cultures!

“In Japan a lot of the culture is based on Shinto Buddihism whereas here is Christian so I feel united with the people.”

“It’s so beautiful in Harrogate. I like it so much.”

The religion was founded in the 1820s and now has over 16 million members across the world. They consider themselves Christian but also believe God sent more prophets to earth after Jesus Christ’s death.

Whilst members of the church believe in the Bible, both the Catholic and Methodist churches do not recognise the religion’s form of baptism.

Its suit-wearing young believers go on “missions” to different parts of the world where, in non-covid times, they knock on doors and speak to people in the street about their faith.

He said he hasn’t converted anyone in Harrogate yet, but has appreciated the conversations he’s had with people who are curious about his religion over Zoom.

“It’s been such a crazy time but thanks to technology I’m so grateful.”

Chikara said he preferred to be called a member of the Church of Jesus Christ of Latter Day Saints rather than a Mormon. He said this is because Mormon was an ancient prophet who edited The Book of Mormon, rather than a nickname for people who follow the religion.

He said he misses his mum, dad and six siblings in Japan as well as his favourite dishes of sushi and ramen. He hopes to visit Harrogate’s Japanese restaurant Domo when it reopens, as well as other local landmarks, such as Fountain’s Abbey.

“I want to thank everyone in Harrogate. I’m so grateful for their kindness. It’s been weird timing but thank you for letting us talk about Jesus and share what we believe in.”