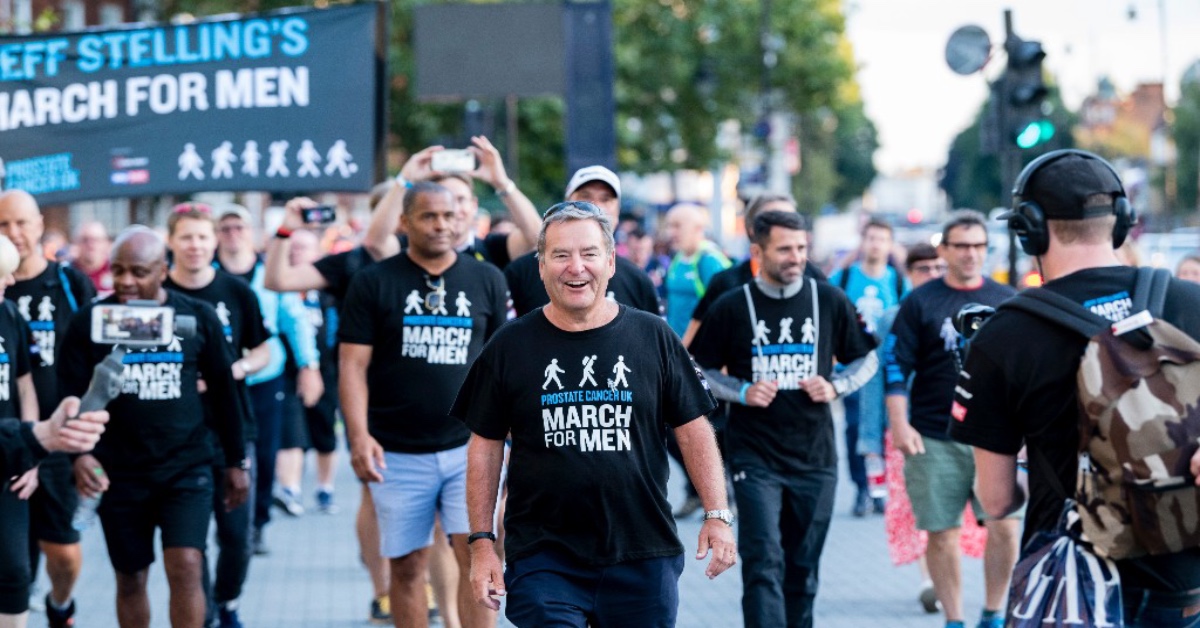 Well-known Sky Sports presenter Jeff Stelling is set to march from Harrogate to Leeds in aid of Prostate Cancer UK this month.

Jeff, who is known for anchoring Sky’s Soccer Saturday coverage, has raised more than £1 million for the men’s health charity and has taken part in four marches since 2016.

This year, he is set to walk from Harrogate Town’s EnvioVent Stadium to Elland Road in Leeds via Kirk Deighton Rangers and Leeds Rhinos.

The stop at Kirk Deighton will be poignant as the club was home to Yorkshireman Lloyd Pinder, who sadly died of the disease last year after striking up a firm friendship with Stelling.

The walk, which is taking place on August 31, will be one of four walking marathons he takes part in.

“Covid has had a horrific impact on lives across the UK, but prostate cancer has not gone away. In fact it’s now more important than ever that we support men and their loved ones.

“One in eight men in the UK will get prostate cancer in their lifetime. I deal in stats, but that one still shocks me. This is our dads, partners, brothers, grandads, uncles and friends.

“That’s why I wear the Prostate Cancer UK ‘Man of Men’ badge. That’s why we’ve marched across the UK three times, helping raise more than £1 million for crucial research to beat prostate cancer.”

Jeff has invited 400 football fans to take part in his walking marathons, including the walk to Elland Road, to raise funds for Prostate Cancer UK.

For more information on how to sign up, visit prostatecanceruk.org/jeffsmarch.