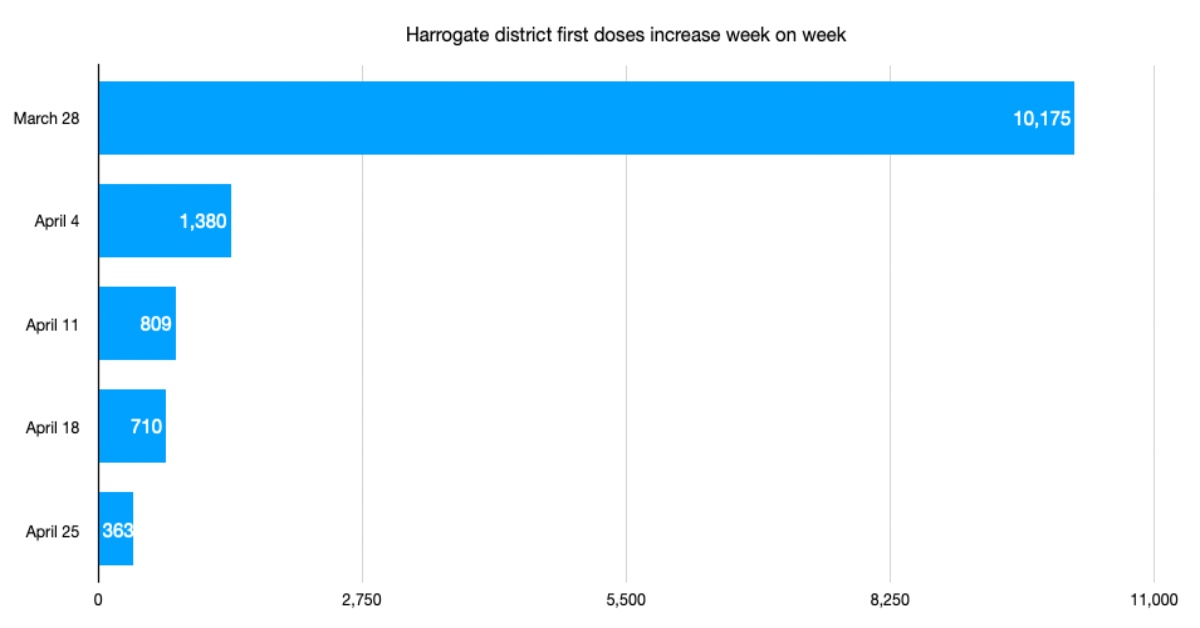 Just 363 first doses of a covid vaccine were given in the Harrogate district in the last week, as supply continues to decline.

A total of 95,500 people have had a first vaccine in the district so far, according to latest NHS England figures.

However, the number administered each week has declined throughout April due to a national shortage of supply.

NHS officials wrote to GPs across the country and warned there would be a “significant reduction in weekly supply” from March 29. Our graph illustrates how steeply the decline has been.

Earlier this week, the Stray Ferret revealed that no further first dose supply is expected in the district for a month.

It comes as those aged over-42 have been invited to come forward for a covid vaccine.

A total of 38,115 second doses have been given in the district so far according to the latest figures.

Elsewhere today, a further three covid cases have been confirmed in the Harrogate district.

According to Public Health England, it takes the total number of infections since last March to 7,668.

No further covid deaths have been confirmed at Harrogate District Hospital.

NHS England statistics show the last death from a patient who tested positive for coronavirus reported at the hospital was on April 11.

The death toll at the hospital remains at 179 since the start of the pandemic.