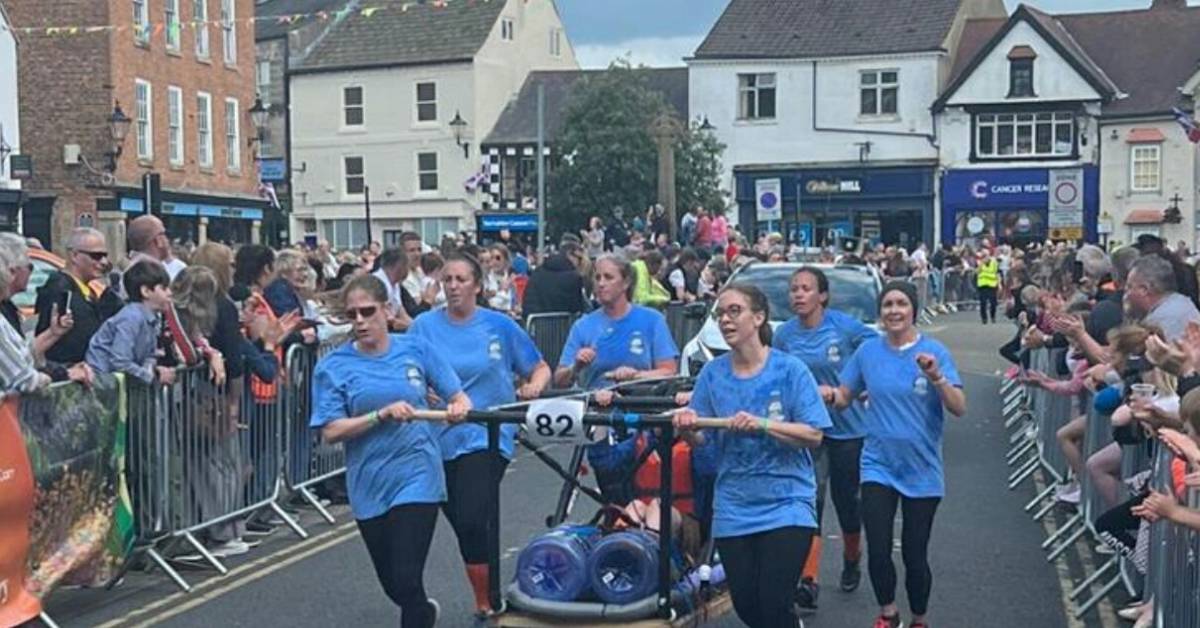 Good morning and welcome to our Knaresborough Bed Race live blog. It’s Tom here who will be here all day. It’s the first race since 2019 and it’s fair to say there’s a buzz of excitement around.

The weather at the moment is overcast with a light breeze, perfect weather for lugging a heavy bed through town.

The actual race kicks off at 3pm but there’s a whole day of activities organised by Knaresborough Lions. I will be heading to Knaresborough Castle shortly for the judging of the best-dressed beds competition.

Amusements at Conyngham Hall open at 12pm and there’s the traditional parade of beds through the town from 1pm.

Teams have been slowly making their way up the high street all morning carrying their beds to the castle, conserving some energy for later you suspect.

With all the festivities of the day, it’s easy to forget there was an actual competition taking place.

The presentation followed a very enthusiastic live band who performed hits from The Killers and Mumford and Sons, which had the crowd dancing like it was Glastonbury.

GH Brooks was the quickest team on the day, making their way around the course in a rapid 12.59.

The Welly Wheelers were the fastest women’s team at 15.14 and celebrated on stage to pick up their trophy. 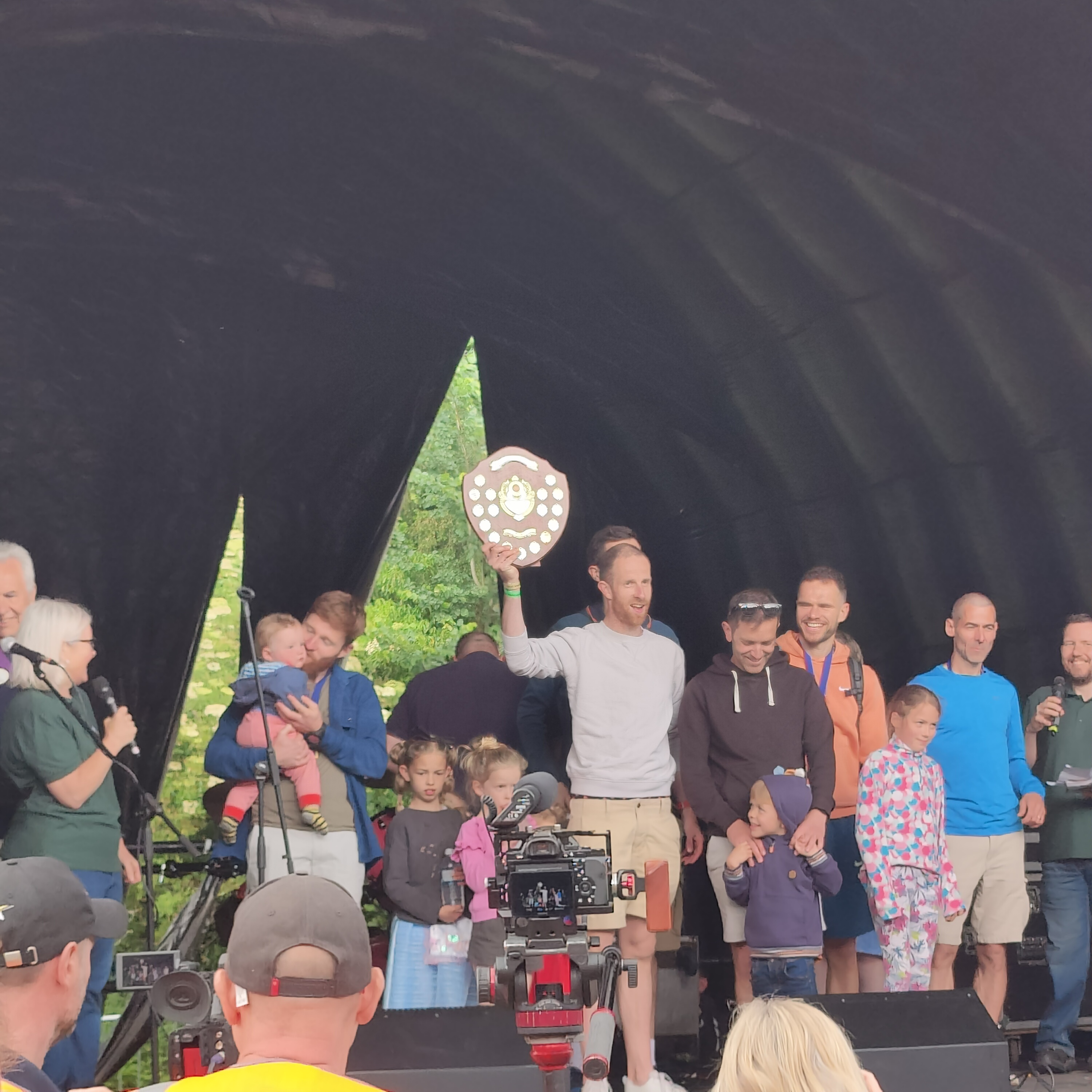 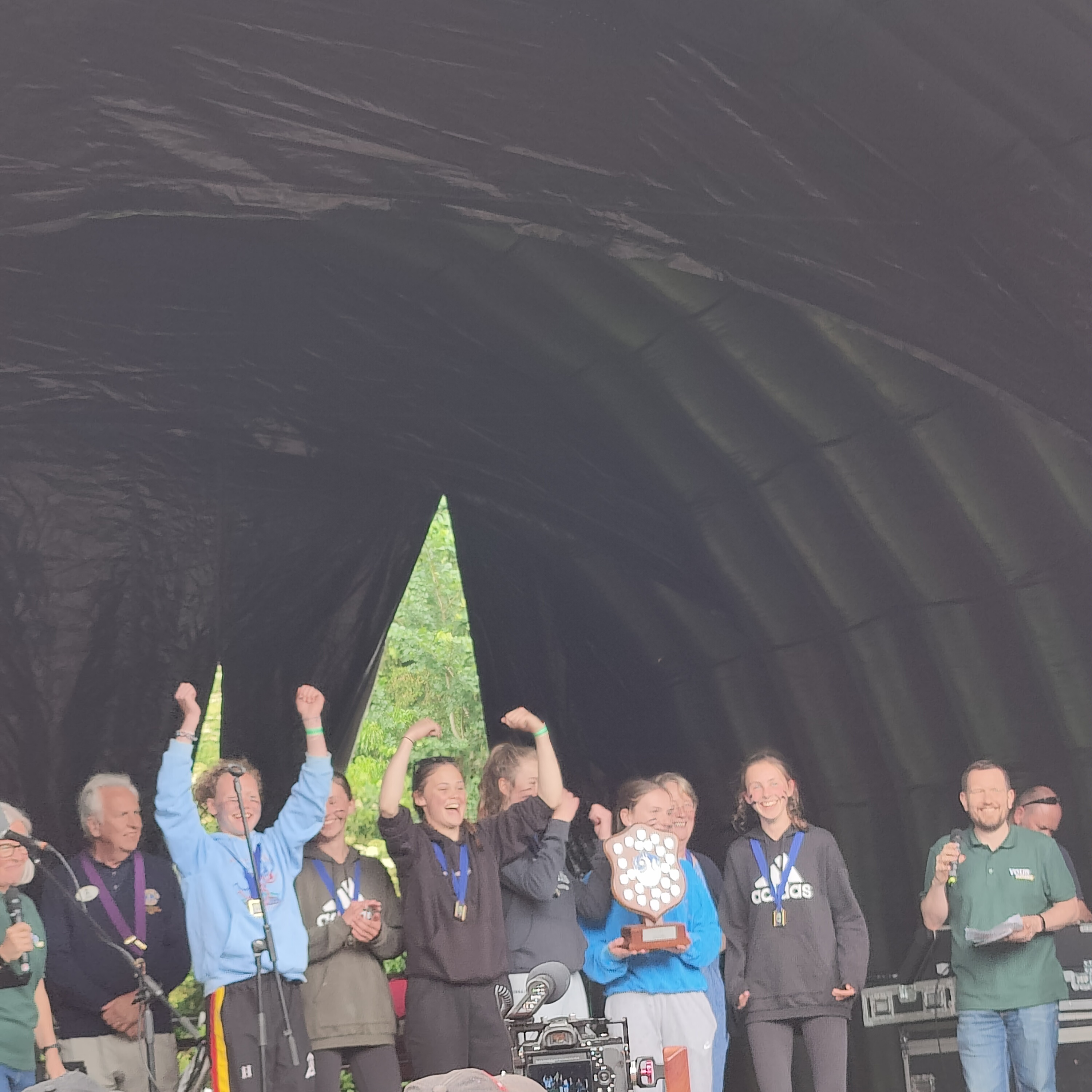 That’s all for a very enjoyable Bed Race 2022. See you next year!

Thousands of people lined the streets to cheer on every team who competed in this year’s bed race. We got a good vantage point close to Henshaws to take in all the action.

One moment that summed up what bed race is all about was near the end when a woman was walking after being separated from her team. She looked in agony but the crowd roared and she picked up the pace to carry on running past the delighted spectators.

Watch the race below:

Whilst the bed race at 3pm is main attraction, today is usually the busiest day of the year for pubs and cafes in Knaresborough. We stopped for a quick pitstop in the Hart on Market Place, where it was lively. 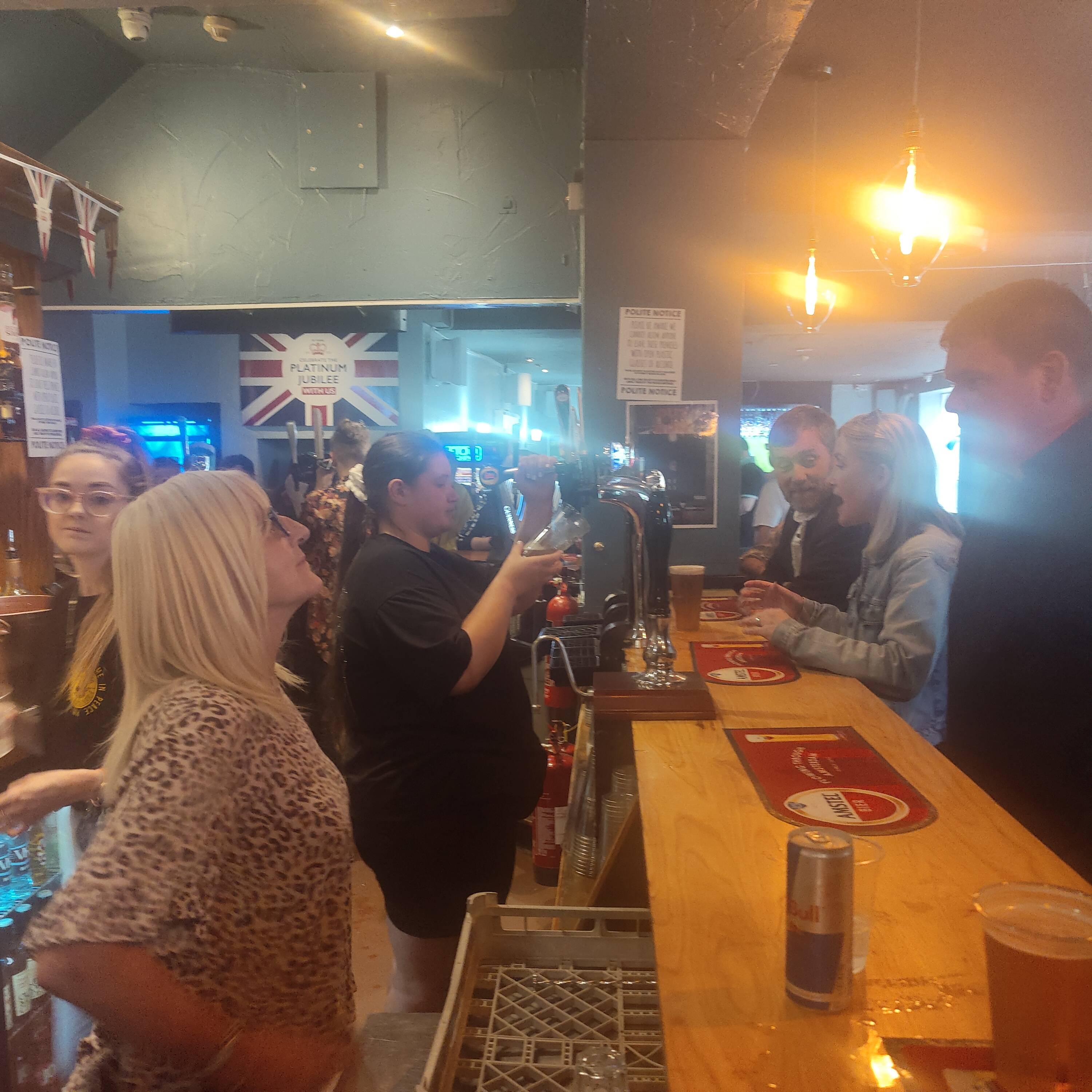 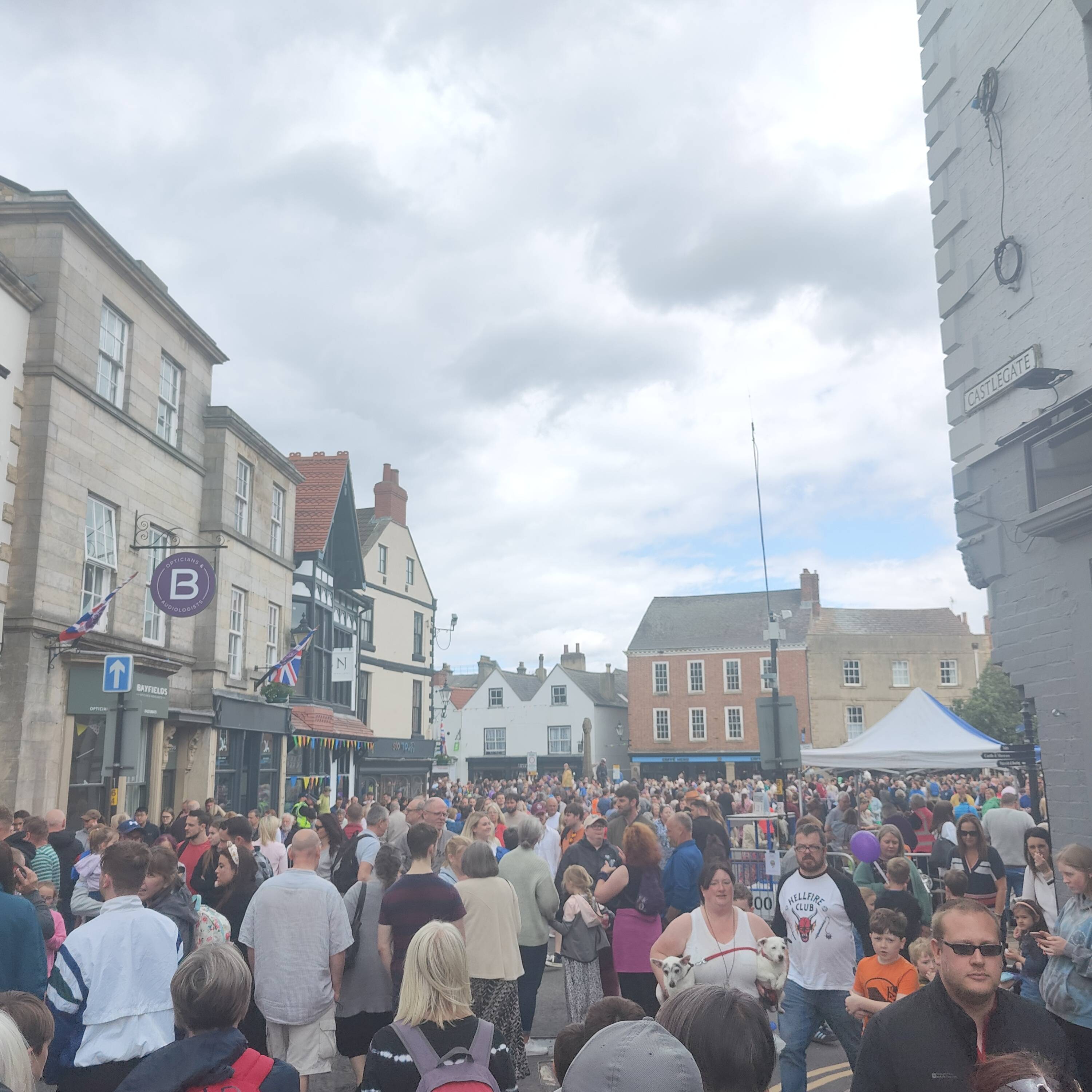 All 85 beds took part in a glorious parade through the town that was led by bagpipes, The Rocketmen and a resplendent Knaresborough town crier Roger Hewitt.

The parade was a feast for the senses and it was hard to keep up with everything on show but there were bumblebees, men dressed as mermaids, rugby players and more. We’ll pretend those few raindrops we all felt didn’t happen.

Watch our video of the full parade below:

A team of Knaresborough dads called The Rocketmen have picked up the top prize for their steampunk-inspired effort. Bravo.

The Wall-E bed that caught my eye going up the high street this morning came a commendable second.

The steampunks will take pride of place with their bed at the front of the parade, which starts shortly. The streets are already full with people hoping to get a good view for the afternoon. 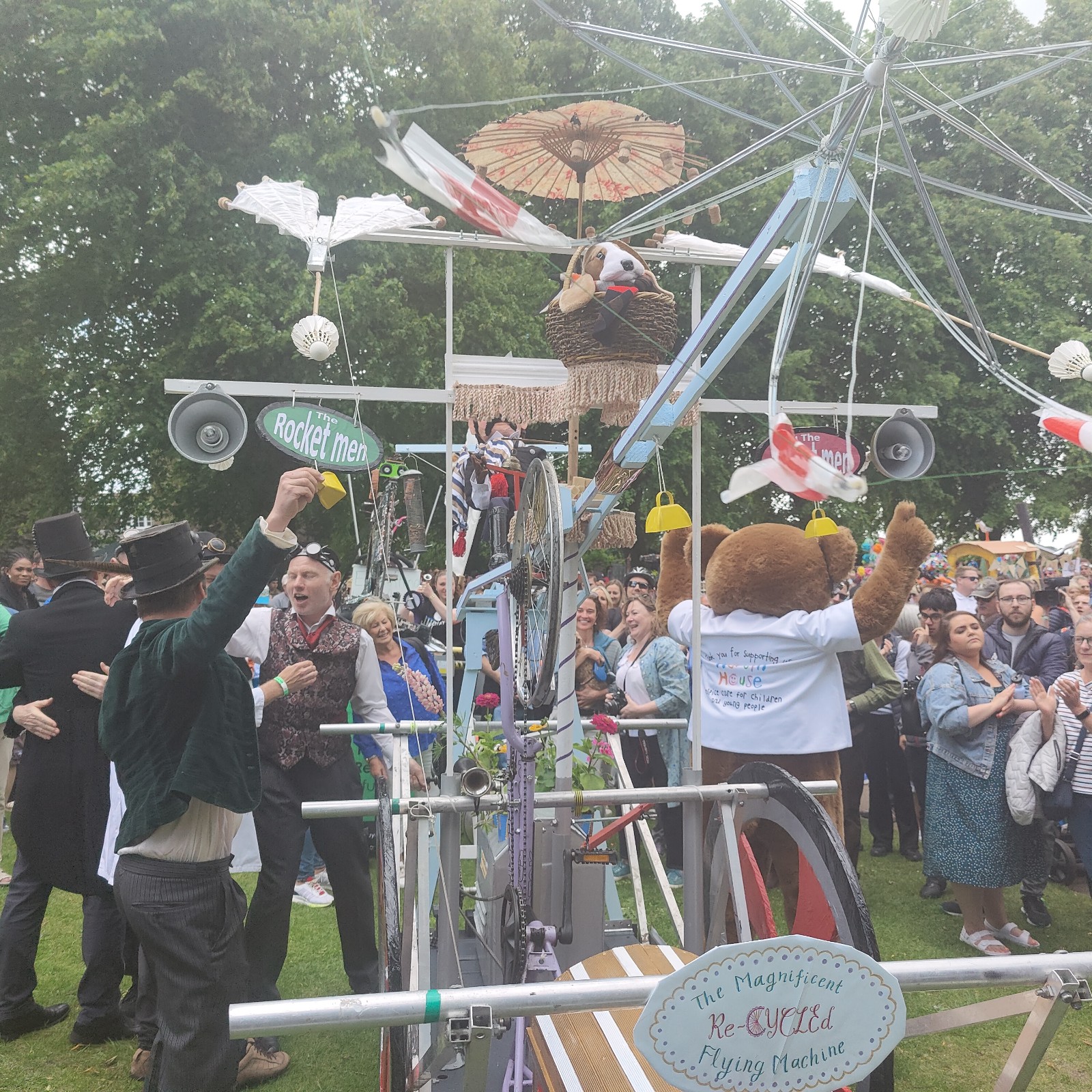 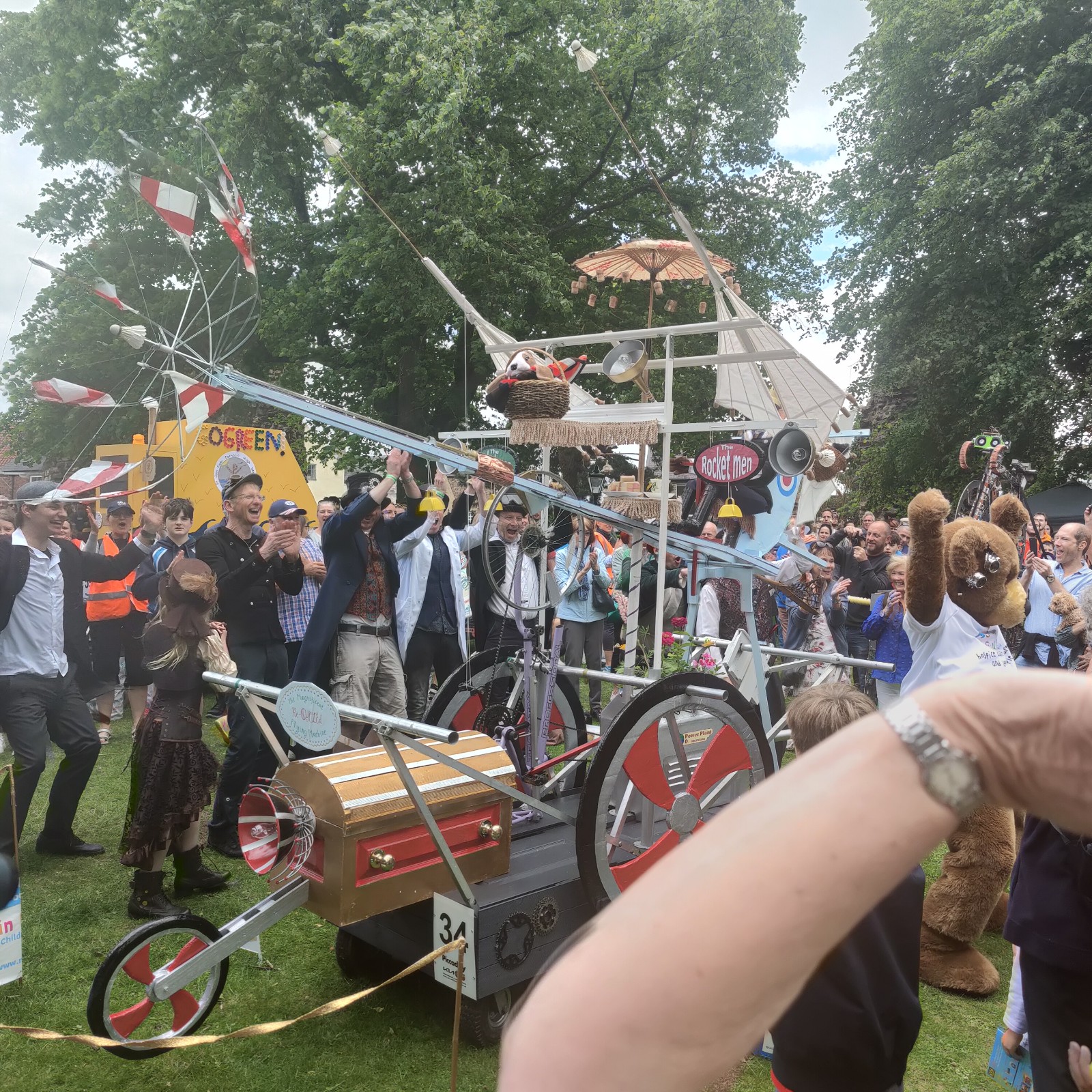 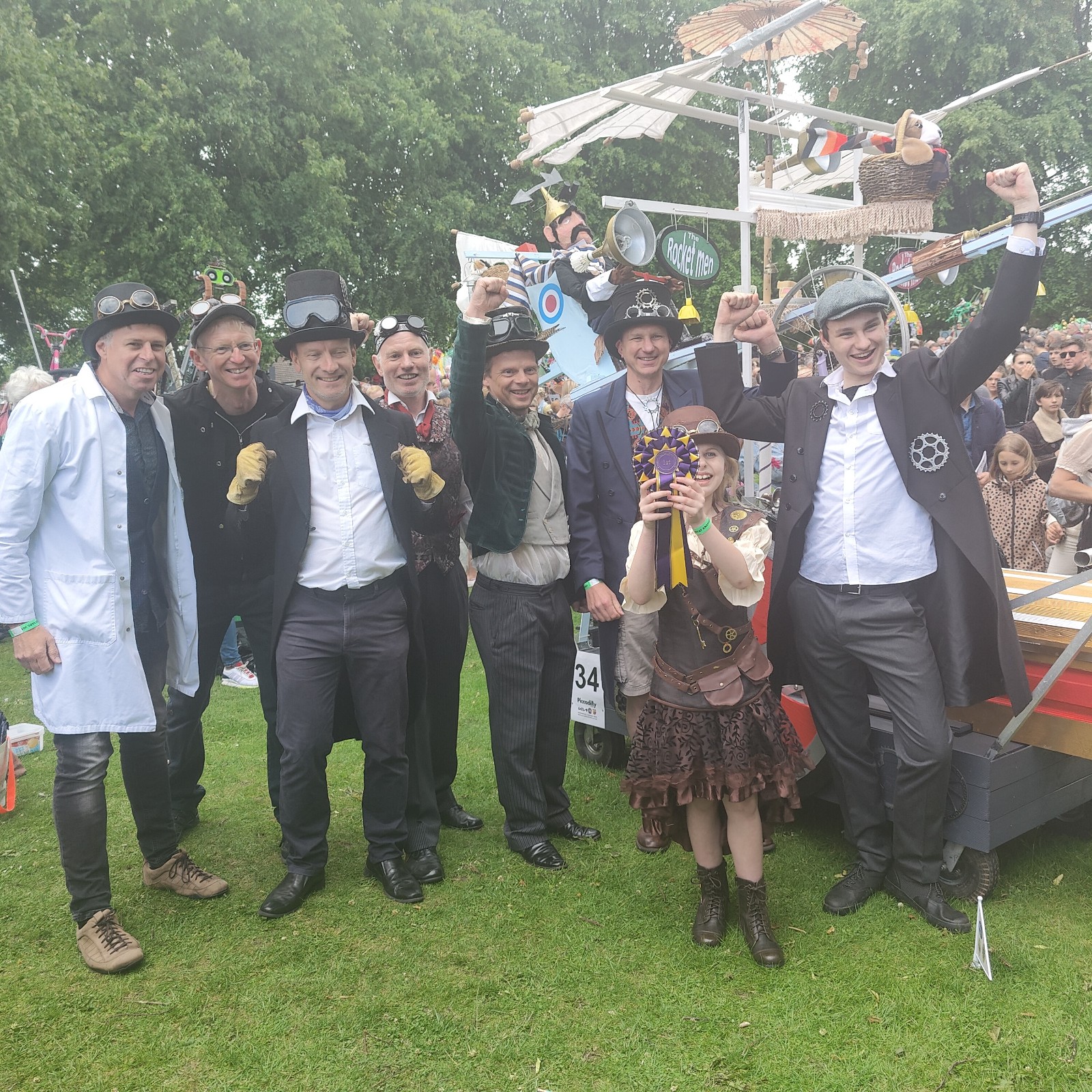 Judging is underway for the not-so-serious business of best dressed bed. There are over 80 teams and they’ve all got into the environment spirit.

Without wanting to pre-empt the judges decision, I really did like Techbuyer’s effort which involved decorating a bed and bicycle with used computer components. Although it did look very heavy, which could cost them in the time trial.

Top marks to Monkton Meanderers and Meadowside Academy, too. 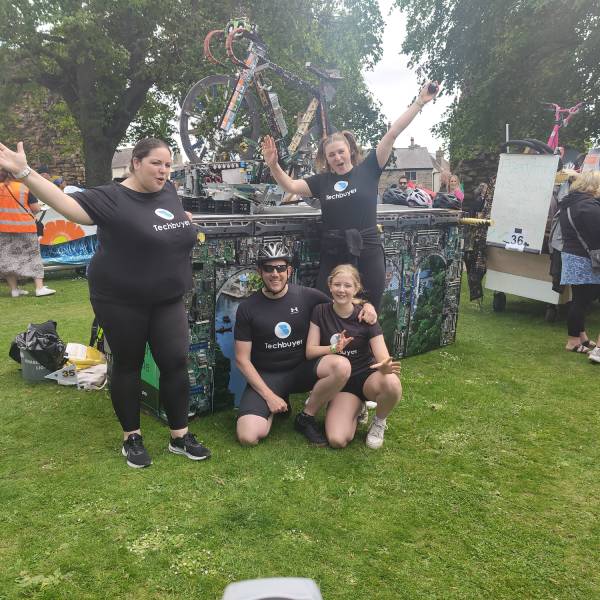 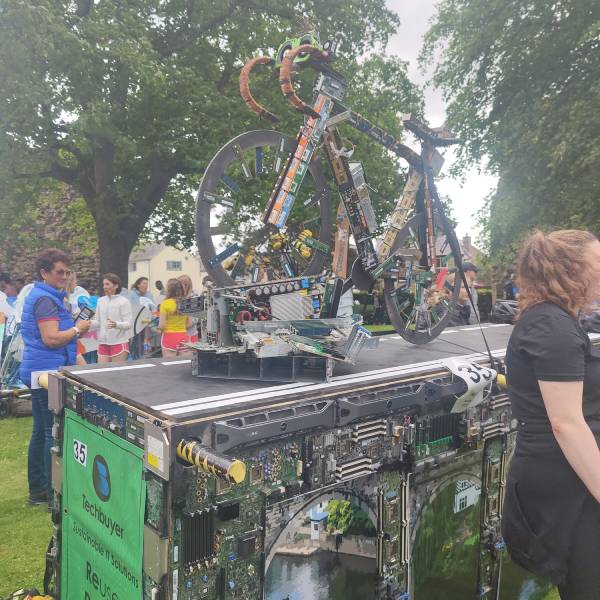 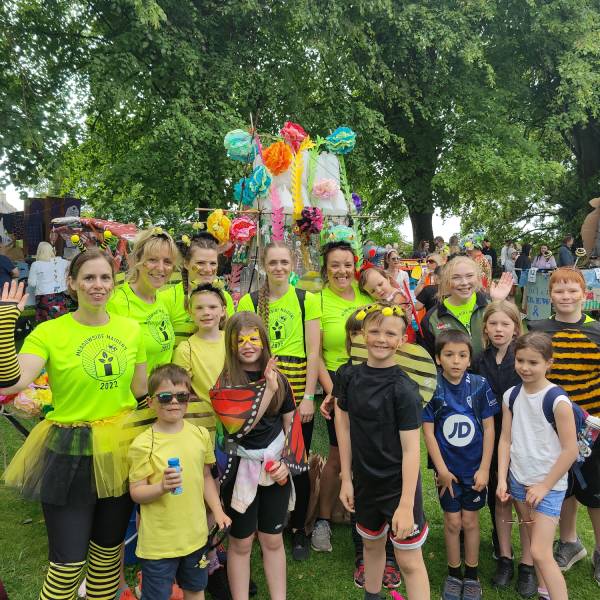 Monkton Meanderers with their bed that shows the recycling process.

10.30am – People and their beds make their way to Knaresborough Castle.

The theme this year is The Environment: Reduce, Reuse, Recycle. One woman was seen walking up the high street with an ingenious dress made out of crisp packets. Crisp chic!

Another team was pushing up their bed, which was the Pixar trash cleaning robot Wall-E. 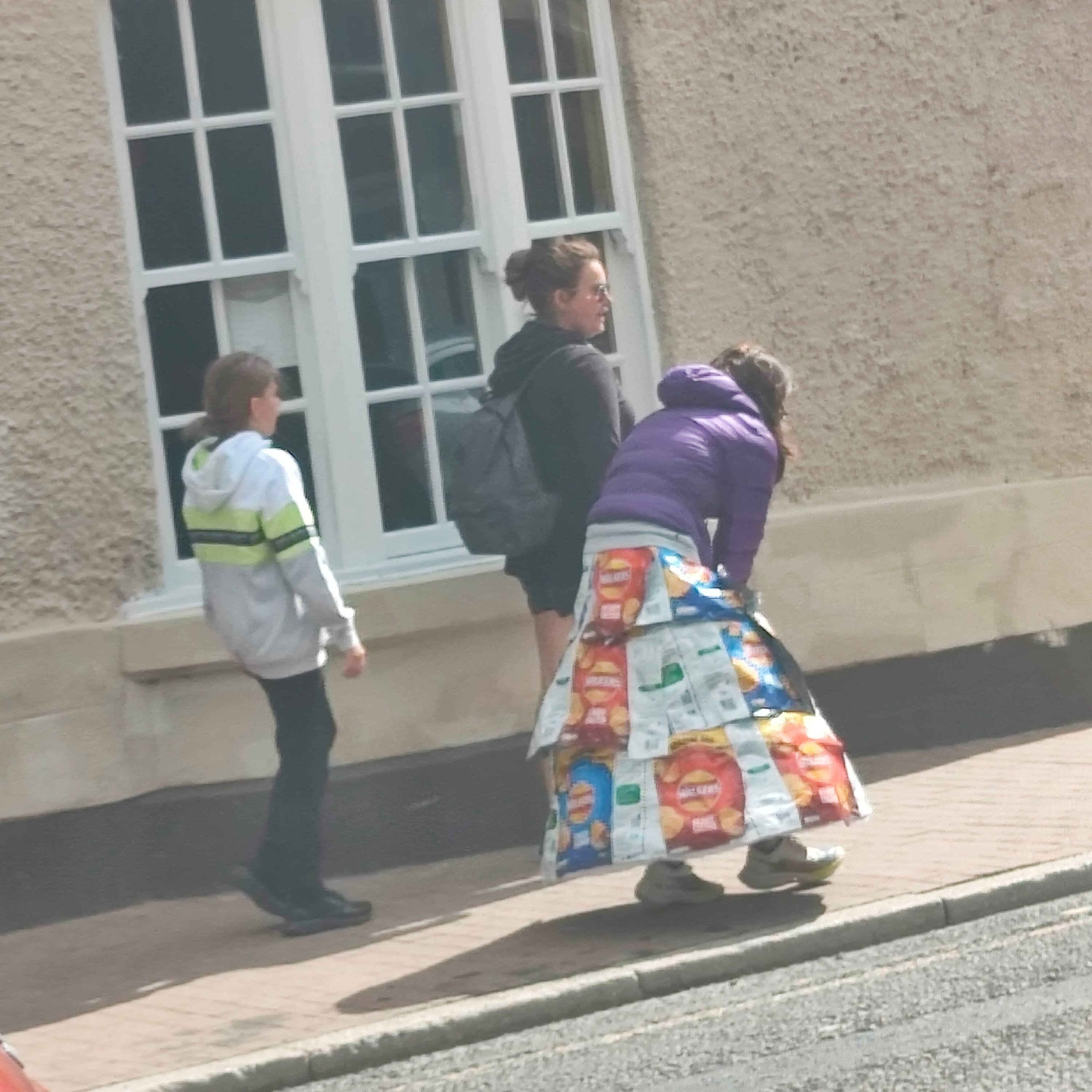 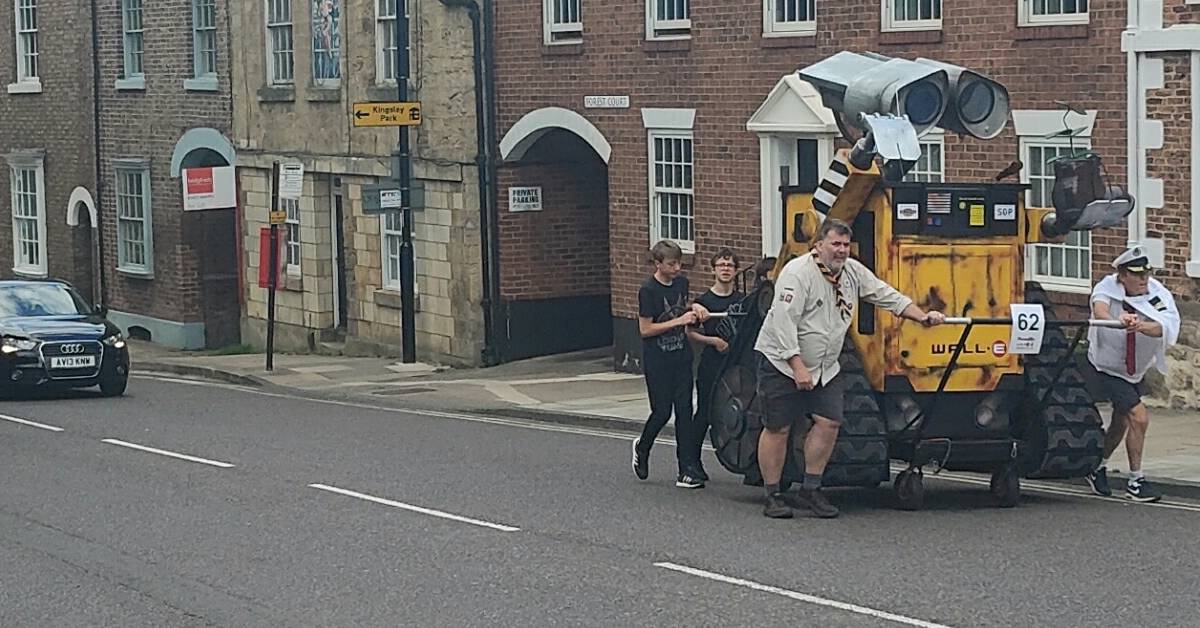