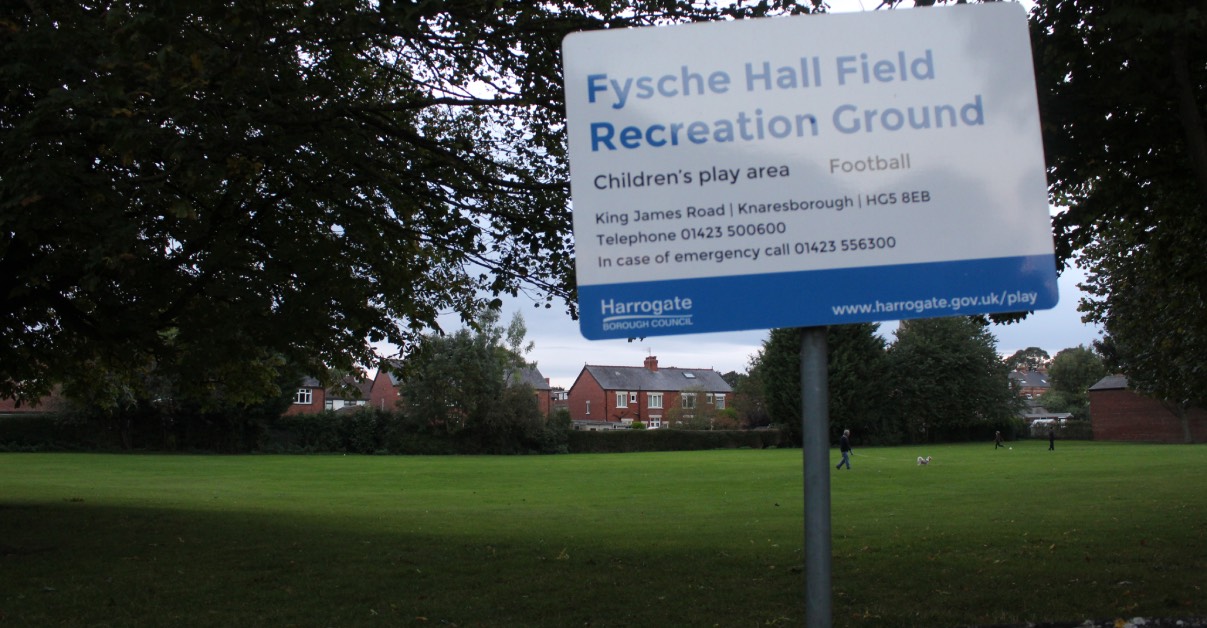 The leader of a Knaresborough group fighting to stop a new swimming pool being built on a green field has described the plans as “environmental vandalism of the highest order”.

David Hull set up Not on Fysche Field (Not Off) when Harrogate Borough Council proposed a new Knaresborough leisure centre and suggested it could be built on the park alongside the current site.

Mr Hull handed in a 600-name petition to the council last night opposing the plans and read a strongly worded statement.

“This proposal to build on Fysche field park has been a complete shambles from day one.

“Harrogate Borough Council have behaved in a totally selfish and arrogant fashion by deliberately withholding information and not being honest with the public.

“The people are speaking and need to be heard. They don’t want or need this environmentally destructive development on Fysche field.

“Building a brand new pool right next to a perfectly functioning one is environmental vandalism of the highest accord.”

Mr Hull’s petition calls for any new leisure centre to be built on the existing footprint rather than moving it onto the green field adjacent.

The council’s current favoured plan is to build the new leisure centre on the play area to the side of the leisure centre rather than the green space. But the threat to the park remains.

During his presentation last night, Mr Hull read comments from individuals who he said supported the campaign. One questioned whether councillors were “getting rich” from this development.

This drew a strong rebuke from council leader Richard Cooper, who said councillors shouldn’t be “slighted or demeaned” in this way.

“We wanted to demonstrate that the community is not saying no to the development. We support a sensitive development but it needs to be sympathetic to the local area.”

Mr Hull added that greater transparency from the council would stop people holding so many negative opinions.

Malcolm Margolis says the town needs to wake up to the wider benefits of the scheme while two other readers provide alternative views.
https://buff.ly/3pLYRyb