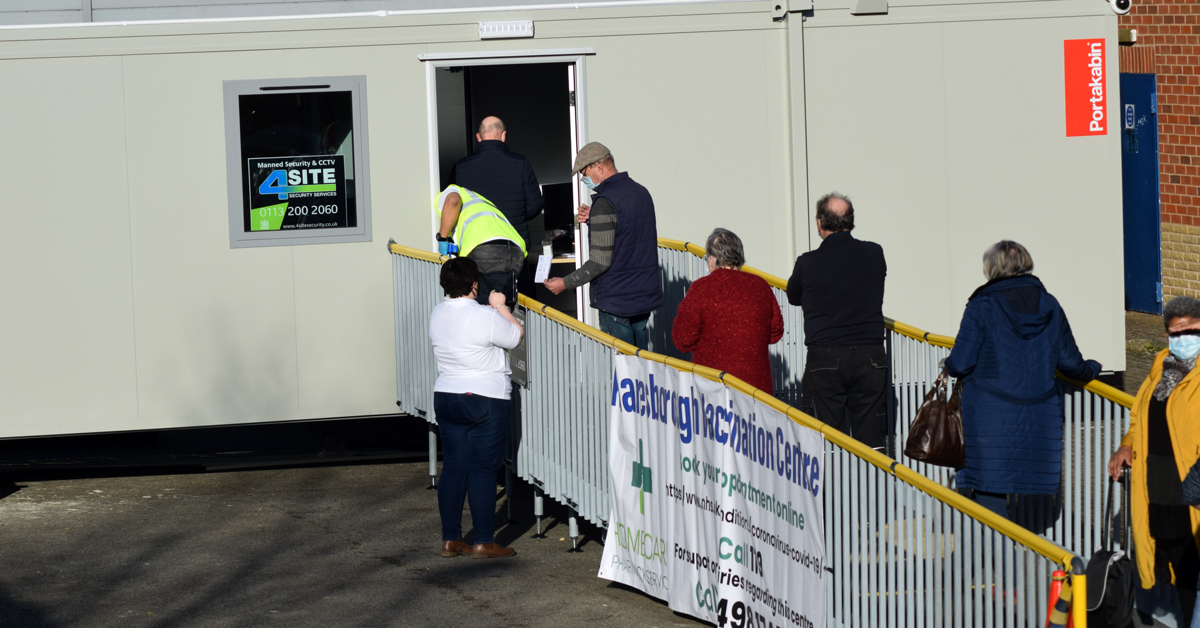 The vaccination centre in Knaresborough.

Knaresborough’s coronavirus vaccine centre is ramping up its walk-in clinics as it prepares to host a total of 21 in August.

That will be the same all month. The centre will be open most days in the week between 8am and 5pm except for Mondays and Sundays.

While appointments are still available, the option to “grab a jab” by just turning up has made a difference for the vaccine centre.

“We are getting a lot coming in for the walk-in sessions. I would say on average around 100 extra people turn up without an appointment.

“By around mid September we should have given everyone over 18 who wants a jab both doses of the coronavirus vaccine.

“Shortly after that we expect to be starting the booster programme. So that would make things easier.”

As of yesterday, the Harrogate district has given out 104,995 second doses and 123,009 first doses according to government figures.