0 Items
Lidl supermarket in Ripon set for go-ahead
by 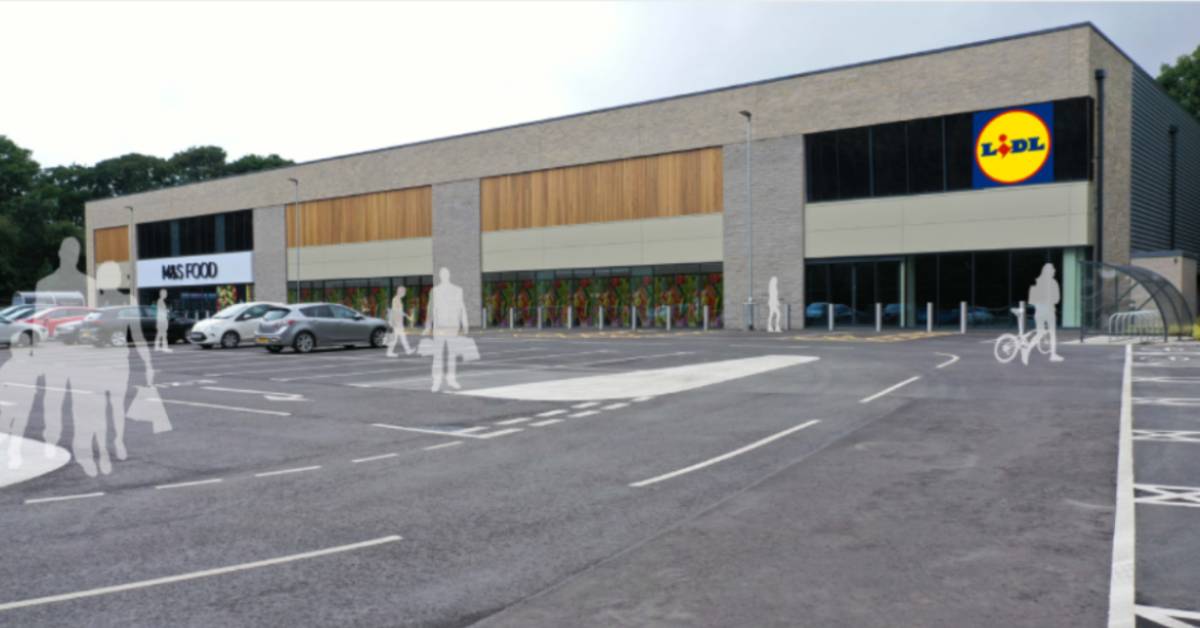 An artist's impression of the new supermarket.

Plans for a new Lidl supermarket at St Michael’s Retail Park in Ripon look set to be given the go-ahead by councillors next week.

The new 11,840 sq ft store, which would create up to 40 jobs, has been recommended for approval at a meeting of Harrogate Borough Council’s planning committee on Tuesday.

If councillors agree with the recommendation, the supermarket would occupy two units at the £10m retail park, which opened in July last year.

A report to next Tuesday’s meeting said:

“The proposed development is acceptable and meets the requirements of the sequential and retail impact tests.
“The development will create jobs and provide economic benefits to the local area.”

The plans were submitted to the borough council in May following a virtual consultation with the local community earlier this year.

Lidl previously said the store would represent a “multi-million-pound” investment into the Rotary Way retail park, which is currently only occupied by Marks and Spencer and owned by Leeds-based retailers Rothstone Estates.

Separately, plans for a Lidl store at the former Lookers car dealership on Harrogate’s Knaresborough Road were approved by the borough council last month.

The German supermarket chain previously said these plans will also create up to 40 jobs.