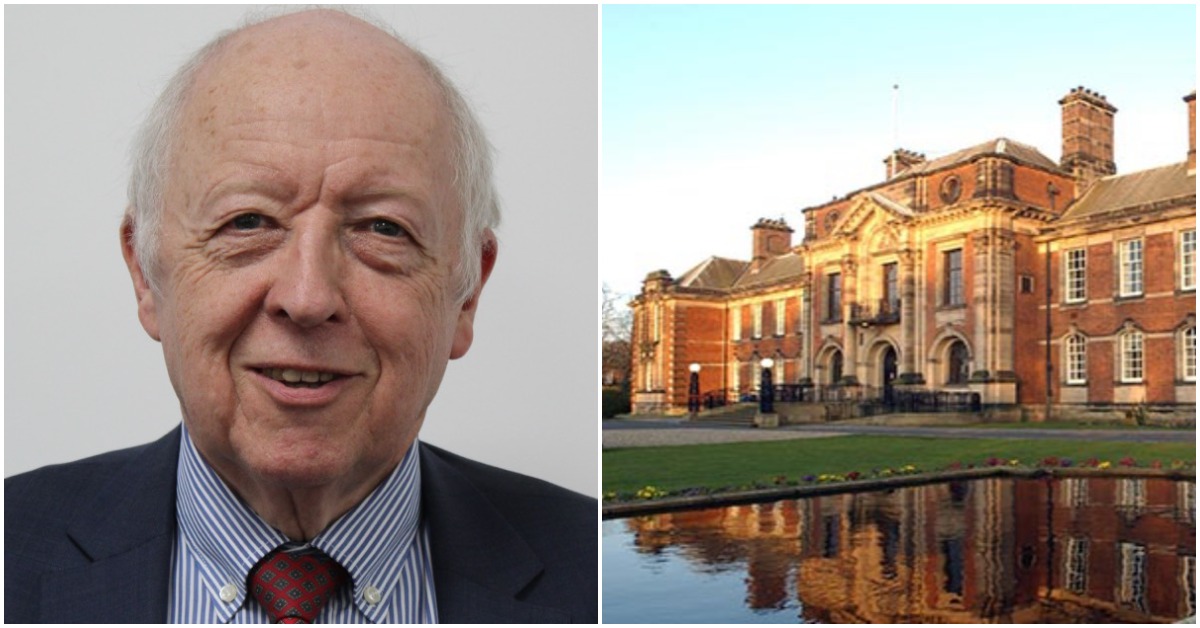 Carl Les is set to name his new team.

Recap the highlights from today’s first North Yorkshire County Council meeting today since the local elections on May 5.

The key points include:

A marathon 3.5-hour meeting ends. It was the first county council meeting since the local elections and saw a new executive team named by leader Carl Les.

The more even political composition of the council was reflected in the length of some of the debates. 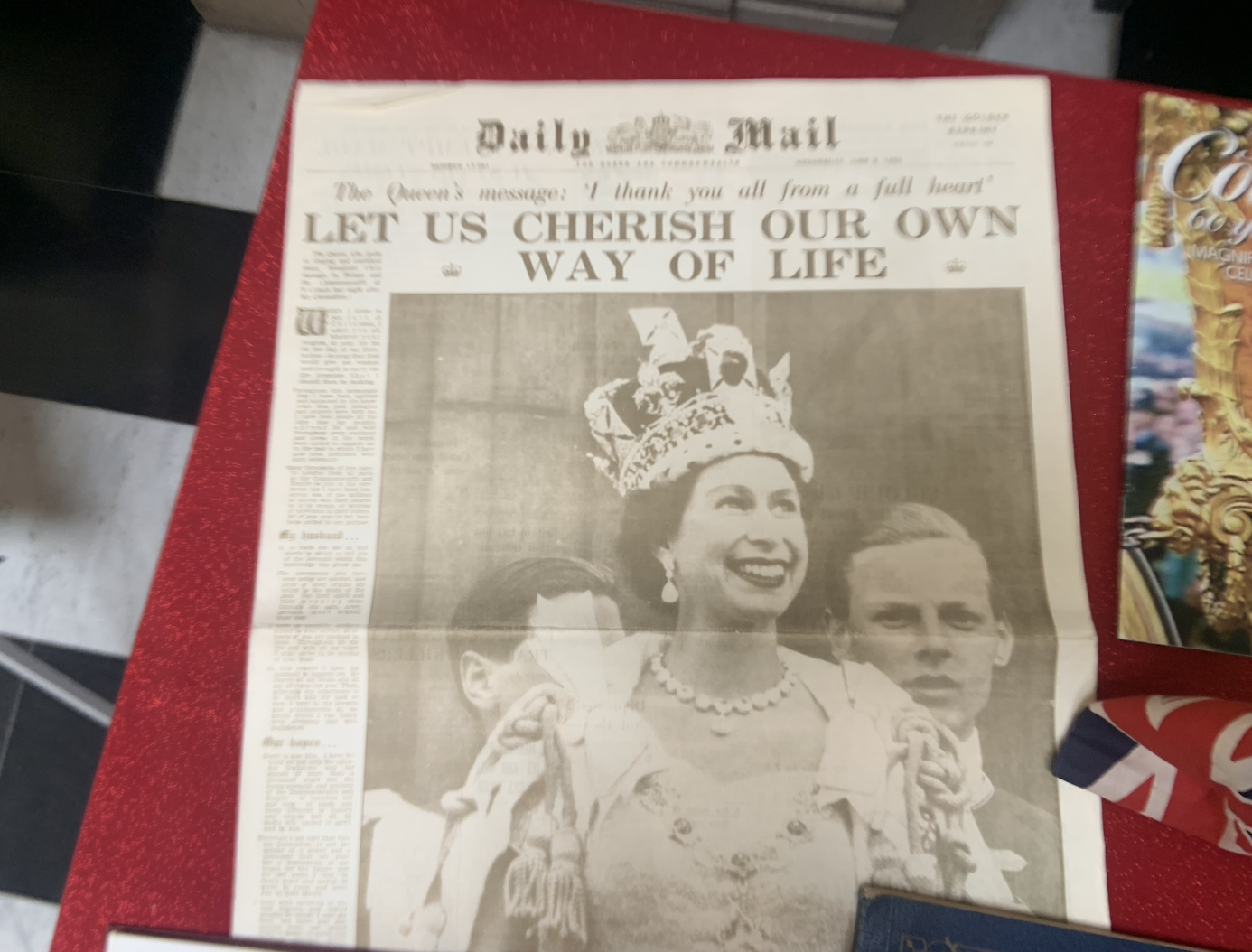 A copy of the Daily Mail from June 3, 1953 — the day after the Queen’s coronation — is on a royal-themed table greeting everyone at today’s meeting at County Hall, Northallerton.

Michael Harrison, the executive member for health and adult social services, says 15 care homes in North Yorkshire have one or more covid cases. He says this has an impact on the NHS, which can’t discharge patients to these homes.

1.42pm: Motion to criticise Home Office of handling of Linton is passed

Some Conservative councillors are reluctant to vote on a motion criticising the Home Office, saying it is against procedure, or political grandstanding, But after a lengthy debate the motion is voted on and receives overwhelming support from all parties.

Cllr Stuart Parsons, the leader of the Independent group, proposes a vote of no confidence in the Home Office in its handling of the asylum centre at Linton-on-Ouse.

Cllr Les says he’s happy to make a statement and support Hambledon District Council’s call for a judicial review but can’t support a blanket no confidence motion on the Home Office.

Cllr Malcolm Taylor, whose division includes the former RAF site at Linton-on-Ouse that is to be converted into the centre, says Home Office representatives will be attending a parish council meeting tomorrow night and a demonstration is planned.

He says Linton has a population of 600 and the first asylum seekers are expected on May 31.

The centre will be on the edge of the Harrogate district, just a few miles from Knaresborough and Boroughbridge.

A Conservative councillor living near the site says her inbox is full of messages of concern, many from women worried about the impact of an influx of hundreds of men in the area.  She says asylum seekers need help but urges fellow councillors to “think of that little community”

There is now a vote over whether the no confidence vote should go ahead.

Cllr Duncan is receiving plenty of transport questions and is giving an assured first performance.

He is asked whether the council’s pilot scheme testing demand-led buses, which includes Ripon and Masham, will be extended. The system is likened to Uber whereby people call for small local buses rather than rely on a timetable service.

Keane is keen. He says “this is exactly the type of approach we should be taking” as an alternative to conventional bus services. He adds demand-led buses won’t be appropriate everywhere but they could be rolled out in many areas. 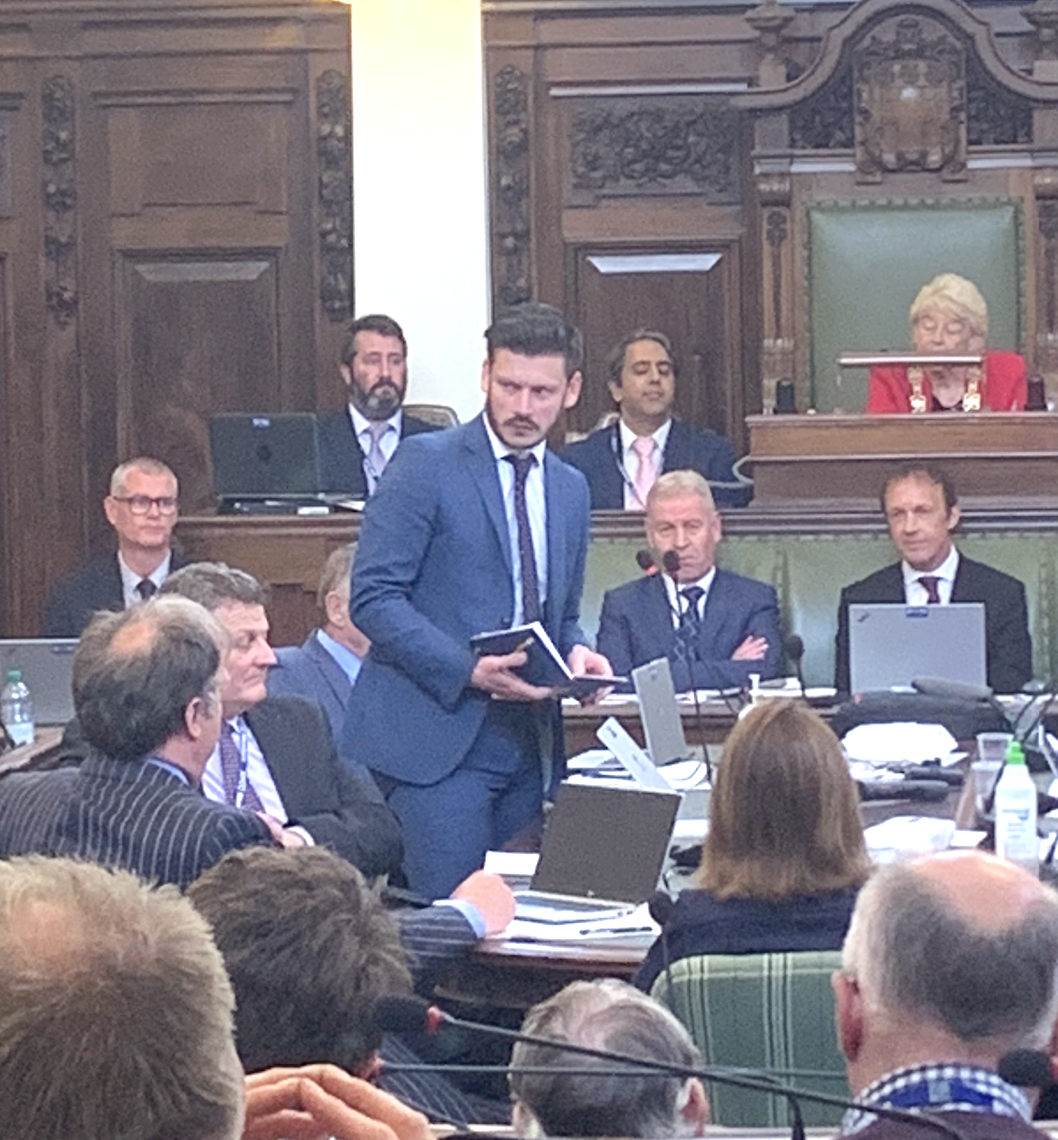 Cllr Keane Duncan says some bus routes are not viable and the council needs to look at alternatives to help people get around. 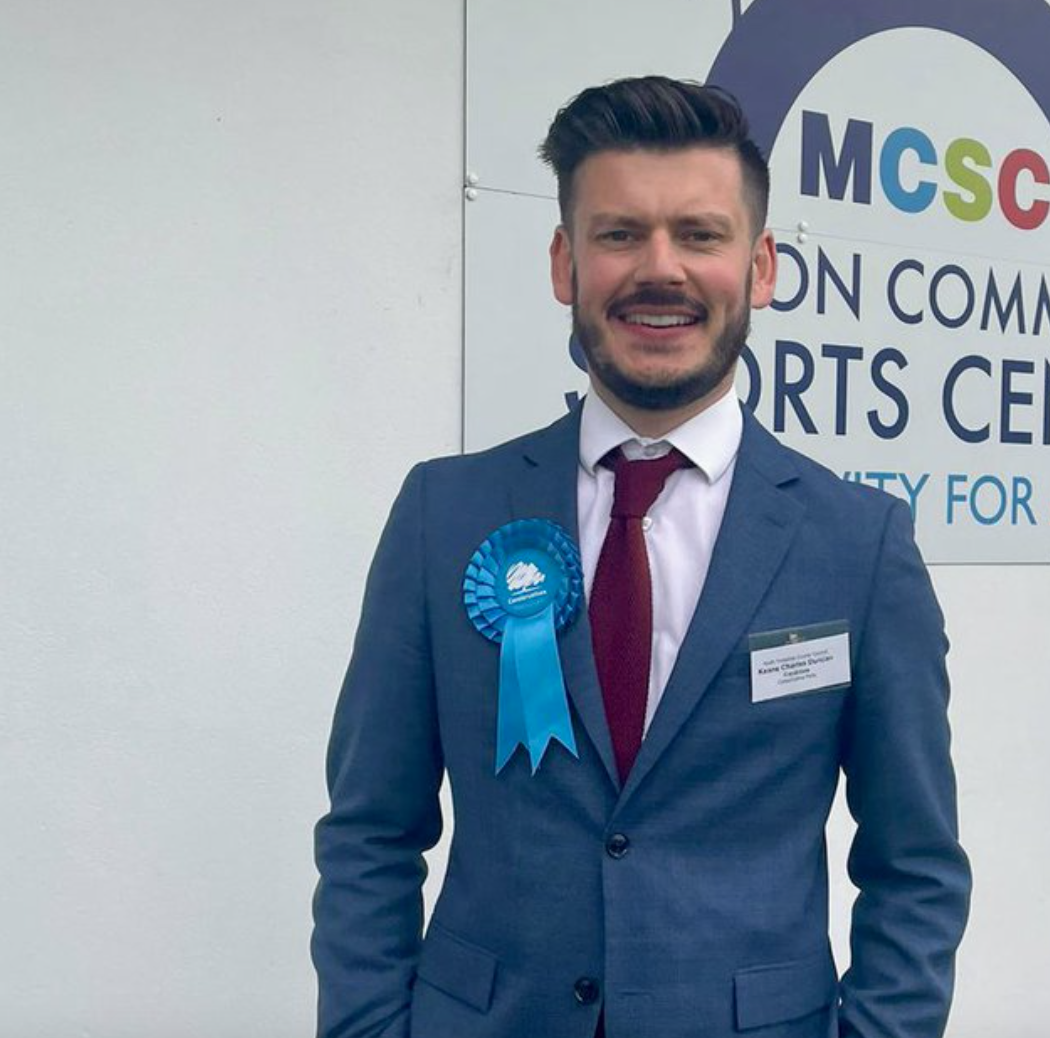 Cllr Williams invites Cllr Duncan to visit Ripon “so I can show him first had some of the pothole-ridden roads you’ve taken priority for”.

He adds he’s sure Cllr Duncan wants to make it a priority for residents to be able to drive around North Yorkshire “comfortably rather than bouncing around”.

Cllr Duncan says it’s a new council but “many issues will be the same”. He agrees to visit Ripon and is then invited by Liberal Democrat Pat Marsh to also visit Knaresborough.

12.28pm: What will happen to local assets like Knaresborough Castle? 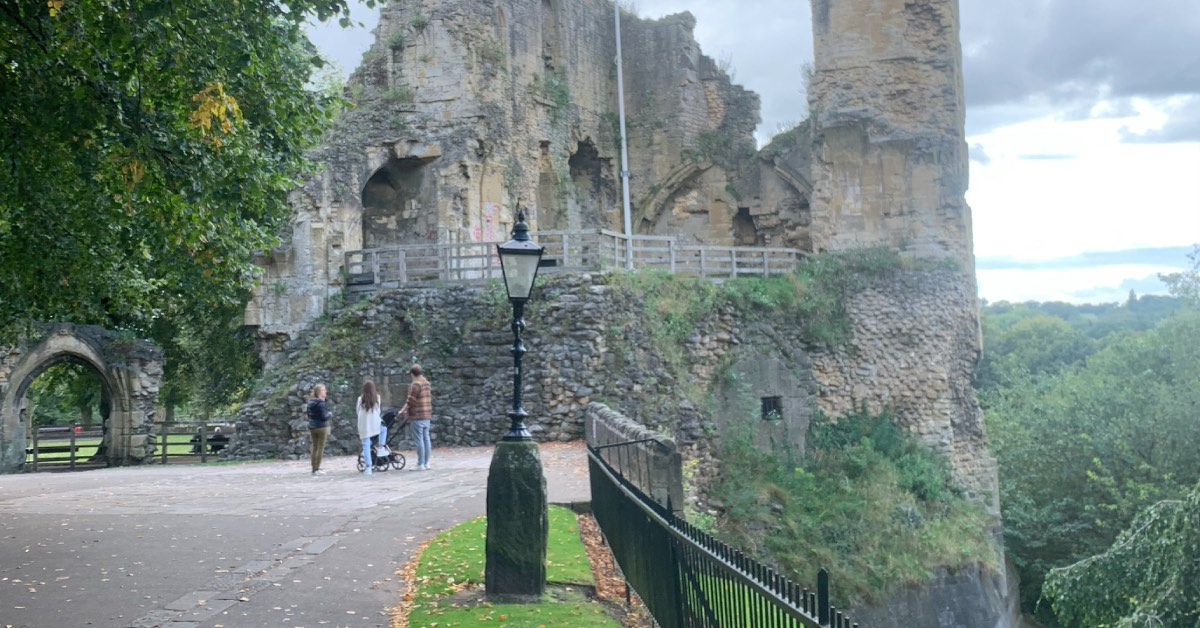 Liberal Democrat Pat Marsh asks how parish councils will be given a voice to “retain assets they feel are theres”, such as Knaresborough Castle, when the seven district councils, including Harrogate Borough Council, are abolished next year.

Deputy leader Gareth Dadd says North Yorkshire Council could inherit 13,000 pieces of real estate when it begins life next year. He says the new council “will be open for asset transfer” and is “mindful of the benefits of community ownership” but does not commit further.

12.22pm Why do councillors have plastic bottles?

Bryn Griffiths, the Liberal Democrat councillor for Stokesley, asks why he can see so many single use plastic bottles in the chamber.

Cllr Greg White replies that he can’t give an answer but will look into it.

Cllr Griffiths then asks if removing single use plastics is a council commitment.

Cllr White says, to cheers, it will happen “as soon as we possibly can”. 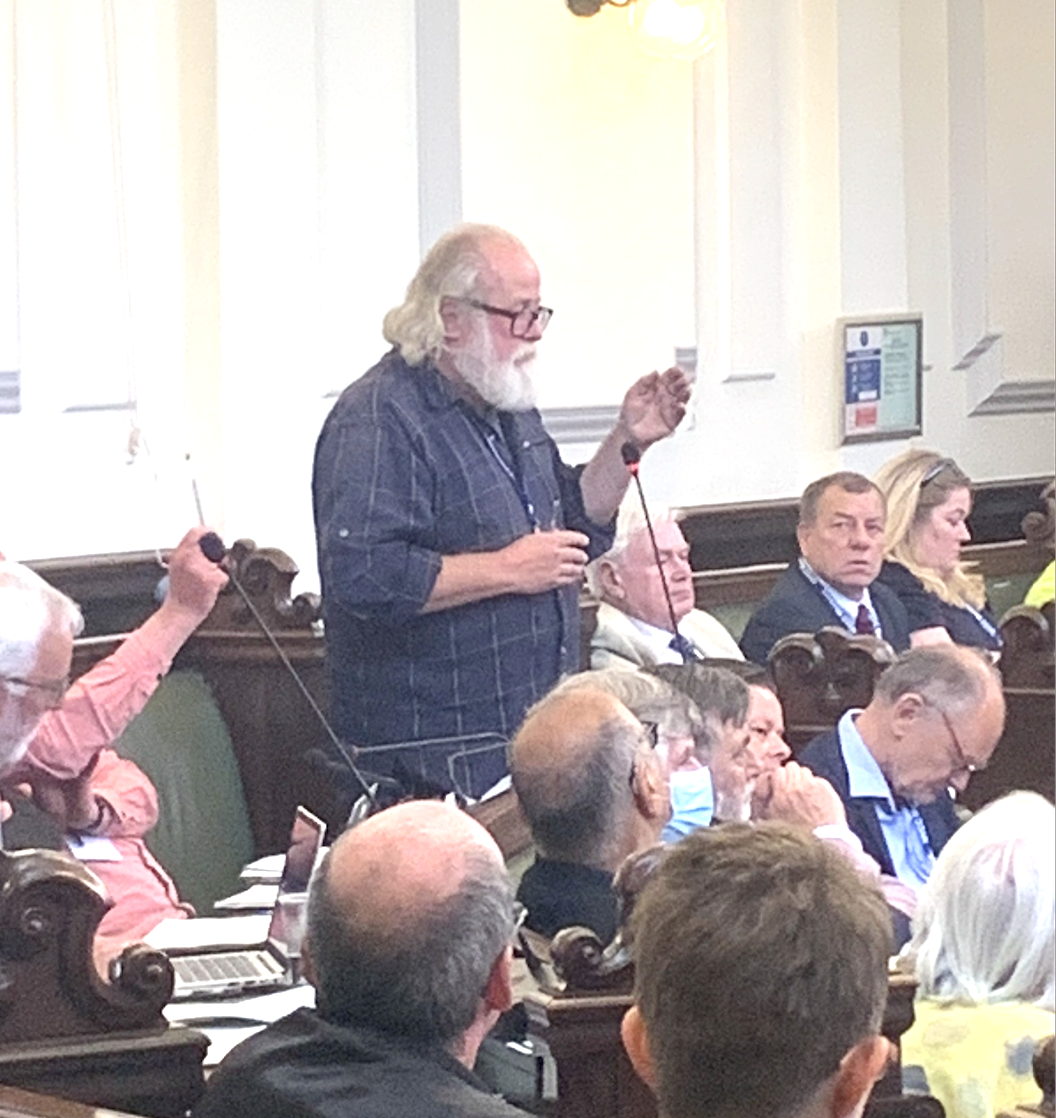 Arnold Warneken (pictured), the first Green Party candidate elected from the Harrogate district, suggests in his first meeting that the council only pays lip service to the environment.

He says the body language from fellow councillors when he raises tree-planting initiatives is ‘oh, not another hugger’

He says the environment is regarded as “a tag on” and protecting the planet is far more important.

Greg White, the executive member in charge of climate change, replies that every report to committees will include climate impact assessments and Cllr Warneken will have the opportunity to question them. 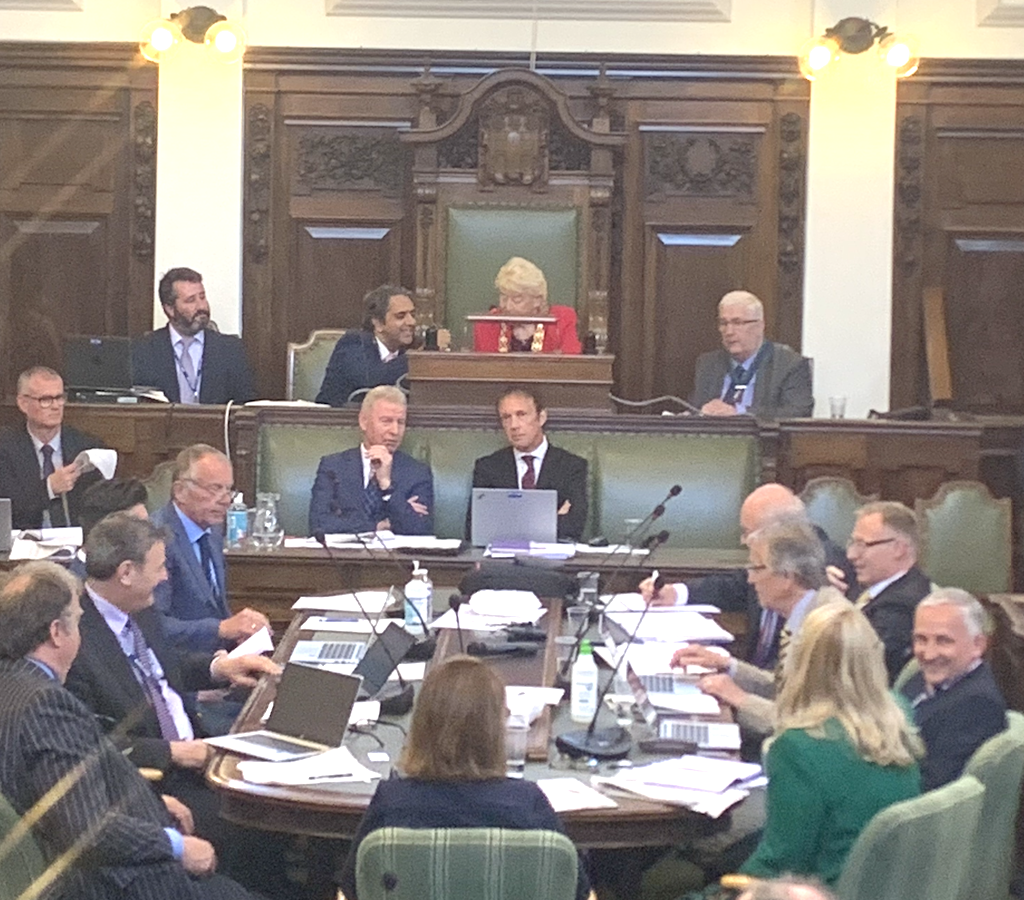 This picture shows the new 10-person executive sitting around the top table, below chair Margaret Atkinson. Michael Harrison, on the far right, is the only Harrogate district councillor selected by leader Carl Les.

We are now up to the ‘public questions’ item on the agenda. But none were submitted: hardly a glowing endorsement of the state of local democracy.

11.33am: Female representation on executive doubles — to two 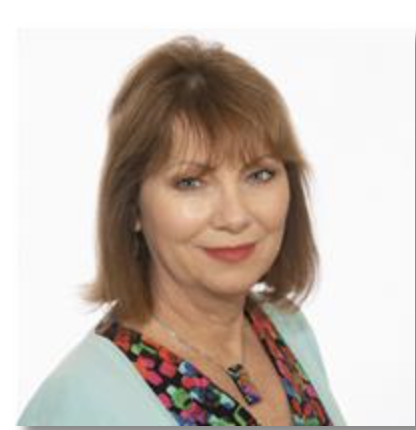 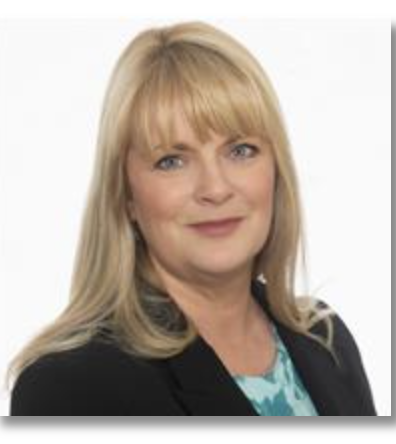 The number of female councillors on the 10-person executive has doubled — to two.

It seems that all 90 newly elected councillors are here. Remember, the Conservatives got 47 councillors elected, giving them a slim majority of four, which is why the new council is led by a Conservative and a 10-person executive includes only Conservatives.

11.25am: Call for sale of Ripon Spa Baths to be halted 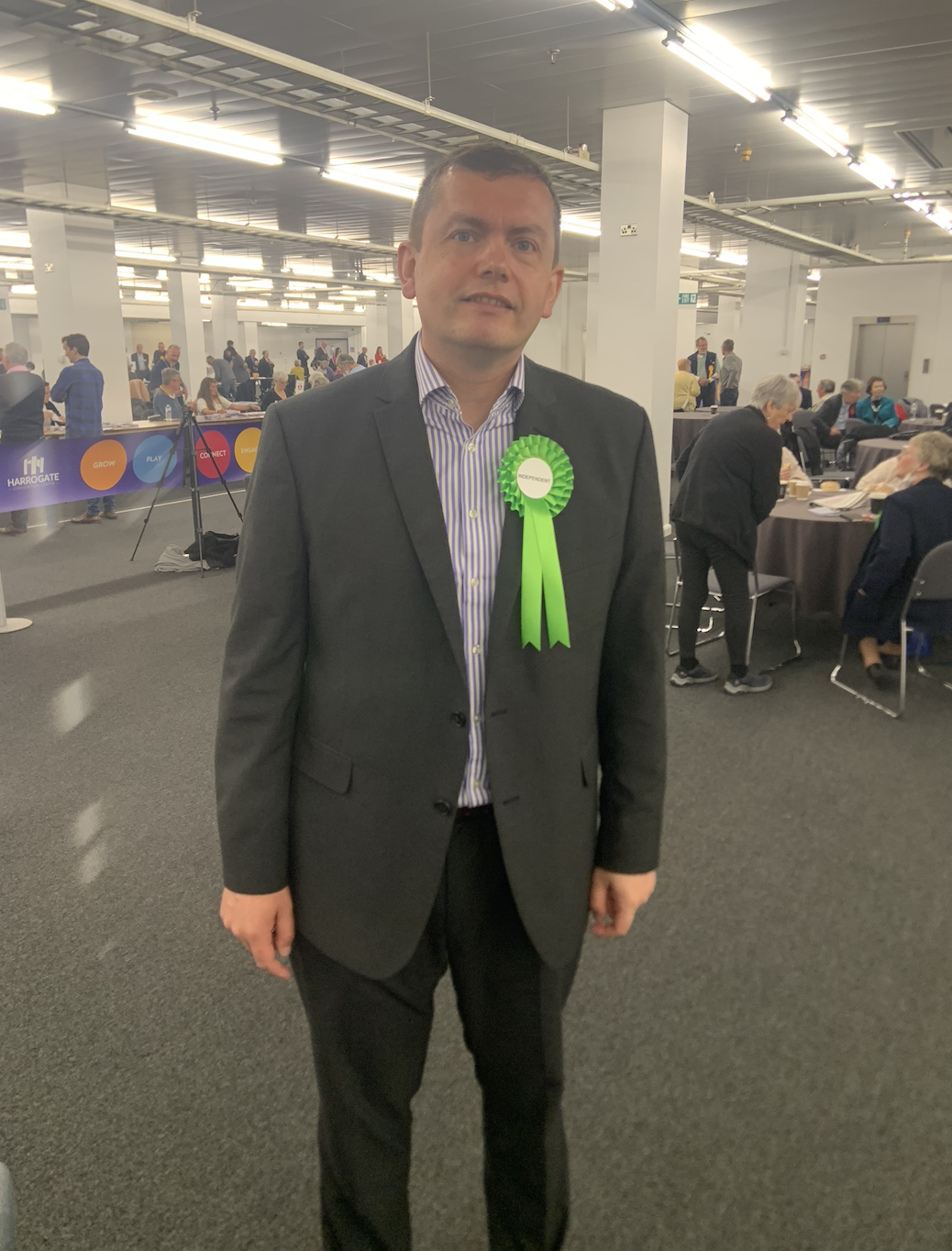 Andrew Williams (pictured), the leader of Ripon City Council who was elected to the county council as an Independent two weeks ago, calls for soon-to-be-abolished Harrogate Borough Council to be prevented from proceeding with the sale of Ripon Spa Baths. He says it should be retained as a community asset.

Council leader Les says “I will take legal advice on this”, adding warm words but no commitment. He says:

“We are not going to be awkward. If it’s a sensible thing being proposed we will want to support it. I will have to look into Ripon Baths”

11.23am: Harrogate district only gets one councillor on 10-person executive

Michael Harrison is the only councillor from the Harrogate district chosen by leader Carl Les on his 10-person executive, which raises questions about how strongly the district’s voice will be heard on the county council.

Liberal Democrat Pat Marsh, who was elected to represent the Stray, Woodlands and Hookstone division on May 5, calls for an assurance that “as soon as possible, within the next couple of months” the process to create town councils for Harrogate and Scarborough begins.

Council leader Carl Les says he will check the legal position and “If it’s in our gift, I think the process should start immediately”. 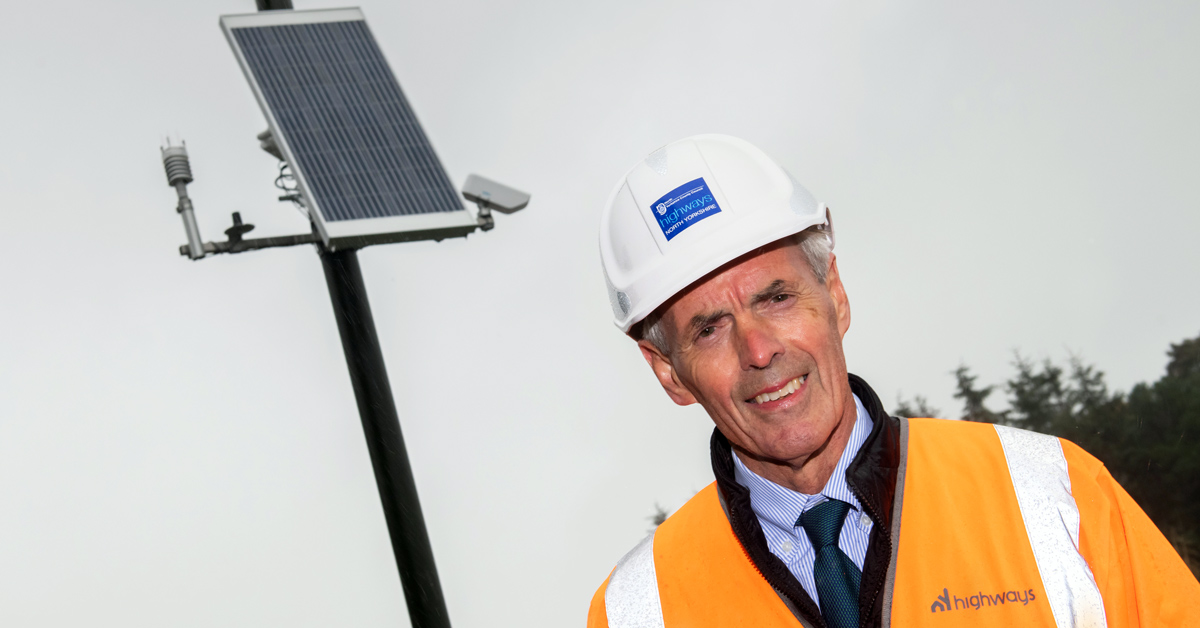 Harrogate’s Don Mackenzie (pictured) did not seek re-election on May 5. He is replaced by Keane Duncan, a journalist who lives in Malton.

Cllr Duncan’s portfolio has changed slightly — he will still oversee transport, as did Cllr Mackenzie, but the brief no longer includes broadband.

Michael Harrison has been named executive member for health and adult services. Cllr Harrison, who lives in Killinghall Moor, held the brief before the last election. 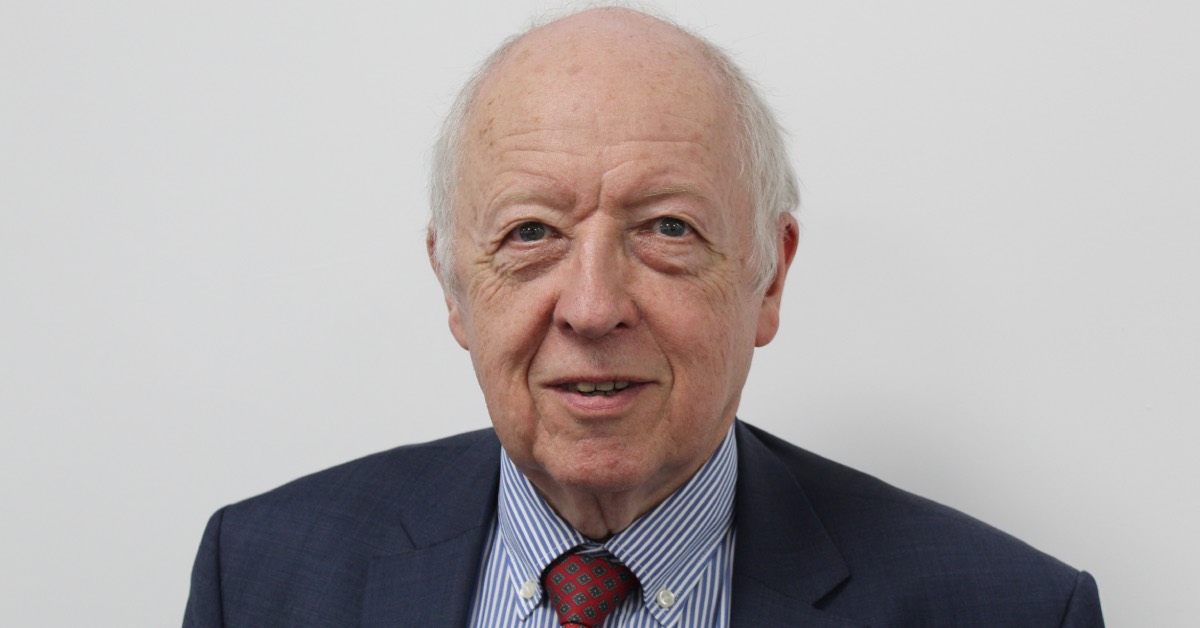 As expected, Conservative Carl Les is elected as leader of the county council and its successor North Yorkshire Council until May 2027.

New chairman Margaret Atkinson says she is a “tough cookie” who won’t stand for any nonsense.

10.58am: Will female representation increase?

It could hardly get much worse. the previous 10-person executive included just one woman. This was Cllr Les’ previous top team.

Conservative Margaret Atkinson (pictured), who was elected to represent Masham and Fountains two weeks ago, is elected chair of North Yorkshire County Council. Cllr Atkinson lives in Kirkby Malzeard and is a long-serving county and district councillor. 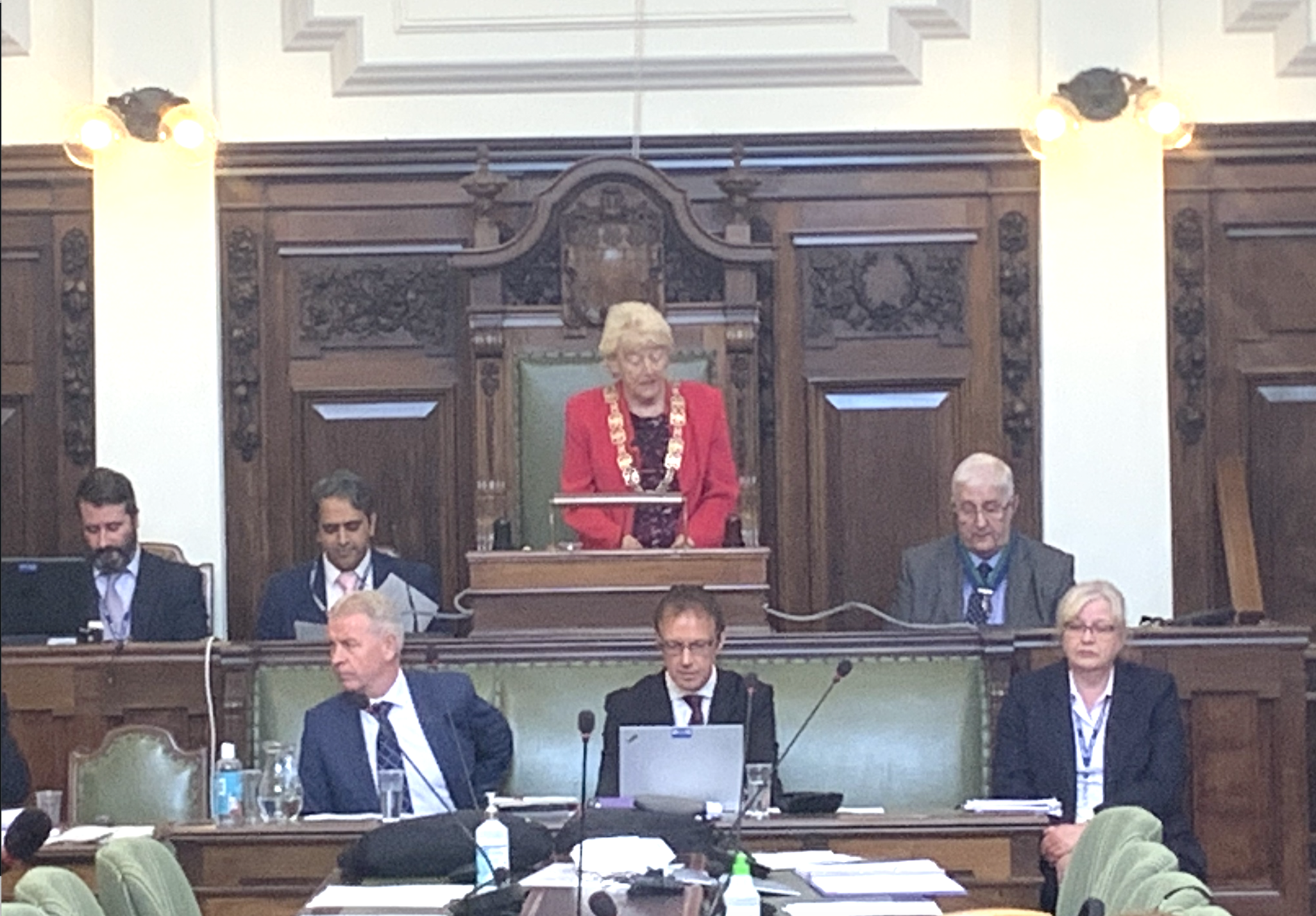