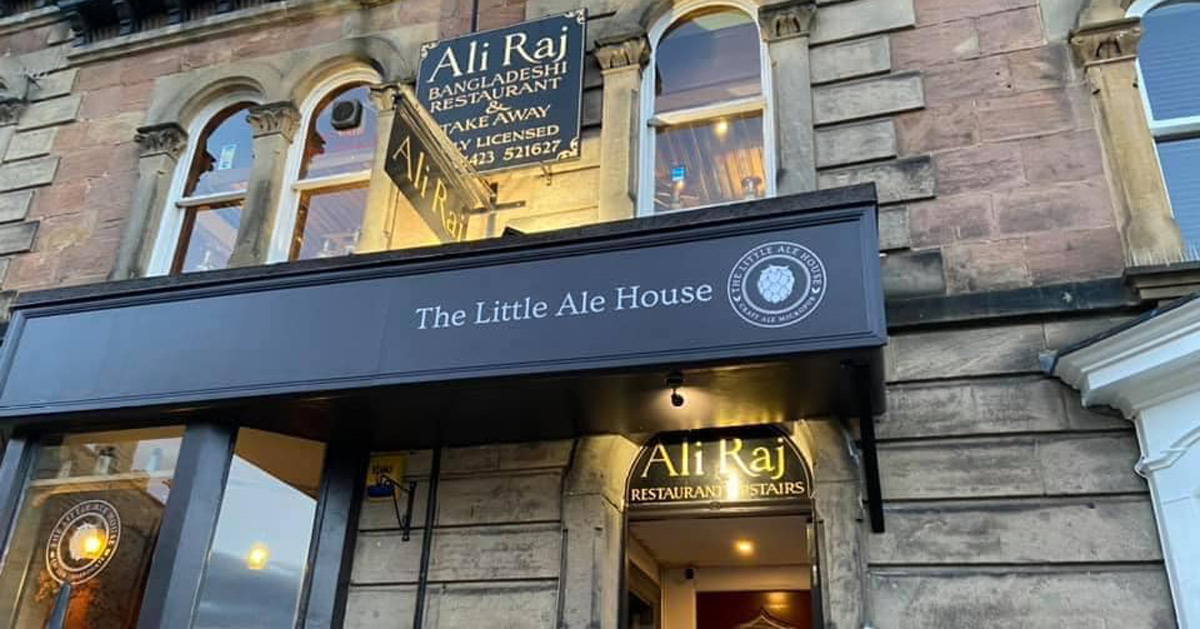 The Ali Raj was situated above The Little Ale House.

A longstanding Indian and Bangladeshi restaurant in Harrogate has closed and could be converted into a pub.

The Ali Raj, on Cheltenham Crescent, was the first Bangladeshi restaurant in town when it opened more than 35 years ago.

After a couple of tough years for the hospitality industry, restaurant owner Abdul Rashid, who took over the business from its original owners, decided to close.

Mr Rashid announced the news on the Ali Raj Facebook page, saying it was the “end of an era”.

The Stray Ferret tried to contact Mr Rashid for comment but did not receive a reply by the time of publication.

Richard Park, owner of The Little Ale House, which is situated beneath the Ali Raj, has applied to Harrogate Borough Council to change the use of the building from restaurant to pub on both the first and second floors of the building.

Mr Park and his wife Danni opened The Little Ale House in 2016 to recreate a rustic country pub atmosphere in the town centre.

They have been keen to support micro breweries and encourage conversation by shunning TVs and background music.