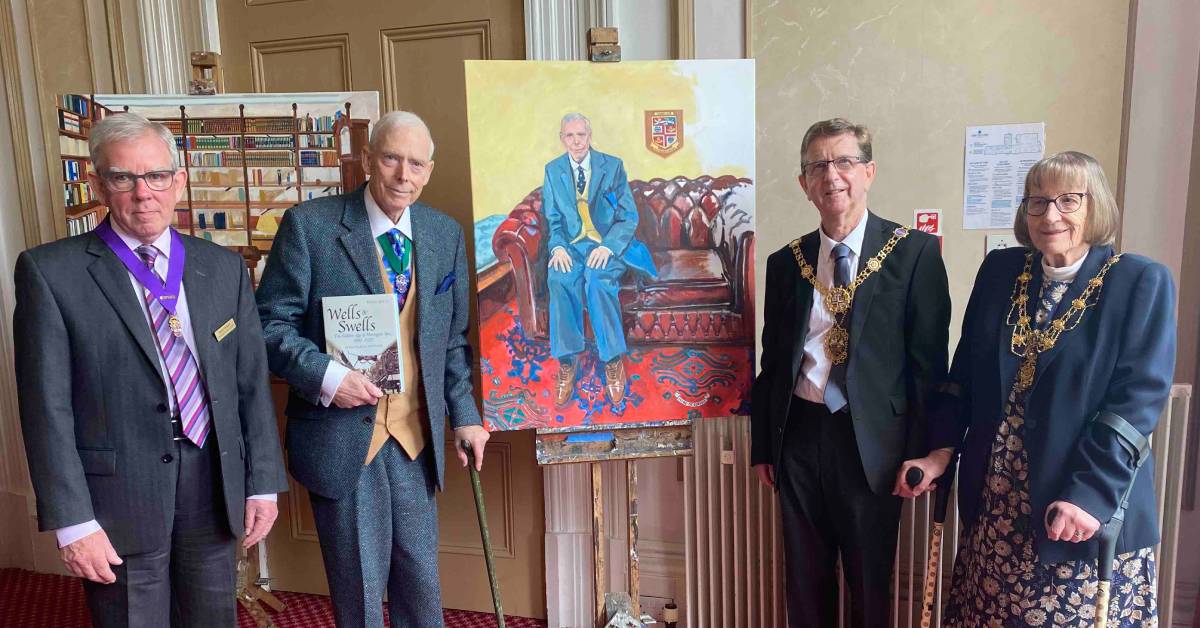 Celebrated Harrogate historian Malcolm Neesam has published a book documenting the golden age of the town’s spa past.

With more than 1600 pages of glorious detail it begins with the opening of Harrogate’s pump room and covers the town’s glory days at the height of the Victorian Spa boom. It ends with the construction of the war memorial after the First World War.

“The ‘swells’ in the book are mostly the grand visitors – kings, queens, grand dukes and duchesses and millionaires.

“The ‘wells’ are the Harrogate waters, which were exploited with every new discovery and promoted to cure different illnesses.” 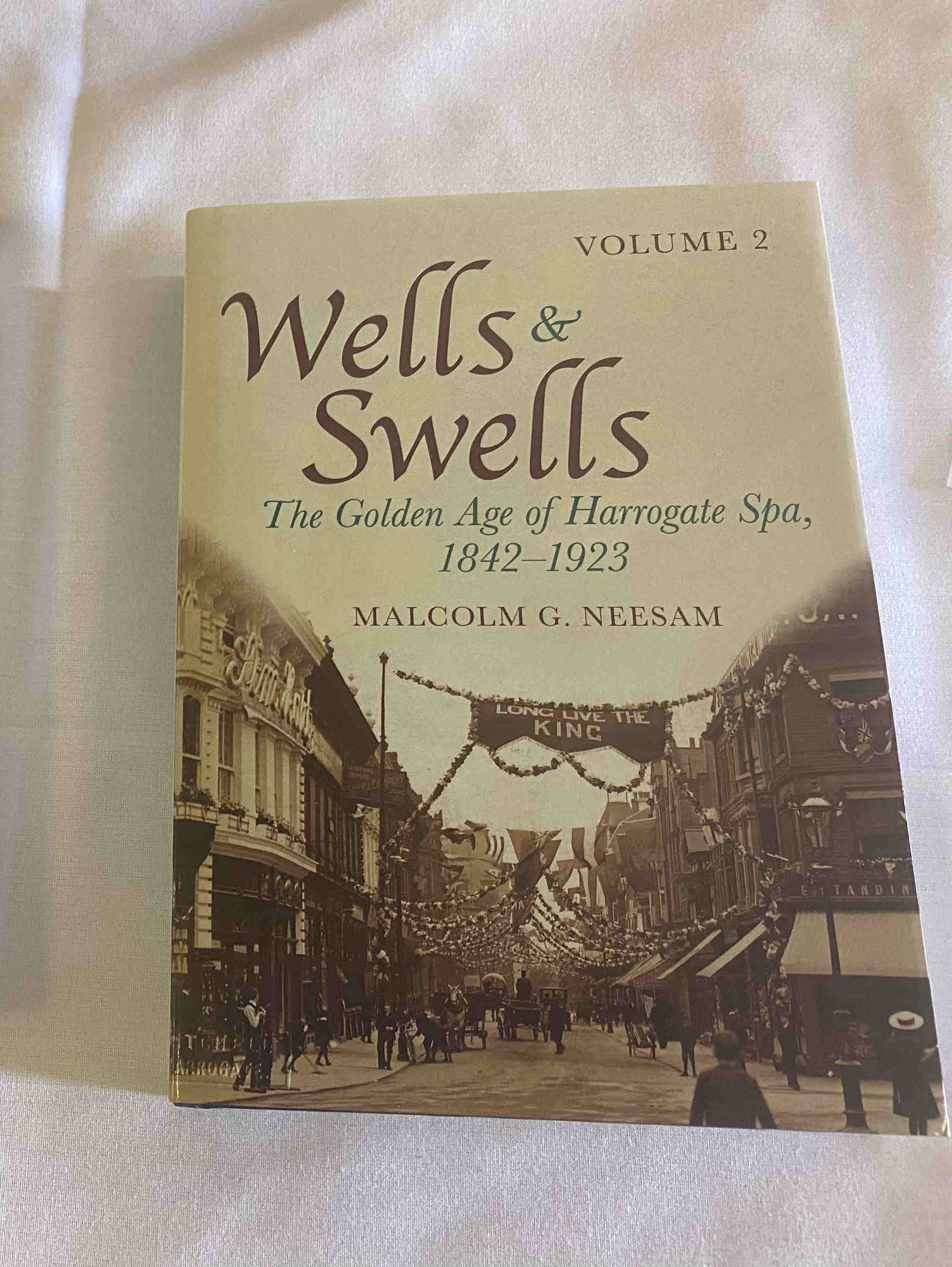 The book is the second in a planned trilogy. The first history, The Great Chronicle, charts Harrogate from its earliest times to 1842.

Today’s launch, organised by Harrogate Civic Society at the Cedar Court Hotel, was attended by more than 150 people.

Mr Neesam has written more than a dozen histories relating to Harrogate. In 1996 he was awarded the Freedom of the Borough of Harrogate in recognition of his contribution to the town.

“Malcolm was a founder member of Harrogate Civic Society and has inspired many to discover the history of their town.” 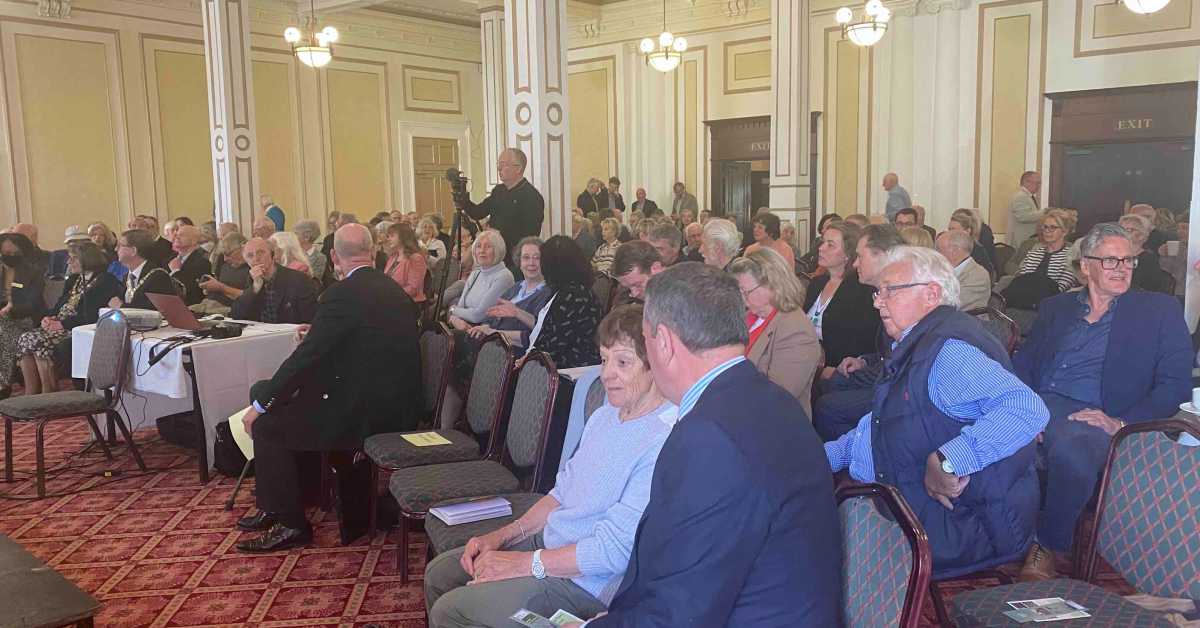 “There is nobody other than Malcolm Neesam who could have written this. The depth of the research, the detail of the writing, the quality and range of the illustrations he has selected are all second to none.

If you wish to order a copy you can contact Carnegie Publishing here.

Mr Neesam will be at Woods of Harrogate tomorrow at 11am to celebrate his book and the 127th  anniversary of Woods as one of the oldest family-run business in the town.