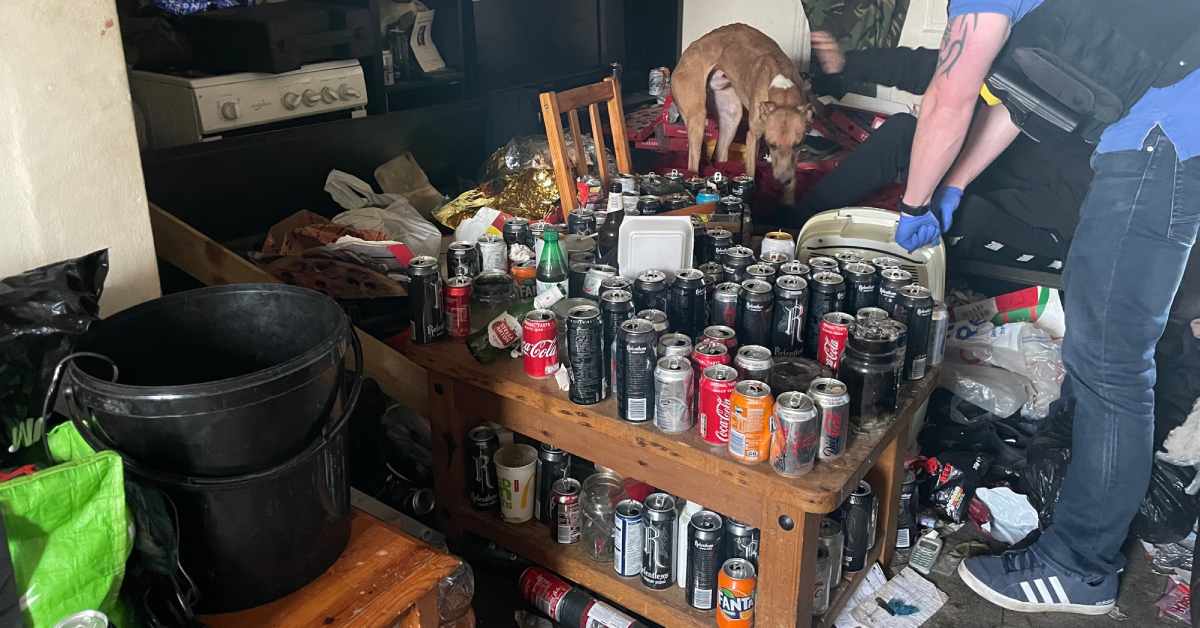 The state of the flat when the RSPCA attended.

The RSPCA has revealed that two malnourished dogs rescued in Harrogate were living in a flat covered in faeces and with carpets soaked in urine.

The animal charity has revealed the mastiff called Rocco and the lurcher named Smudge were so underweight their ribs were protruding when RSPCA inspector Tom Hutton was called to a flat in High Street, Harrogate, on March 18 last year.

The inspector, who was called out by police executing a search warrant in relation to another matter, needed to squeeze through the living room door to reach the dogs because of the large amount of clutter, scrap bikes and household waste piled up. 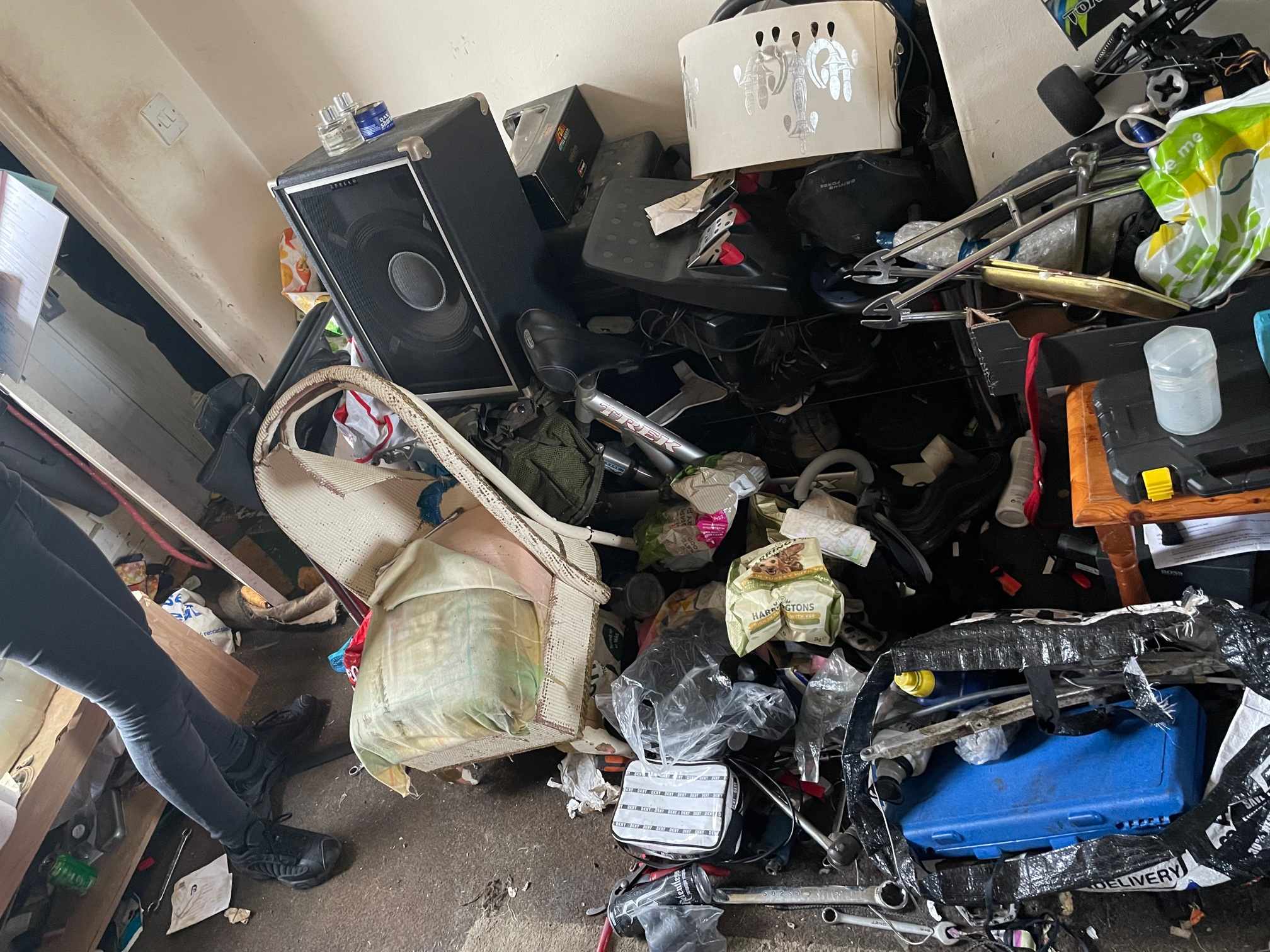 The flat was full of clutter.

Areas of the flat were covered in faeces and the carpets were soaked in urine.

Nelson refused to sign over the dogs to the RSPCA so the animals were seized by the police.

They were taken to a vet for treatment and an examination showed Rocco had a body condition score of one out of nine, which is classed as a state of emaciation. 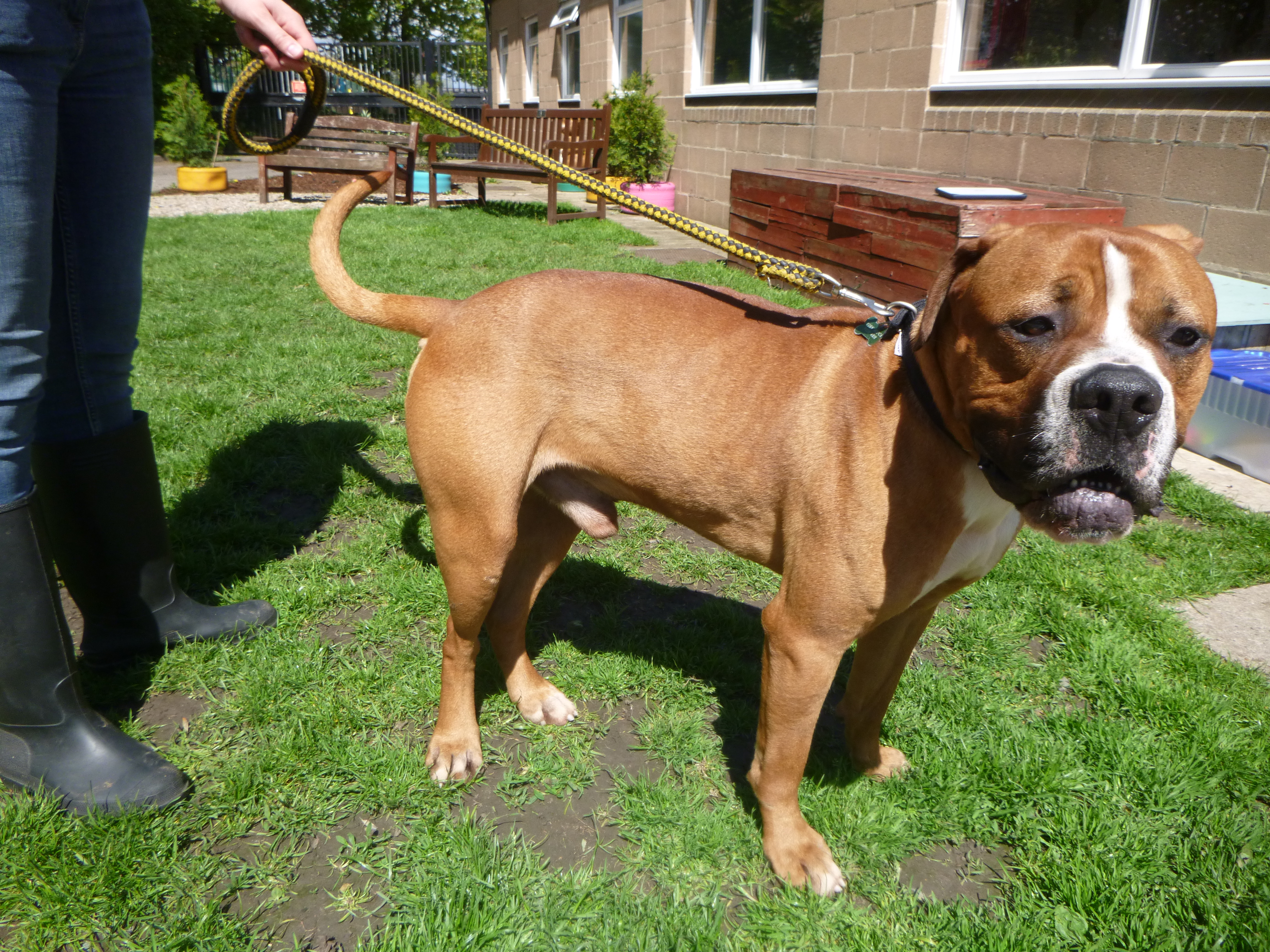 Rocco is back in good health after being emaciated.

The veterinary surgeon said in her witness statement:

“He (Rocco) weighed just 24.3kg and I would estimate a healthy weight would have been nearer 36kg,”

“The lurcher (Smudge) was also very thin. He weighed 17kg and his body condition score was two out of nine. I estimate a healthy weight for him would have been 23kg.”

The vet concluded that both dogs were malnourished and the “state of their accommodation had compromised their health”. 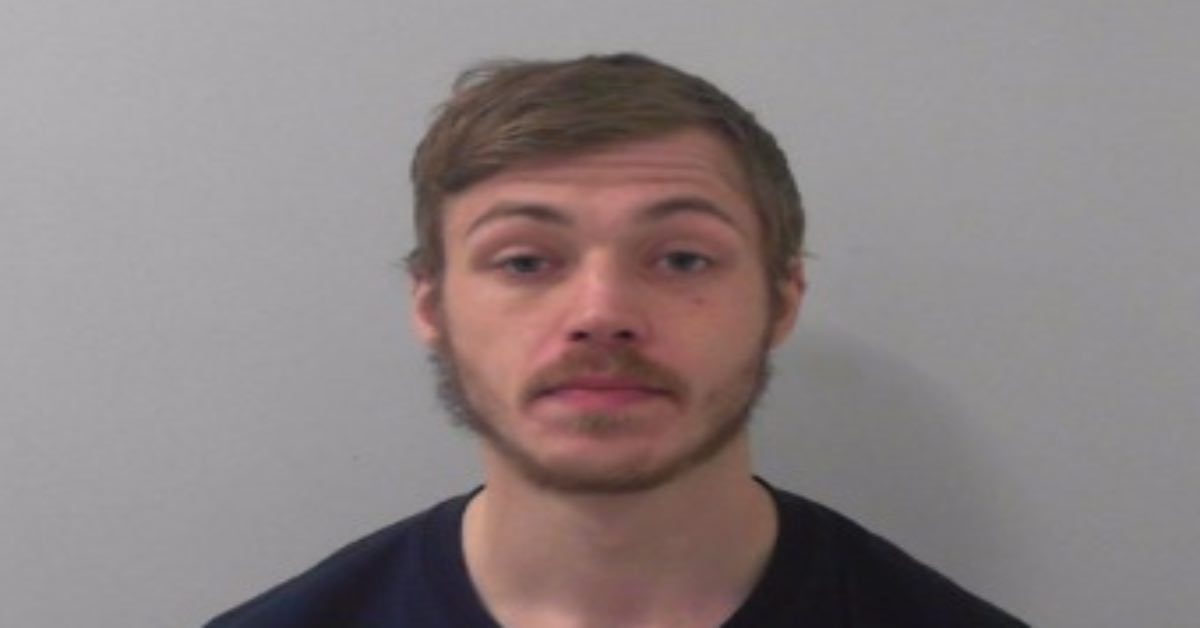 In mitigation, the court was told the defendant suffered from mental health issues and he felt his brother, Charlie Nelson, should have taken responsibility for the dogs as he was their “true owner”. 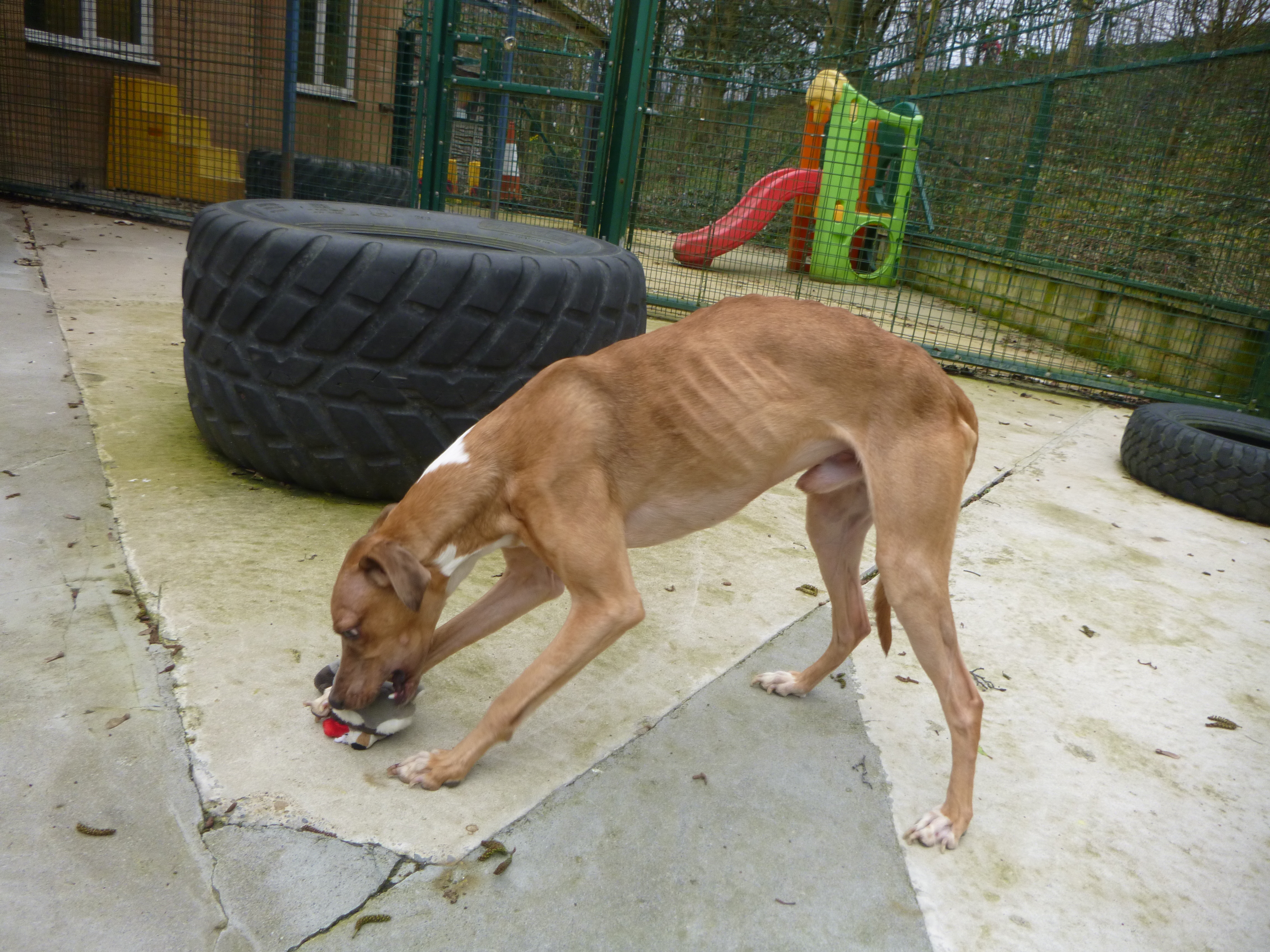 Smudge is waiting to be rehomed.

At an earlier hearing, a charge of failing to ensure the needs of the two dogs were met was also proven in absence against Charlie Nelson, 30, also of Woodfield View, Harrogate.

He has yet to be sentenced and a warrant remains outstanding for his arrest.

The RSPCA said in a statement that both Rocco and Smudge had “returned to good health and remain in the care of the RSPCA”. They will be rehomed when the outstanding court matter is settled.

After the hearing, inspector Hutton said:

“Both these dogs were skinny and living in awful conditions. The house was full of rubbish and dog faeces.

“We thank North Yorkshire Police for alerting us to the situation the dogs were in, which means we will be able to find them new homes where they are loved and cared for.”