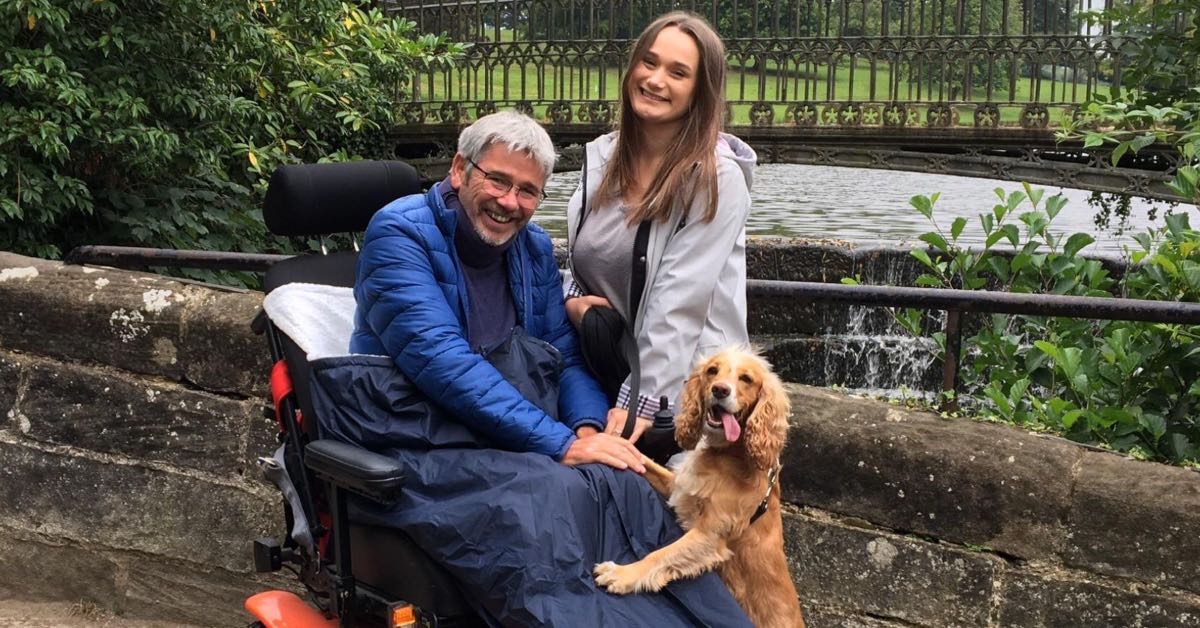 A Green Hammerton man with motor neurone disease is embarking on a 100-mile challenge in an off-road wheelchair around the Yorkshire Dales to raise money for charity.

Ian Flatt, who was diagnosed with the condition two years ago, intends to complete a series of walks with his family totalling 100 miles.

The walks will help to raise money for St Michael’s Hospice and MND Association, who have helped to support him and his family.

Ian, with his wife Rachael and two children Charlotte and Iseabail – and their spaniel Nealla – will retrace some of their favourite trips through Fountains Abbey, Bolton Abbey and Malham Tarn among others.

Back in March 2019, Ian was diagnosed with motor neurone disease after being unwell and struggling to breathe. He had undergone tests for cancer and other illnesses, but was relieved once he received the news.

“It was a relief. I had been ill for a while. It was almost validation.”

At first the diagnosis took its toll on his wife and daughters, but Ian said the care and support from St Michael’s helped them through the tough times.

Despite being told not to plan beyond Christmas that year, he was determined not to let his condition stop him being in the great outdoors.

With the help of St Michael’s he got an off-road wheelchair, which would allow him to continue enjoying walks with his family.

Ian said the wheelchair, which his daughters have named the “Tangerine Dream Machine”, has helped him continue his “sense of adventure” and is like “a mini quad bike”.

“I have been determined not to let motor neurone disease stop me from doing the things I love to do.

“Walking is just something as a family that we have always done.”

Ian hopes to raise £10,000 for both charities through the walks, which he will start from May 26.

Each walk will be five or six miles at a time.

“I want to get to the end of it and think that it was hard.”

But he added the ultimate goal is to recognise those at St Michaels and MND Association who have helped him and his family.

“We are just doing something that we enjoy.

“It is not just about the organisations, it’s about the individuals who have helped.”

You can find out more about Ian’s fundraising campaign, which has raised more than £3,500 already, and donate here.