0 Items
Masham Bridge repairs to begin next month
by 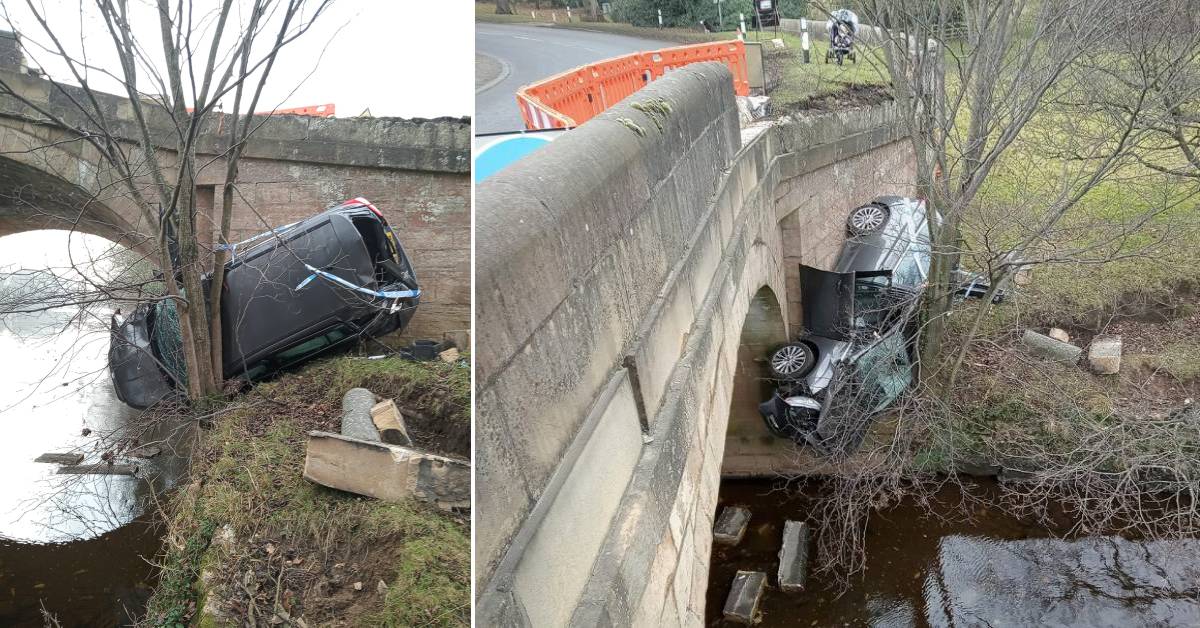 Masham Bridge in December after a car ploughed through the wall. Picture: Jason Drew.

The Grade II listed bridge was damaged after a car ploughed through a wall and almost ended up in the River Ure in December.

After the incident, a police spokesman said a man in his 30s was very lucky to escape without any injuries.

Since December, temporary traffic lights have caused disruption to motorists crossing the bridge.

North Yorkshire County Council said it has been unable to retrieve stones from the collapsed wall that sunk in the river due to high water levels.

Melisa Burnham, highways area manager at NYCC, said the authority hopes work to repair the bridge will begin in June in time for the summer tourist season.

“We appreciate the disruption that the temporary traffic lights on Masham Bridge are causing and are doing all we can to repair the bridge and have both lanes reopen ahead of the busy summer season.

“Unfortunately starting the repairs have taken longer than expected. High river levels during the winter months and the need to access third party land delayed retrieving the stone. This has now been completed and we are working with contractors to decide on the best method of repairs with minimum disruption to the public.

“We will liaise with the town council before a start date is scheduled. However, we look to carry out the repairs in June. We hope to keep the road open under traffic management and will keep the public updated in due course.”