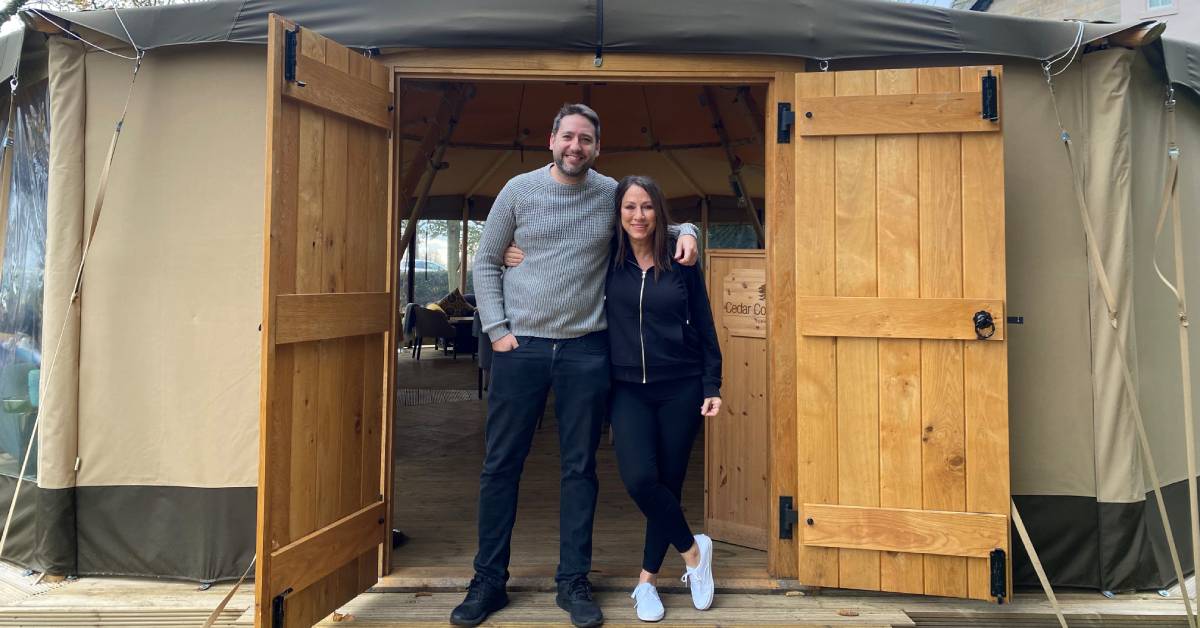 Masterchef quarter finalists Chris Hale and Jo Mills at their new pop-up restaurant, the Tipi on the Stray.

Two Masterchef quarter finalists are teaming up to launch a Christmas pop-up restaurant in a tipi at a Harrogate hotel.

Jo Mills, from Leeds, who appeared on the BBC cooking show in 2021, met Chris Hale from the 2016 series on a Facebook group for former MasterChef contestants.

The two chefs will take over Cedar Court Hotel’s Tipi on the Stray for two weeks from Thursday, December 9.

Chris, from Wakefield, who runs his own catering company, and helps Masterchef contestants to gain experience in cooking for events, said:

“We just wanted to do something different really in Harrogate.

“I do a lot of pop-up restaurants, so we turn venues, like cathedrals, into restaurants. So the tipi is aligned with what we do. For me it’s not just about the food, it’s about the whole experience. It will feel cosy and relaxed and I’m all about the chill vibes.”

Festive tapas, including turkey and sage bon bons with cranberry dip and mini nut roasts with candied carrots, will be served from 2pm to 10pm from Thursday to Saturday in collaboration with Magic Rock and Harrogate Tipple. On Sunday it’s a two-course bottomless brunch and on Monday to Wednesday, afternoon tea.

Then on December 20, 21 and 22 Afternoon Tea with Elsa, the character from Disney’s Frozen, will take place for families.

“I think we have got a really nice balanced menu. I like tapas because you can get as much or as little as you want.

“The desserts are particularly theatrical. For me it’s the end of the meal, and it’s the bit people take away with them.

“There is an edible Christmas wreath, which is our festive take on an Eton mess, with meringue, ginger, cinnamon, pomegranate and molasses.

“We are also doing a panettone tiramisu garden, which will be presented as a snowy garden scene and will feature meringue mushrooms and edible snow and flowers. Those are the two that are probably the most Instagrammable.”

The December residency will offer additional dining options at the busy hotel and is aimed at Harrogate residents, as well as guests.

The tipi, which can hold up to 38 people, opened on July 4 last year as a result of covid dining restrictions, and has now become a permanent fixture due to its popularity. 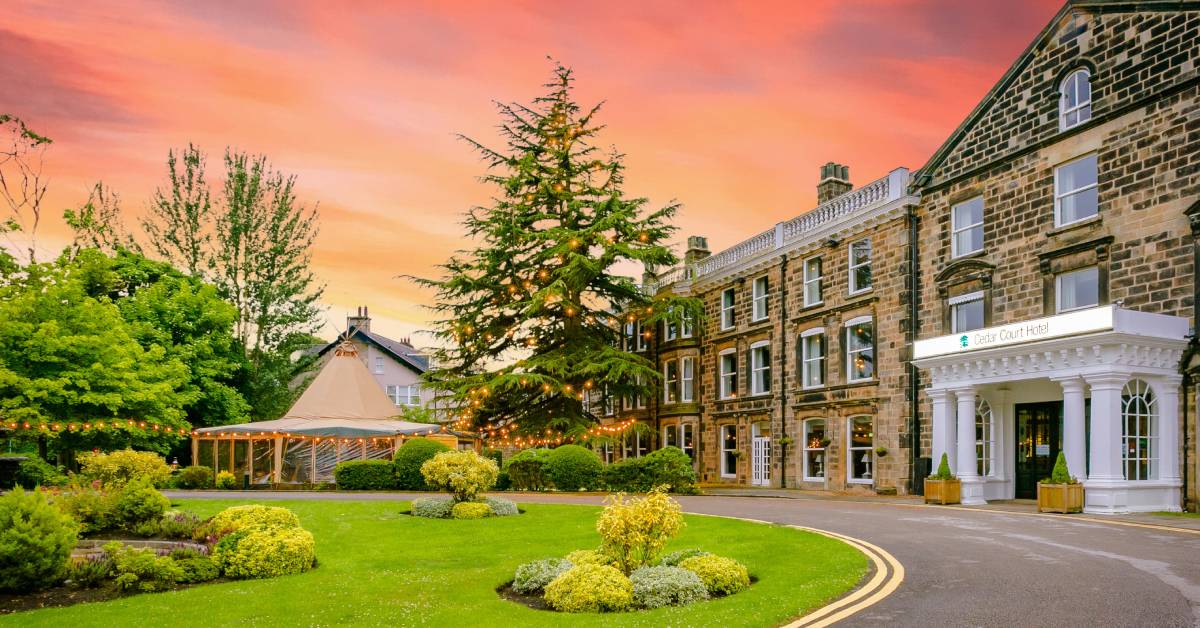 The Tipi on the Stray at Harrogate’s Cedar Court Hotel.

Jo, whose passion for tapas has inspired the menu, said:

“Tapas has been my kind of thing or a long time. When friends come over it’s just nice to have one of those sociable ways to eat, so it’s something I have always cooked. We thought it would be fun as it’s a nice casual atmosphere in the tipi. It lends itself really well to that style of dining.”