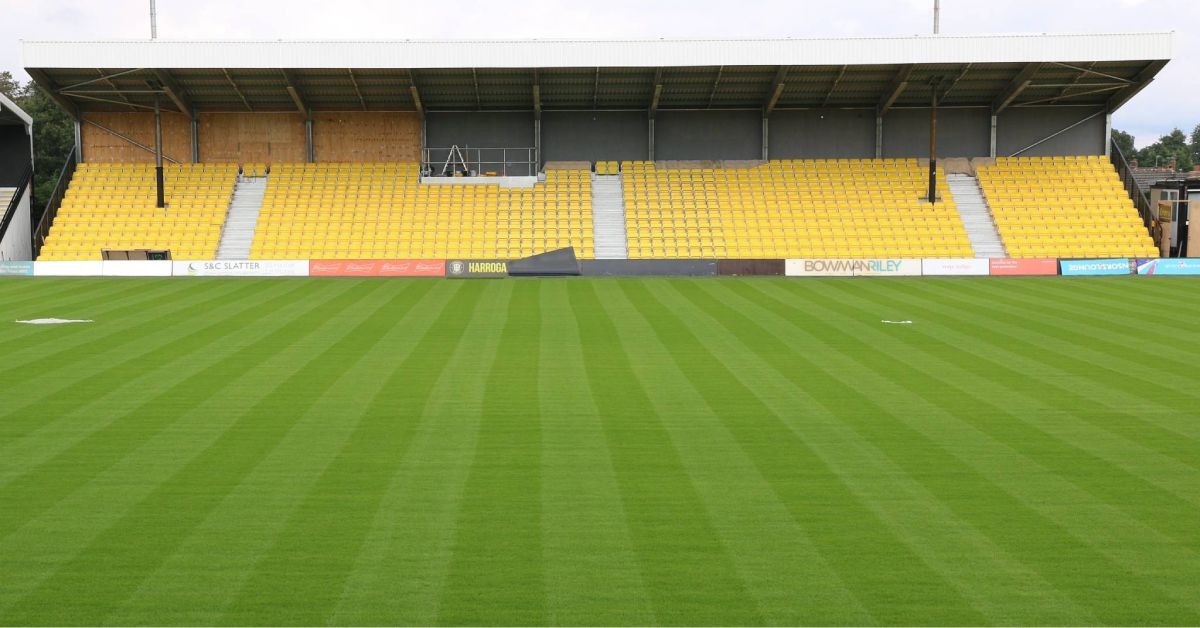 It will be the first fixture played on grass at Wetherby Road since 2016.

Harrogate Town will play in Harrogate for the first time since July, when they face fellow EFL newbies Barrow at the EnviroVent Stadium this afternoon.

There will, of course, be no fans in attendance at Wetherby Road due to coronavirus restrictions, but fans can stream the game for £10 through the club’s website. The game kicks off at 3pm.

Work has now been completed on the new grass pitch after the former artificial 3G surface was removed due to EFL regulations. The club said goodbye to their temporary home of the Keepmoat Stadium in Doncaster with a 3-1 win against Leicester City’s under-23 side earlier this month.

Whilst recent competitive fixtures against Bolton, West Brom, and Bradford were firsts for the club, Barrow is altogether more familiar territory, having played Town 23 times previously.

They were the two best sides in last season’s National League, with Barrow going up as champions.

However, the Cumbrian outfit have made a faltering start to the season and are currently in 22nd, with no wins in any of their first five fixtures.

Town will be looking to build on an excellent victory over Bradford City in front of the Sky Sports cameras on Monday night.

Jack Muldoon’s assist on Monday night saw him become the most prolific player in the division so far this season, with a goals and assists ratio of 1.37 per 90 minutes.

Barrow manager David Dunn will assess the fitness of striker Scott Quigley who was forced to miss last weekend’s game against Leyton Orient after picking up a knock in training.

“We had a good win against them at the start of last season and 3-0 flattered us a little bit. But after that, they went on an unbelievable run to win the league. They have strengths all around but, hopefully, ours on the day outweigh theirs.”