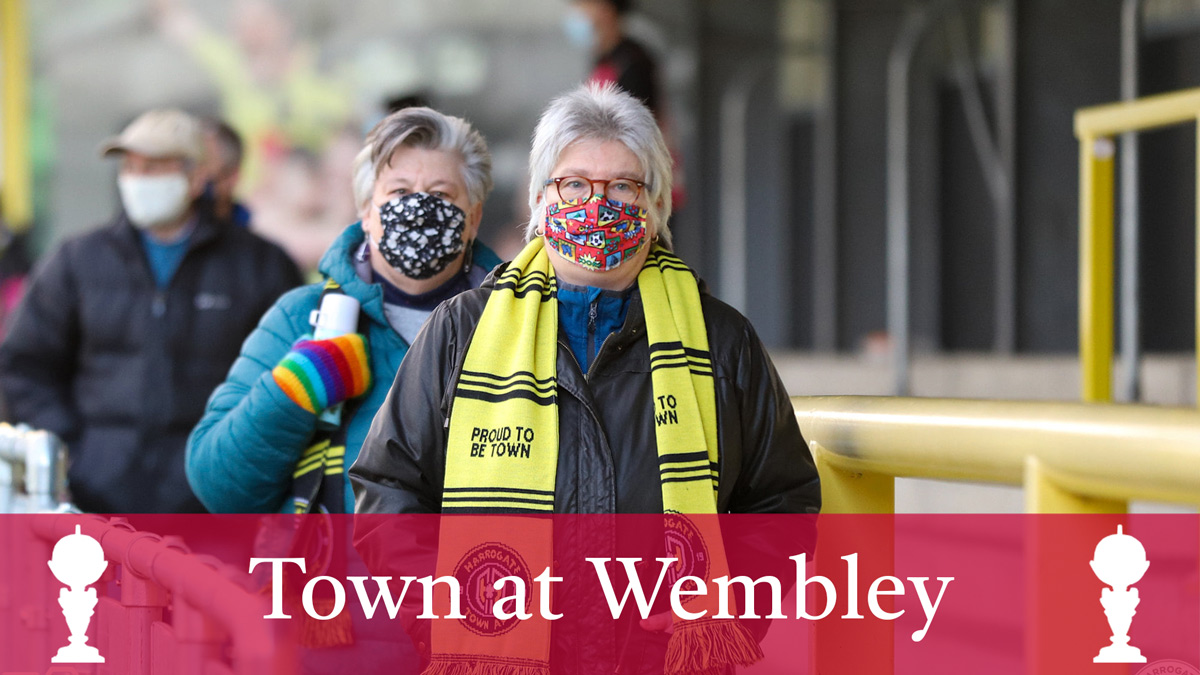 Harrogate Town are heavy favourites to beat Concord Rangers at Wembley Stadium in the final of the 2019/20 FA Trophy this evening.

It will perhaps be one of the most unusual English cup finals to ever take place, as Harrogate Town are no longer a non-league club but are playing in one of non-league football’s showpiece events.

The game was supposed to take place last year but was delayed due to the covid pandemic.

Concord Rangers play in the National League South, which was cancelled in January due to the pandemic. It means they’ve not played a competitive fixture since January 2.

Forward Alex Wall was their top scorer in the league with seven goals in 11 fixtures.

Experienced winger Danny Green is another player to watch and comes with football league pedigree. He played most of his career for league clubs including Dagenham & Redbridge, Charlton, Luton and MK Dons.

He played a weakened team against Cambridge United on Friday night to rest some of his key players ahead of the final.

“We’ve seen hundreds of teams bitten by smaller clubs. People expect us to win but it’s not as easy as that. This group of players won’t take things lightly.

But we have a strong resolve and belief we can win.”

The game kicks off at 5.00pm and will be shown live on BT Sport, with the channel deciding to show the game for free both online and on TV.

The Stray Ferret social media accounts will not be posting any updates this weekend about the FA Trophy Final in solidarity with football clubs withdrawing from platforms in protest against online racial abuse.