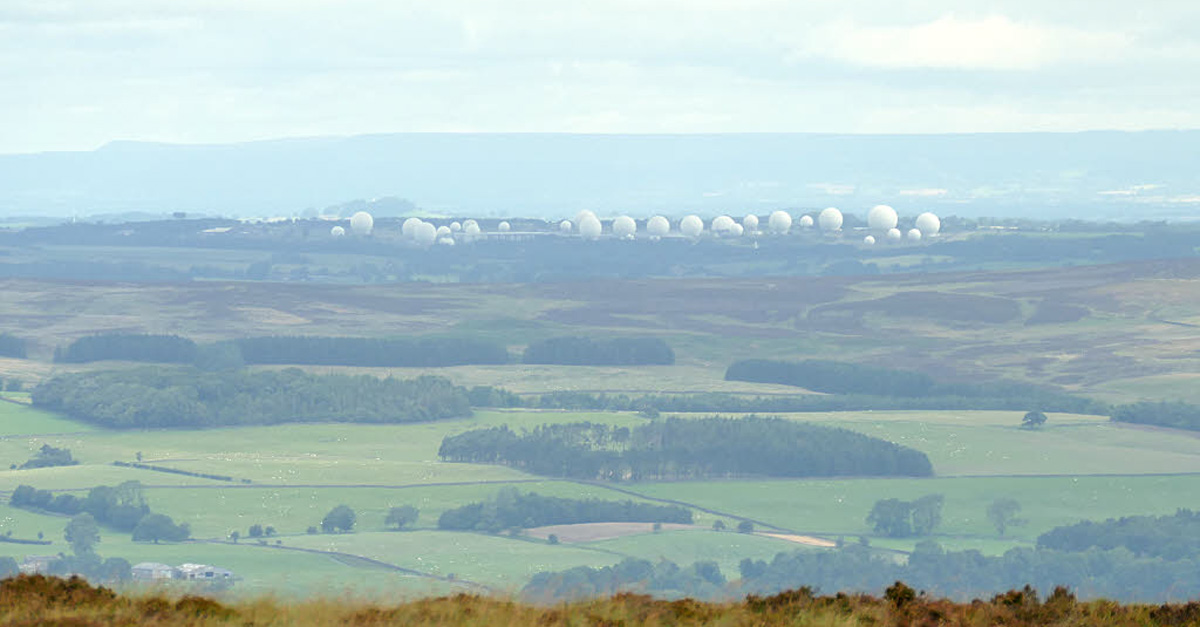 A 45-foot long ‘communications container compound’ could be built at RAF Menwith Hill.

A planning application submitted to Harrogate Borough Council by the Ministry of Defence, which owns the site, says the new building would cover 464 square metres and help ‘meet the operational output of the station’.

There are no other details about what work would take place within the new building. The plans also include provision for a large fuel tank.

Built in the 1950s on the edge of Nidderdale, Menwith Hill is the United States’ largest overseas surveillance base.

Giant radomes, or ‘golf balls’, are a distinctive feature of the site.

There have been several planning applications to expand the base in the past couple of years.

In February, the council also approved plans for another radome as well as an electrical substation.

Separate plans were submitted to add a new visitor centre, vehicle canopy and changes to the road junction on Menwith Hill Road.

Last month, a new report alleged the base provided intelligence for American drone bombings campaigns in the Middle East, including the high-profile assassination of Iranian general Qasem Soleimani in 2020.