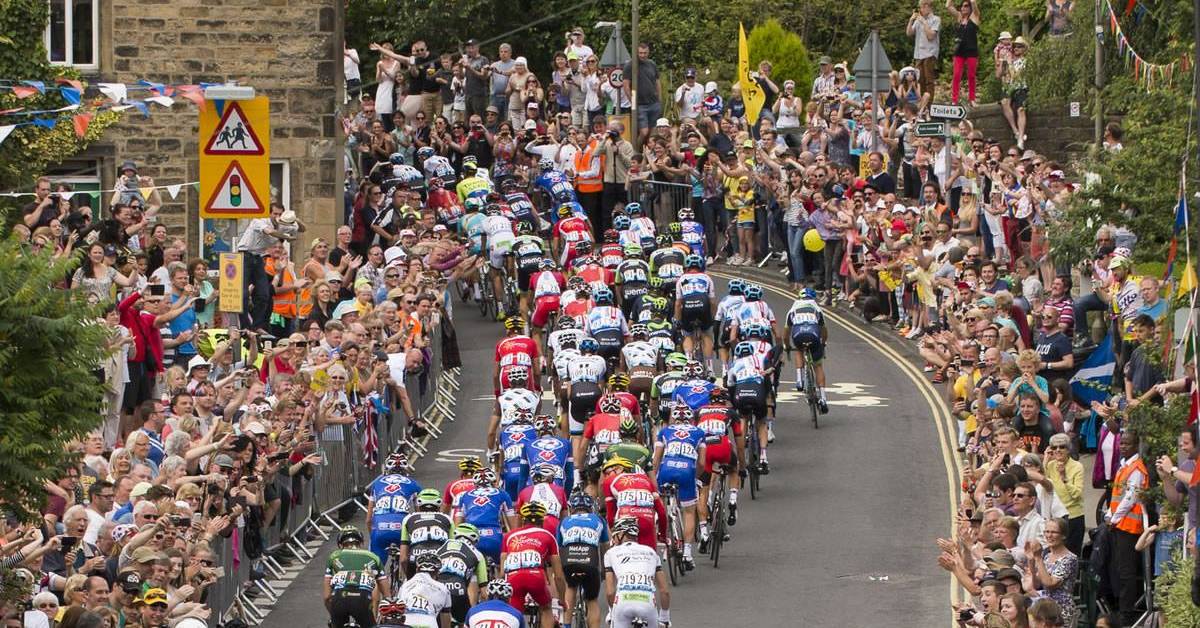 The 2014 race. Credit: Welcome to Yorkshire

Over 300,000 people lined the streets of the Harrogate district for the 2014 Tour De France Grand Depart, but MPs have been told the event has provided no lasting benefits to the region.

The Grand Depart saw riders given a royal send-off by the Duke and Duchess of Cambridge and Prince Harry at Harewood House.

Almost 200 cyclists took part, racing through Masham, Ripon and Killinghall before a sprint finish in Harrogate. It memorably saw Mark Cavendish crash off his bike on Parliament Street.

Since the event, other major cycling events have been held in the Harrogate district, including the 2019 UCI Cycling Championships, which has divided the town ever since.

At an MPs select committee on Tuesday, Caroline Cooper Charles, chief executive of Screen Yorkshire, which champions the film and TV industry in Yorkshire, gave evidence about promoting the UK as a tourist destination.

Asked by Labour MP Clive Efford if the Grand Depart had a lasting impact on tourism in the county, she replied:

“In all honesty, I don’t think it did.

“It certainly put the spotlight on Yorkshire and people came to see the race. Probably for a short amount of time hotels were booked up and restaurants were full. In terms of long term impact no, I wouldn’t say so.”

In 2014, Gary Verity, then chief executive of Welcome to Yorkshire, the tourism body that played a major role in bringing the event to Yorkshire, said the event “will have a lasting impact on visitor numbers and businesses for years and years to come”.

But Ms Cooper Charles said Yorkshire as a county had failed to capitalise on the success of the event.

A Harrogate Borough Council report published in 2015 claimed £19m was spent in the district thanks to the race. A Welcome to Yorkshire report claimed £100m was spent across the county.

“Once the bikes are gone, what’s left? It’s the roads.

“In terms of a campaign to sell the rest of Yorkshire around the Tour de Yorkshire leg, i don’t think that happened. If it happened there would have been a longer-term impact.”

The Stray Ferret asked Welcome to Yorkshire to respond but we did not receive a response by the time of publication.