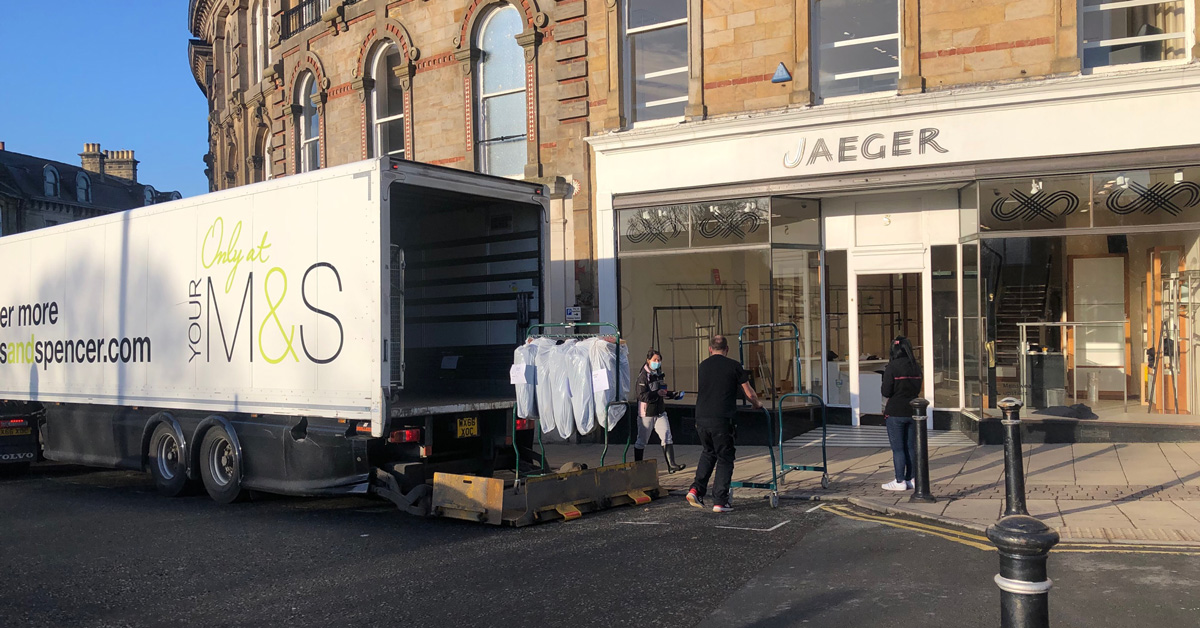 Marks & Spencer’s buyout of Jaeger is expected to lead to the permanent closure of the fashion brand’s remaining stores, including the one in Harrogate.

M&S workers were seen this afternoon clearing stock from the Jaeger store on Cambridge Crescent and removing objects from the windows.

The future of the Harrogate store has been uncertain since November, when Jaeger and its sister company Peacocks went into administration.

Other brands have been in talks with Jaeger’s administrators for months but no deal had been reached.

The deal with M&S is still being finalised but is expected to include Jaeger’s intellectual property and not its 63 stores, leaving jobs at risk.

M&S did not confirm, when questioned by the Stray Ferret, whether its deal would save Jaeger’s existing stores.

“We have set out our plans to sell complementary third party brands as part of our Never the Same Again programme to accelerate our transformation and turbocharge online growth.

“In line with this, we have bought the Jaeger brand and are in the final stages of agreeing the purchase of product and supporting marketing assets.

“We expect to fully complete later this month.”