0 Items
New chef and manager at Roecliffe pub
by 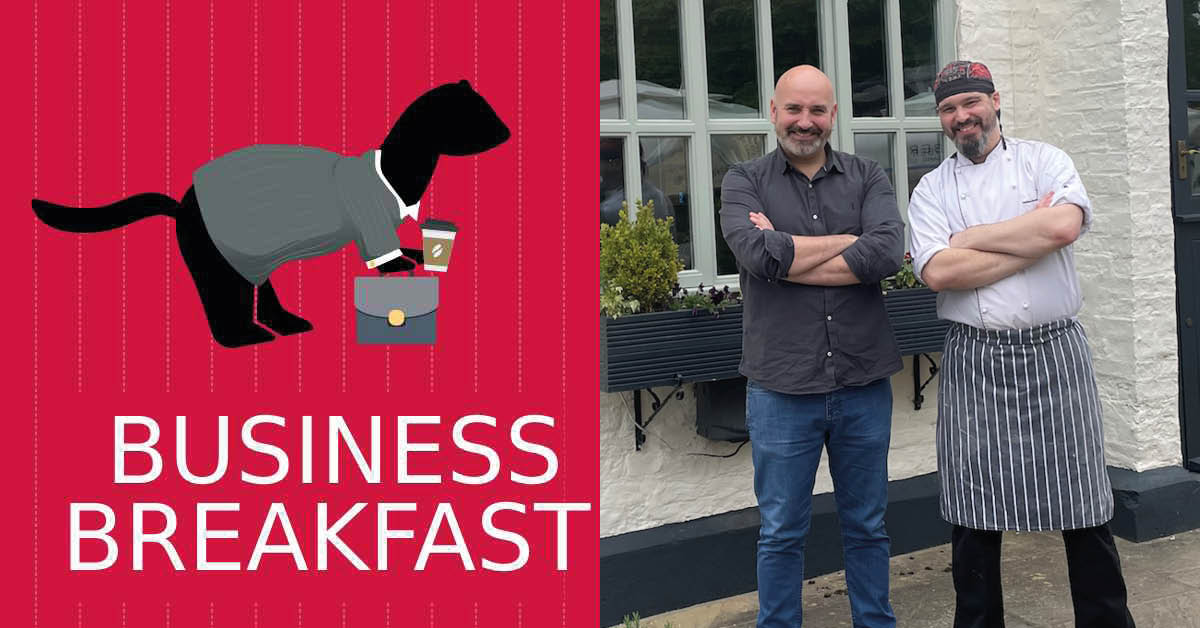 Paul Binnington and Paul Murphy outside the Crown Inn, Roecliffe.

A new chef and general manager have been appointed at the Crown Inn in Roecliffe, near Boroughbridge.

The 16th century coaching inn was bought by the Coastal and Country Inns Group in September 2020 and was subsequently refurbished.

The group has hired chef Paul Murphy, who previously helped to establish the Timble Inn near Otley into a five-star hotel. He also worked with fellow chef Frances Atkins at the Michelin-starred Yorke Arms near Pateley Bridge.

Paul Bennington will also join the team as general manager.

Mr Binnington, who first teamed up with Paul Murphy at the Station Inn in Birstwith, previously ran the Black Lion in Thirsk.

“These two appointments are crucially important for the future of the Crown. The two Pauls, who are both very experienced and very talented, are a true dream team. They work brilliantly together.”

The Duchy Hospital in Harrogate has worked alongside a UK-based Ukrainian Doctor to deliver more than 110 tonnes of medical supplies to Ukraine.

Working with the Ukrainian doctors’ union and the British Red Cross, the Duchy Hospital has identified the supplies needed by war-hit hospitals.

The Duchy Hospital is one of 53 Circle Health Group hospitals that has stockpiled supplies such as ventilators, crutches, respiratory masks, scrubs, wound kits and operating tables for Ukrainian hospitals.

The latest delivery contained £185,500 of medical equipment loaded on 35 pallets.

Staff and doctors at Duchy Hospital have raised additional funds with a bake sale, food collection and a 12-hour continuous cycle, which have raised more than £2,000.

“My heart breaks for my fellow doctors back home who are fighting heroically to care for the sick and wounded – even as the bombs continue to fall. Hospitals are struggling to get basic supplies because transport and manufacturing have been so badly disrupted, so I knew I had to do something to help.”

CityFibre has now made homes in Knaresborough, Rossett Green and the area to the south of the Stray in Harrogate ready to be connected to the full fibre network.

Homeowners can use providers such as Boundless Networks, TalkTalk, Zen Internet and Vodafone to join the network.

The rollout is set to continue to new areas in Pannal, Bilton and parts of Starbeck. Works in Ripon will get underway later this year.

“CityFibre has been making great progress and people we’ve spoken to have been amazed at just how much fibre we’ve put down in the last 15 months. It’s hugely exciting to now see areas in Harrogate and Knaresborough ready for service and the first residents starting to benefit from our digital investment that will future-proof their connectivity for decades to come.”

CityFibre is investing £46 million in Harrogate, Knaresborough and Ripon to bring a full fibre broadband infrastructure.