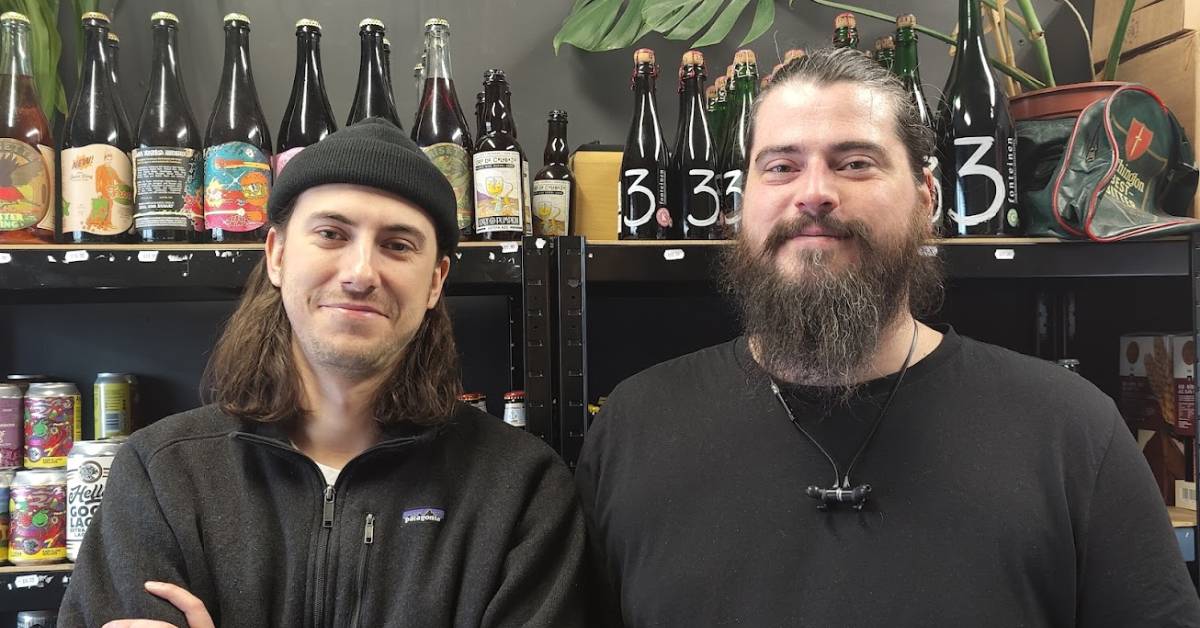 The owners of Husk Beer Emporium in Harrogate hope to open a bar this summer that showcases the best craft beers from the UK and abroad.

Danny Duckworth and Tom Gill, both 33, opened the shop on King’s Road just before the first covid lockdown. It sells a wide array of craft beers with idiosyncratic branding and flavours.

They said the next step is opening their own bar and they recently submitted plans to Harrogate Borough Council to do this.

The bar would be in a unit that was previously home to Greek restaurant Souvlaki on Station Square, opposite the Queen Victoria monument.

If all goes to plan, they said the venture could open by May. It will offer live music, meet the brewery nights, food, outdoor seating and an ‘Aladdin’s cave’ of unique beers. 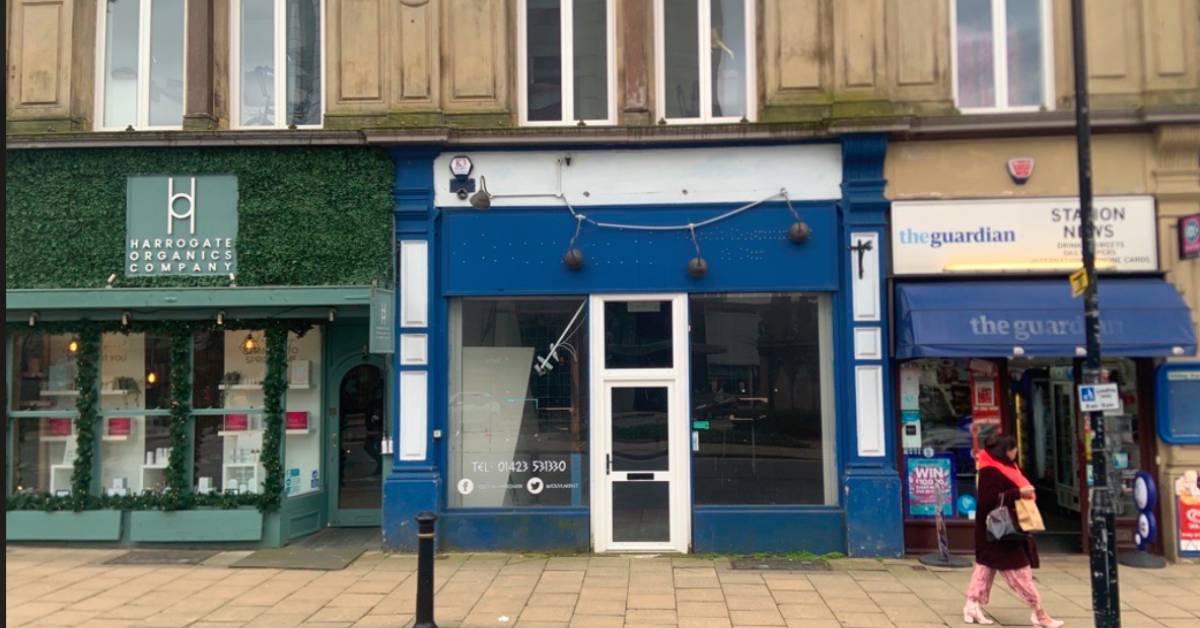 The bar would open in this empty unit on Station Square

The friends met as students at St Aidan’s Church of England High School and are excited by the prospect of moving into a more prominent location in the town.

Mr Duckworth believes craft beer can offer a more immersive experience for drinkers than traditional real ale, due to its taste combinations and flavours.

He said variety was the key to what they offer.

“We pride ourselves on weird and wonderful beers”

As well as selling more traditionally brewed craft beers, Husk also has a well-stocked range of alcohol-free and gluten-free options.

“People come here on a Friday and buy eight bottles of beer and they will all taste different.” 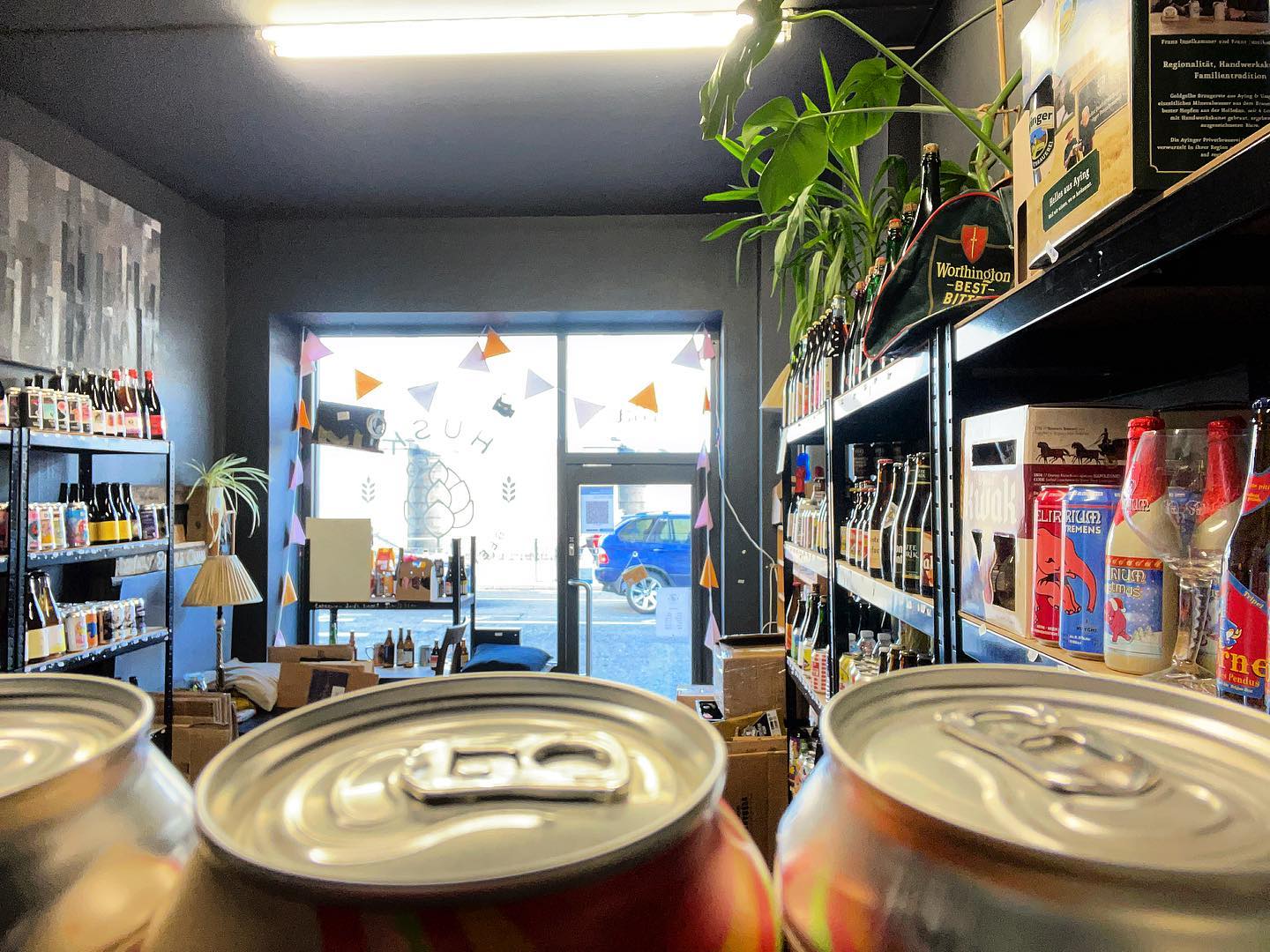 Craft beer muscled its way onto the drinking scene several years ago and the trend has proved that it has staying power.

Harrogate was once not known for alternative, DIY-style bars, but Mr Duckworth said Major Tom’s Social opened the door for places like the Disappearing Chin, North Bar and themselves.

Mr Gill said he hopes Husk bar can be part of a Harrogate craft beer trail, boosted by the Station Gateway scheme that would see the outside area at the end of James Street pedestrianised to allow for al-fresco summer drinking.

“More and more people are seeking places like this out.”

“The craft beer scene in Harrogate is buzzing for us to open, we hope they can support us.”

If you love gardening and want to take it to the next level this might be for you..
https://buff.ly/39Pcl8h