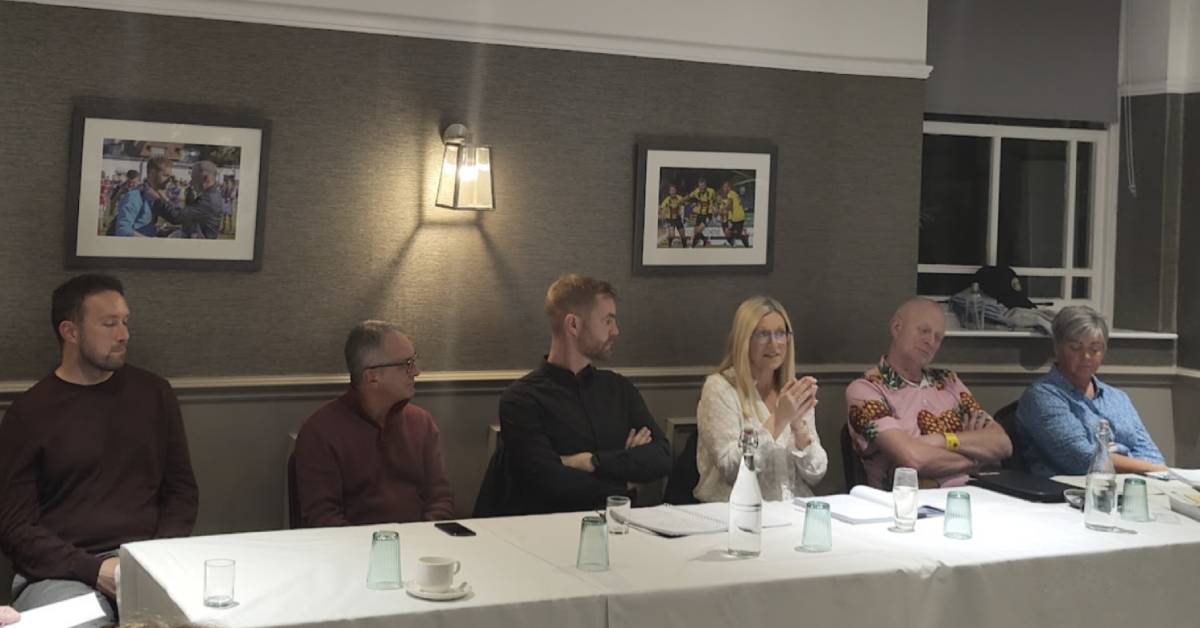 The new chief executive of Harrogate Town has said the club’s online ticketing system, which led to some fans being unable to attend last weekend’s match, is “not fit for purpose” and is giving the club a bad reputation.

At about midday on Saturday, the club posted on social media that its online ticket booking system was down.

The club had already closed its box office at 11am to avoid long queues forming on Wetherby Road so disappointed fans yet to buy tickets were unable to attend.

One fan, who had hoped to attend but was unable to buy a ticket, told the Stray Ferret the situation was “a farce”.

‘We’ve got a problem’

Sarah Barry, who was appointed chief executive last month, was on a panel at a Harrogate Town fans forum at the Cedar Court Hotel last night.

“The ticketing system is not fit for purpose. It’s one of the priorities I have to fix.

“It wasn’t tested during the pandemic. We’ve got a problem.”

Ms Barry defended some of the criticism levelled at the club and said many of the ticketing problems were outside its control. She said the club was working on a Plan B that could see it move to a new online ticket booking provider.

She said several other clubs in the English Football League had encountered similar problems with Town’s current provider. She did not say which ones.

“It’s not an overnight fix. There have been different problems all outside of Harrogate Town.

“It’s a rotten experience and gives us a bad reputation. Give me a chance to find a solution.”

Ms Barry said the ongoing closure of the 1919 bar at the ground meant some fans had been drinking in pubs away from Wetherby Road and coming to games nearer to kick off, causing long queues.

This contributed to the club’s decision to stop selling tickets in-person from 11am to encourage fans to buy online.

However, Ms Barry conceded that the 11am announcement “was not communicated enough” and led to a “perfect storm” due to the online system being down.

Ms Barry said from the next home game against Scunthorpe on October 9, the club will sell tickets from its shop on Commercial Street until 3pm to allow fans to purchase tickets in-person closer to kick off.